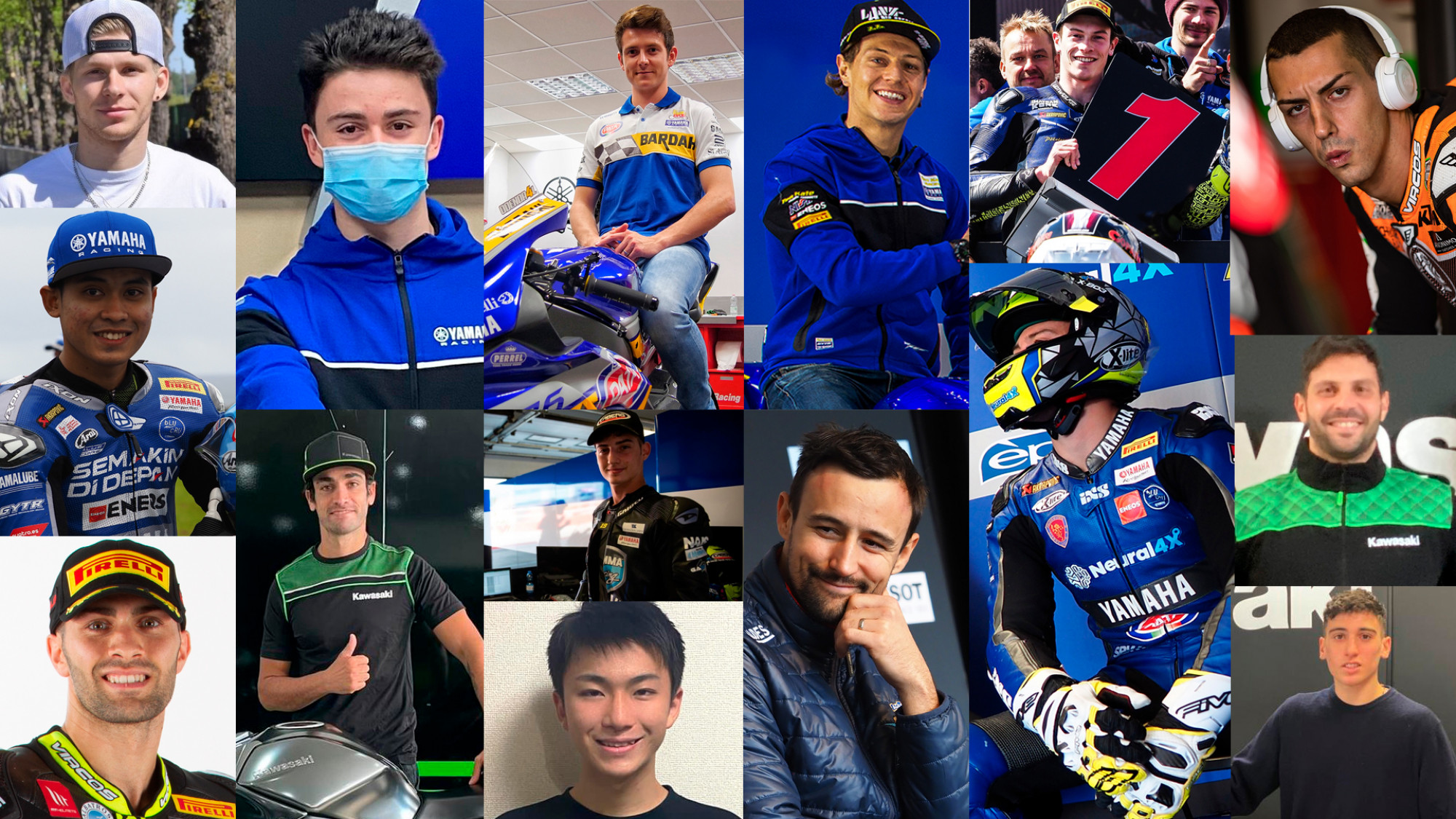 29 riders and just three teams remaining the same as 2020, the winds of change have swept through the World Supersport paddock

The 2021 FIM Supersport World Championship entry list has been revealed and whilst there’s some familiarity, the majority of the field will be in a new team for the new season. All of the top six teams from the 2020 Championship season feature partly or completely new line-ups, with riders changing teams and some teams even changing manufacturers. Let’s take a look at the novelties for the season ahead.

The main one is defending Champions Evan Bros. WorldSSP Team bring in Steven Odendaal, with the South African entering his second season in the class in a bid to bring the team a third consecutive Championship, after Andrea Locatelli moved into WorldSBK. Odendaal is replaced at the Ten Kate Racing Yamaha team by Dominique Aegerter, a rookie in 2021, and Indonesia’s Galang Hendra Pratama. The Ten Kate team had collaborated with the EAB squad in 2020 but now they are both operating independently, with the EAB Racing Team hiring 2019 World Champion Randy Krummenacher for the forthcoming season.

Krummenacher started 2020 with the MV Agusta team and now, under the MV Agusta Corse Clienti outfit, there’s no Raffaele De Rosa as he joins the Orelac Racing VerdNatura squad. The MV team does have Niki Tuuli for 2021 while a second rider is yet to be announced in what promises to be an all-new line-up. Tuuli is a race winner in WorldSSP, previously with Kallio Racing and the Finnish team also have a new look to them, with Vertti Takala joining Estonia’s Hannes Soomer, the latter of whom is in his second year with the team.

Federico Caricasulo returns to World Supersport and is alongside Jules Cluzel at the GMT94 Yamaha squad, with Corentin Perolari switching to MotoE in 2021. Third in the World Championship in 2020, Philipp Oettl has a new teammate at the Kawasaki Puccetti Racing team and that is Can Öncü. The Puccetti team is also expanding and welcomes one of a raft of new teams in 2021 with the Motozoo Puccetti Racing outfit, led by WorldSBK race winner Michel Fabrizio, whilst Shogo Kawasaki will be the team’s WorldSSP Challenge rider.

Yamaha MS Racing go for a completely new look with Pawel Szkopek returning to the class at the age of 45, alongside 19-year-old Marc Alcoba. Thomas Gradinger is back aboard the DK Motorsport Yamaha for the WorldSSP Challenge, whilst Leonardo Taccini is aboard the Orelac Racing VerdNatura Kawasaki too, going for WorldSSP Challenge success. Whilst remaining in the same team, Manuel Gonzalez will be on a Yamaha as his team rebrands to the Yamaha ParkinGO Team. Only two full-time teams have remained identical to last year: Danny Webb and the WRP Wepol Racing squad and Christoffer Bergman and the Wojcik Racing Team.

Follow the full season in style with the WorldSBK VideoPass!