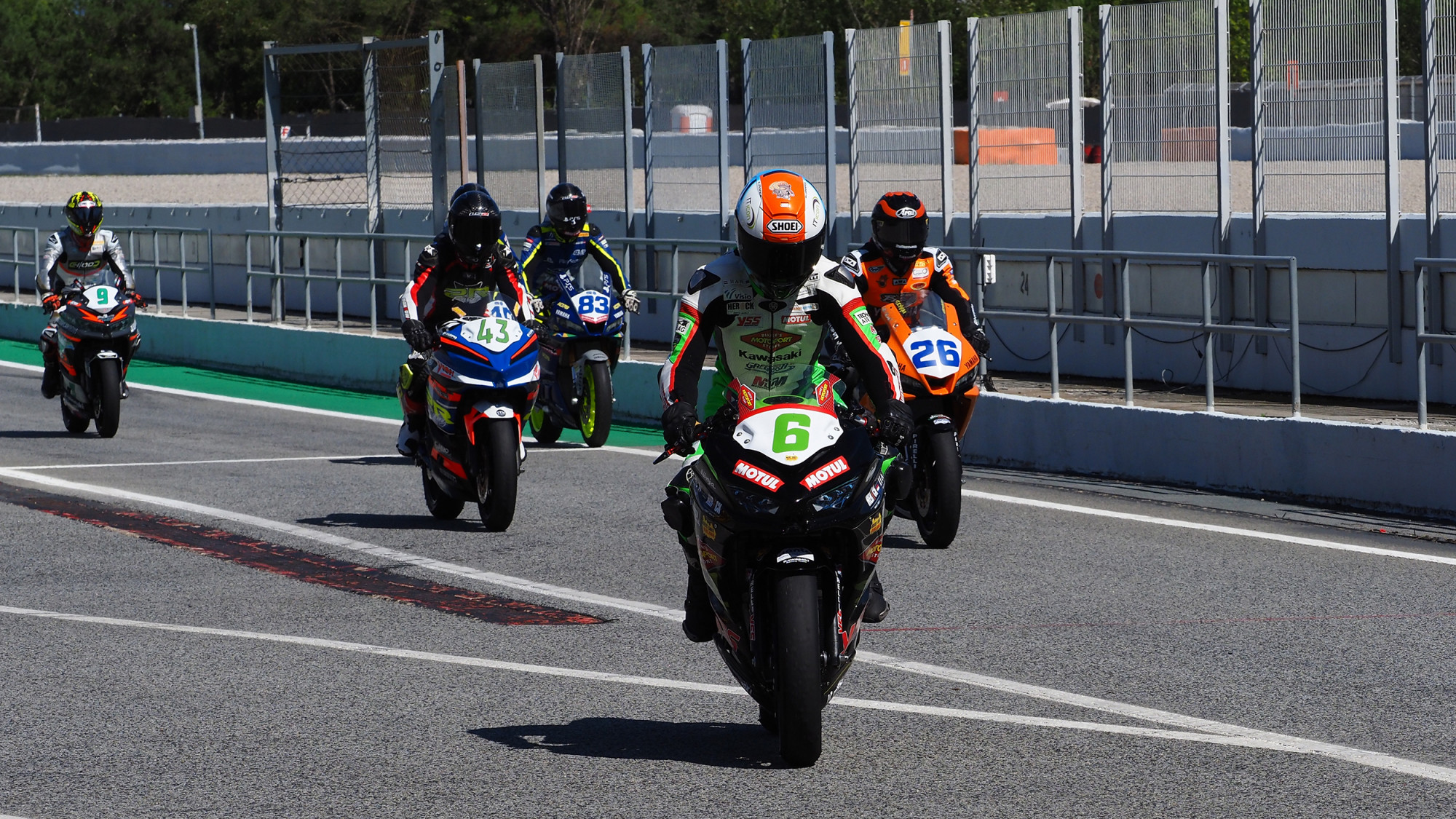 The FIM Supersport 300 World Championship paddock heads to the Circuit de Barcelona-Catalunya for two days of testing ahead of the 2021 campaign getting underway with 37 riders taking to the track across the allotted days. The Supported Test will take place across Monday and Tuesday with the WorldSSP300 riders sharing their two days of action with riders from WorldSSP, with each day split into sections.

WorldSSP300 machines will take to the track from 9:00am Local Time (GMT+2) until 11:00am and again from 2:00pm until 4:00pm on both days, giving them a total of eight hours of track time across both days of action as riders from up and down the grid look to get as ready as possible ahead of what is sure to be a hard-fought 2021 campaign.

Reigning Champion Jeffrey Buis (MTM Kawasaki) will be joined by two of his three teammates as Adrian Huertas and Koen Meuffels join the action, while 2020 race winner Yuta Okaya will not be present. Buis is not the only Champion from WorldSSP300 on track as 2018 title winner Ana Carrasco (Kawasaki Provec WorldSSP300) joins the action as her recovery from injury continues. Yamaha MS Racing will be represented by four riders across two teams as brothers Ton and Meikon Kawakami test for AD78 Team Brasil by MS Racing while Unai Orradre, who last year became the youngest ever race winner in WorldSSP300, and Miguel Santiago Duarte are with Yamaha MS Racing.

Turkish race winner Bahattin Sofuoglu (Biblion Motoxracing Yamaha) returns to WorldSSP300 after a season of fighting at the front, alongside new teammate Marco Gaggi. Both will be at the Barcelona test, while the all-new Viñales Racing Team, featuring Dean Berta Viñales and Kevin Sabatucci will take to the track ahead of their first WorldSSP300 campaign.

Gabriele Mastroluca and Devis Bergamin will take to the track for ProGP Racing while Samuel di Sora and Sylvain Markarian will contest for Leader Team Flembbo, including an outing at the test. Further down the paddock and Fusport – RT Motorsports by SKM – Kawasaki will have their three riders on track as Tom Booth-Amos, Dorren Loureiro and Harry Khouri taking part in the test.

Watch action throughout 2021 from WorldSSP300 using the comprehensive WorldSBK VideoPass!