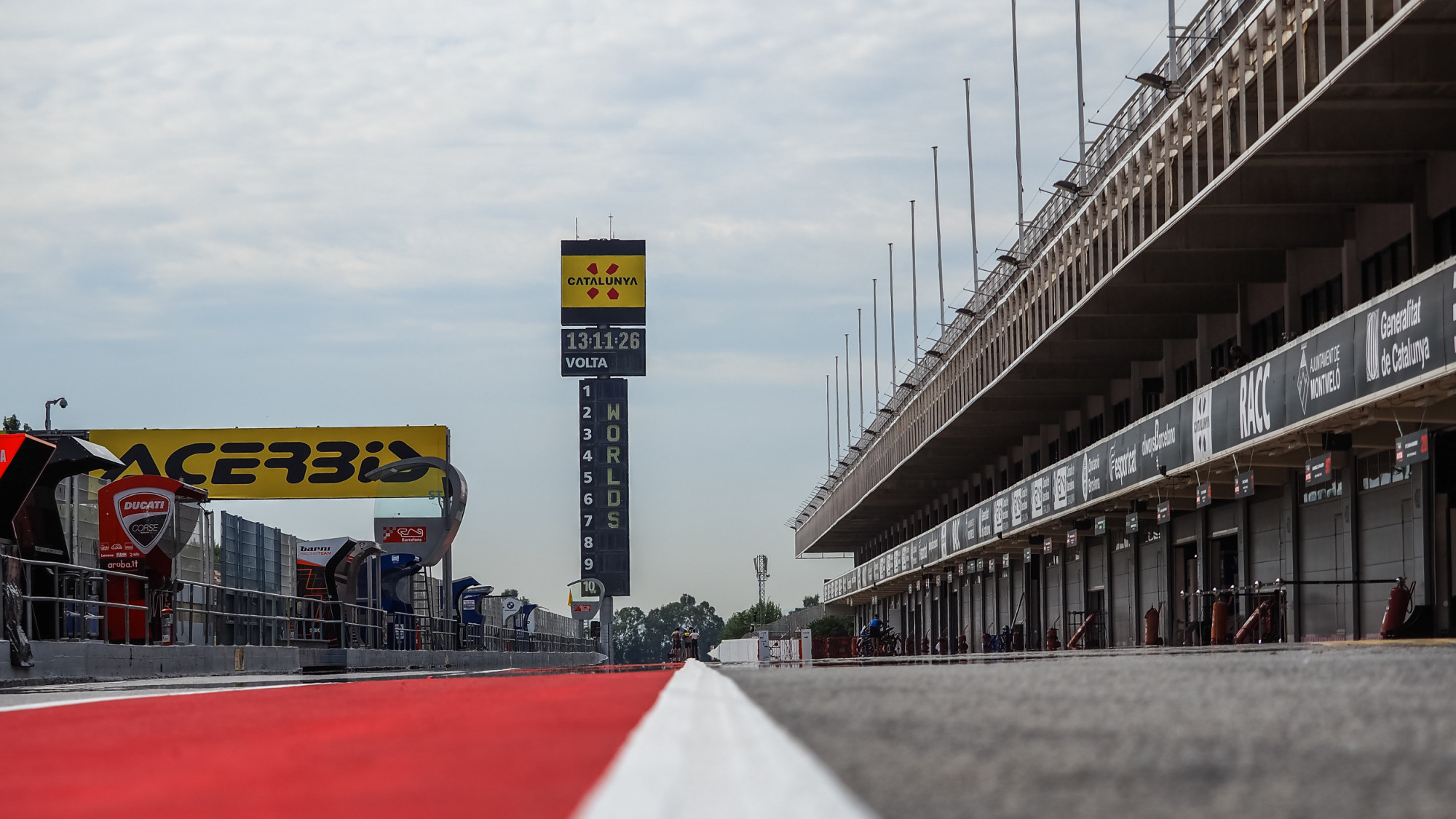 With the start of the FIM Supersport World Championship edging closer, with the season set to open at MotorLand Aragon in May, both WorldSSP and WorldSSP300 machines will be on track at the Circuit de Barcelona-Catalunya for a Dorna-Supported Test on Monday 29th and Tuesday 30th March as preparations ramp up for the upcoming season with eight hours of track time available across two days.

Track action across each day has been divided up into two-hour blocks with WorldSSP riders sharing their two days with their WorldSSP300 counterparts. On Monday and Tuesday, WorldSSP machines will take to the track between 11:00am and 1:00pm Local Time (GMT +2) and also between 4:00pm and 6:00pm.

22 riders from WorldSSP will take to the track, featuring a revised Turn 10 layout, with 2019 Champion Randy Krummenacher (EAB Racing) returning to the Championship while WorldSBK race winner Michel Fabrizio (Motozoo Puccetti Racing) also makes his WorldSSP comeback after 16 years away from the Championship. Fabrizio is joined by rookie and WorldSSP Challenge competitor Shogo Kawasaki. Moto2™ stalwart Dominique Aegerter will be at the test for his new WorldSSP team, Ten Kate Racing Yamaha, with teammate Galang Hendra Pratama.

Reigning Teams’ champions Evan Bros. WorldSSP Yamaha Team will field one rider in 2021 with Steven Odendaal switching to the outfit that has won the last two riders’ championships with Krummenacher and Locatelli. GMT94 Yamaha have a line-up of Jules Cluzel and Federico Caricasaulo for the new season with both on track in Barcelona, while another front-running team, Kallio Racing, will have both Estonian Hannes Soomer and Vertti Takala on track at the test.

Three more teams will field two riders each in the upcoming season with Raffaele de Rosa and Leonardo Taccini linking up with Orelac Racing VerdNatura and will be at the test on Monday and Tuesday, alongside VFT Racing duo Federico Fuligni and Davide Pizzoli. Another rider making a comeback, Pawel Szkopek (MS Racing) will be the oldest rider on the grid in 2021 and will be on track in Barcelona alongside teammate Marc Alcoba.

Niki Tulli (MV Agusta Corse Clienti) returns to the Championship with MV Agusta as the manufacturer’s sole representative. Manuel Gonzalez (Yamaha ParkinGo Team) will be back for a second season after a strong rookie campaign after moving up from WorldSSP300, while he is faced with an additional challenge in 2021 as he switches from Kawasaki to Yamaha machinery although stays with the same team.

Five more riders will be on track during the Barcelona test and four will compete for WorldSSP Challenge honours in 2021. Danny Webb (WRP Wepol Racing) is signed for the full season while Maria Herrera (Biblion Iberica Yamaha Motoxracing), Luca Bernardi (CM Racing), Luigi Montella (Chiodo Moto Racing) and Stephane Frossard (Moto Team Jura Vitesse) will all test at Barcelona over the course of two days as they prepare for their WorldSSP Challenge campaign.

Follow action from the two-test and throughout 2021 using the WorldSBK VideoPass!