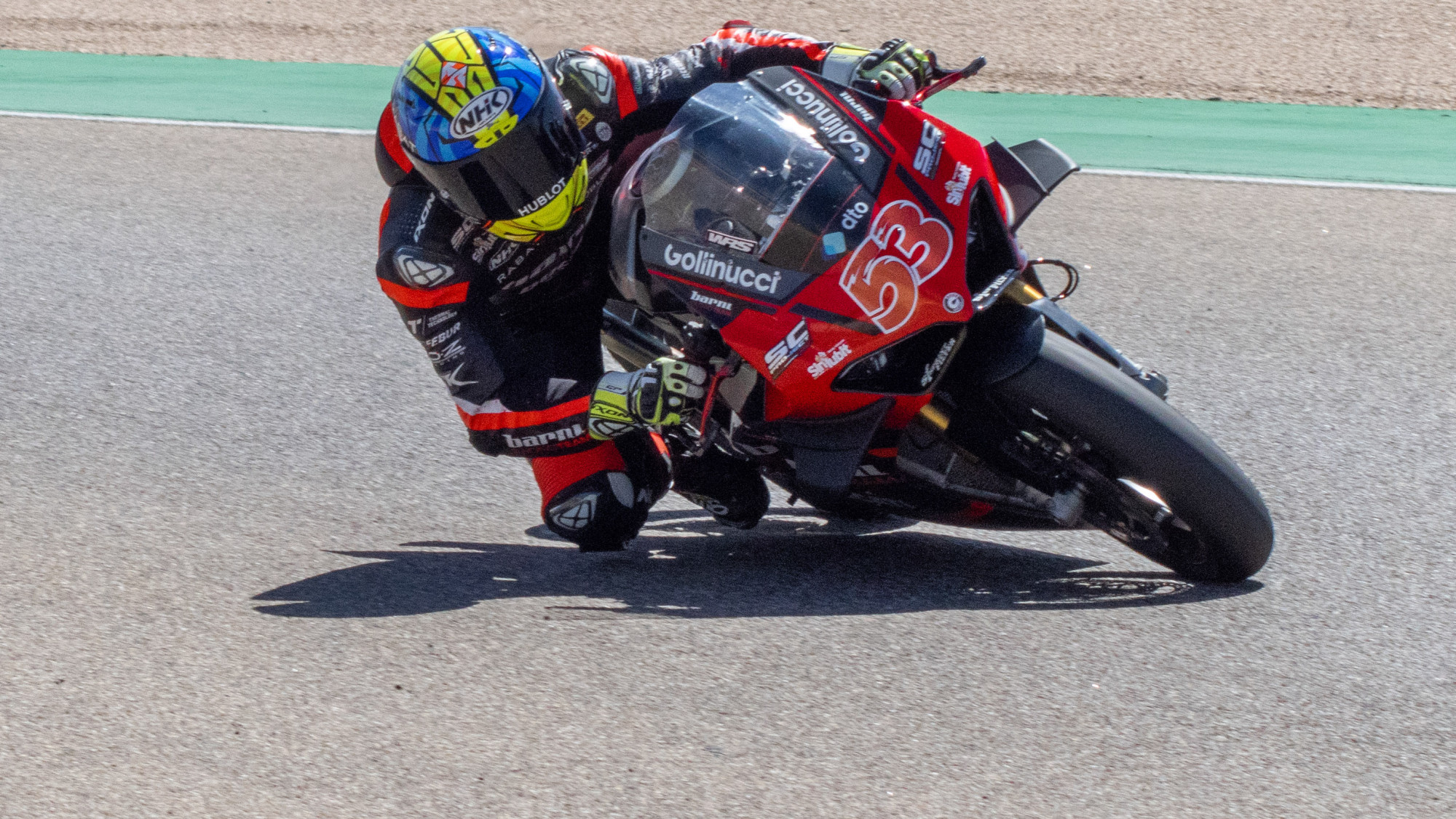 Rabat, taking part on a street bike, only took part on the second day of action in Spain but posted the fastest time of the test with a 1’51.908s as he completed 76 laps at MotorLand Aragon, as the sole WorldSBK representative on track. Less than a second behind him was WorldSSP rookie Dominique Aegerter (Ten Kate Racing Yamaha) as the fastest WorldSSP rider throughout the test, posting a 1’54.344s and completing 144 laps across the two days. Teammate Galang Hendra Pratama completed 98 laps as he posted a best time of 1’56.601s, set on the opening day.

Estonian rider Hannes Soomer (Kallio Racing) was in third place on his Yamaha YZF R6, setting a best time of 1’54.367s, finding a whole second between the two days after setting the fastest lap on day one. Soomer was joined by teammate Vertti Takala on day one of the two-day test, with the Finn posting a best time of 1’57.989s after completing 25 laps on the first day.

VFT Racing’s Federico Fuligni was fourth fastest with the Italian completing 144 laps across both days, posting a best time of 1’54.481s while his VFT Racing teammate, Davide Pizzoli, was just a tenth away from Fuligni. Fuligini added 101 laps to the VFT Racing team’s total as they put in valuable mileage at MotorLand Aragon.

Marc Alcoba (Yamaha MS Racing) was the fifth fastest from WorldSSP as the Spanish rider completed 67 laps across the two days, posting a best time of 1’54.822s, also finding a heap of time between the two days. Stephane Frossard (Moto Team Jura Vitesse) suffered from a crash at the end of day one but still managed 60 laps and added a further 30 laps to his total on day two as he posted a best time of 1’58.873s. Pawel Szkopek (Yamaha MS Racing) finished last of the WorldSSP competitors with a best time of 1’59.381s as he continues his WorldSSP comeback, putting in 69 laps across Tuesday and Wednesday.

In WorldSSP300, it was the youngest ever race winner in the class on top of the timesheets as Unai Orradre (Yamaha MS Racing) posted a best time of 2’07.550s to head the field, fending off the challenge from brothers Ton and Meikon Kawakami (both AD78 Team Brasil by MS Racing). Ton finished just two tenths away from Orradre while Meikon was a further half-a-second back from Orradre’s pace. Ton had set the pace on day one of running but was overhauled by Orradre as the test continued into Wednesday with both Kawakami brothers aiming to work on setup throughout the two-day test, despite cold conditions at the start of the test.

Johan Gimbert (TPR Team Pedercini Racing) was fourth in the class with a 2’05.514s after completing 43 laps having only taken part in Wednesday’s running. He finished ahead of Ana Carrasco (Kawasaki Provec WorldSSP300) as she continues her return from injury, completing 128 laps and posting a best time of 2’08.717s, with the Murcian rider focusing on setup for her Kawasaki Ninja 400 and the feeling of the bike. Rounding out the WorldSSP300 field was Miguel Santiago Duarte (Yamaha MS Racing) as the Portuguese rider set a best time of 2’11.409s, with James McManus (Team# 109 Kawasaki) finishing bottom of the classification with a best lap of 2’12.378s.

Don’t miss the action from WorldSBK, WorldSSP and WorldSSP300 in 2021 using the WorldSBK VideoPass! 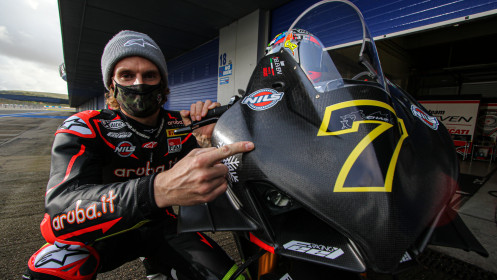 After losing his seat at ARUBA.IT Racing – Ducati, Chaz Davies made the switch to Team GOELEVEN and appeared at the two-day Jerez test with the team