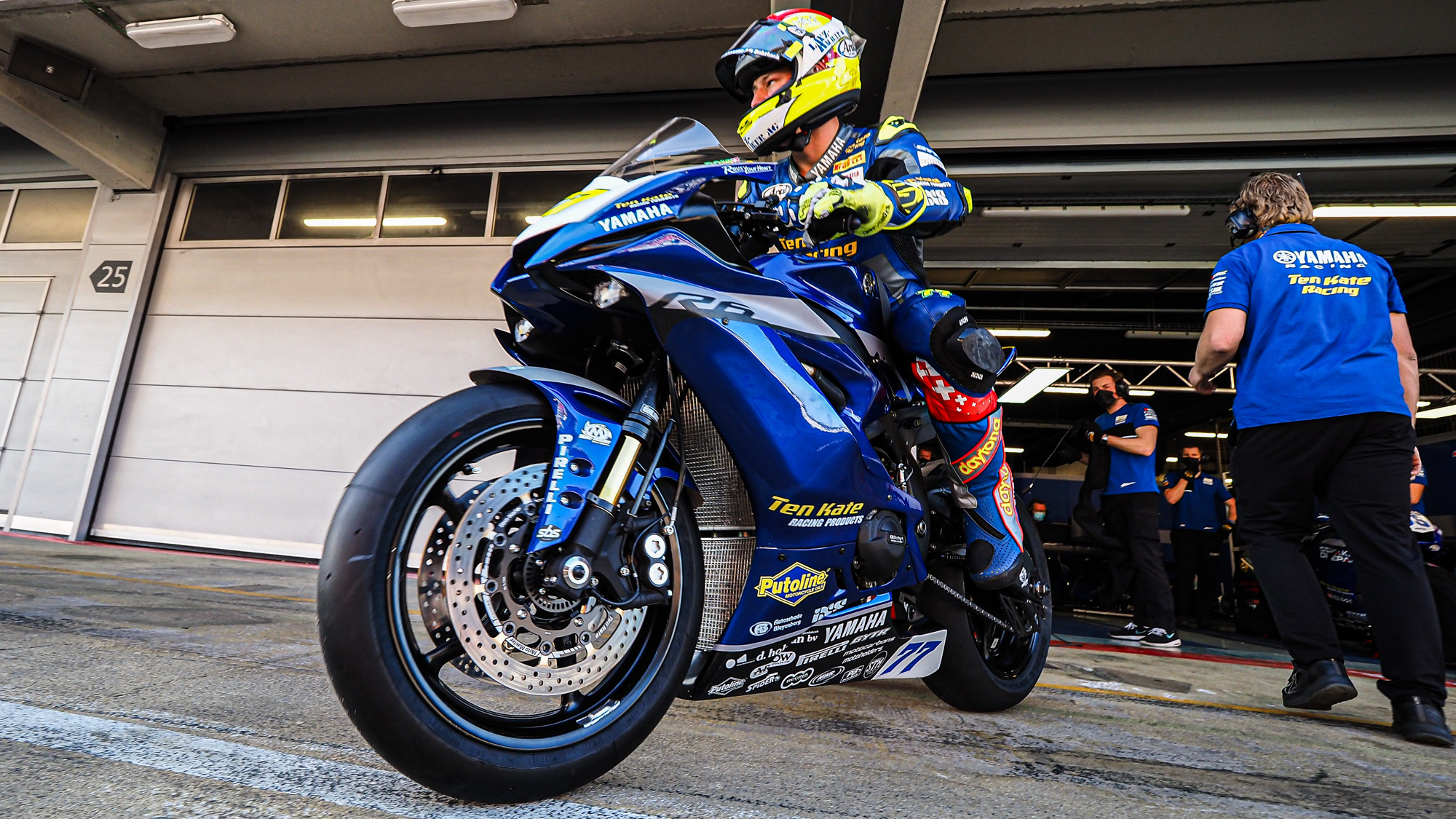 The return of a Champion, familiar faces coming back and a new format are just some of the stories to watch out for throughout the 2021 WorldSSP season

The return of the FIM Supersport World Championship for the 2021 campaign brings with it a new line-up of riders including some new rookie competitors as well as some riders from 2020 switching teams. With the top two from the 2020 season moving into the MOTUL FIM Superbike World Championship, there are many stories that will unfold throughout the 2021 campaign. Here, we look at some of the stories that could play out through the 2021 season.

Familiar faces return to the paddock…

There are some big names making a return to the Championship in 2021, with 2019 Champion Randy Krummenacher (EAB Racing Team) the headline name. After a challenging 2020 campaign where he missed all but one race – and did not finish in the Australian Round – the Swiss rider is back on the Yamaha YZF R6 as he looks to make it two titles in three seasons. After a year competing in WorldSBK, Federico Caricasulo (GMT94 Yamaha) returns to WorldSSP with a new team, alongside Jules Cluzel, with Caricasulo already outlining who he expects to be fighting for the title this season. With the possibility of an intra-team battle defining the season, 2021 is a season not to be missed.

Other familiar names returning to the paddock after some time away include four-time WorldSBK race winner Michel Fabrizio (G.A.P Motozoo Racing by Puccetti), the Italian making his WorldSSP comeback some 16 years after his last race in the category and five years after his last in WorldSBK. Poland’s Pawel Szkopek is also making a return to the Championship after nine years away, having last raced in WorldSSP in 2012. Both riders have a lot of experience to their name, but will they be able to make it count?

…but there is a threat to their party

There’s been one consistent theme throughout the offseason and testing so far and that is rookie Dominique Aegerter (Ten Kate Racing Yamaha) looks very quick on his R6 machine. Aegerter finished both days quickest at the Circuit de Barcelona-Catalunya for the Supported Test and has shown strong pace throughout the offseason. Aegerter will be looking to repeat Andrea Locatelli’s (Pata Yamaha with BRIXX WorldSBK) success in his rookie campaign as he stormed to the title in his first WorldSSP campaign.

Maria Herrera (Biblion Iberica Yamaha Motoxracing) and Christoffer Bergam (Wojick Racing Team) have both looked quick in testing as they look to mount challenges in the WorldSSP Challenge and WorldSSP respectively, with Herrera only taking part in the European rounds of the 2021 season.

After a tweak to the format for 2020, with each Round featuring two races for WorldSSP, there has been another slight change for 2021 with the removal of the third free practice session which used to take place on Saturday mornings. Now, WorldSSP riders will get two practice sessions on Friday before heading straight into their Tissot Superpole session on Saturday. The two-race format remains for 2021, but with a reduction in practice, it remains to be seen how this will impact teams and riders across these two races.

Three manufacturers in the hunt

Yamaha’s 2020 Championship glory came partially through Locatelli’s dominance as he claimed victory in 12 out of 15 races, but behind Locatelli there was a huge fight between Yamaha, Kawasaki and MV Agusta machinery. Kawasaki machinery claimed two victories, both with Lucas Mahias (Kawasaki Puccetti Racing) with Yamaha claiming 13; 12 for Locatelli and a shock win for Andy Verdoïa in a rain-affected race in Barcelona. MV Agusta claimed four podiums too, showing all three manufacturers can fight at the front although MV Agusta in 2021 will only be represented by one bike with rider Niki Tulli (MV Agusta Corse Clienti). In 2021, the battle will commence and only get more fierce as the year progresses.

It’s all live throughout 2021: don’t miss a single moment of action from WorldSSP using the WorldSBK VideoPass!