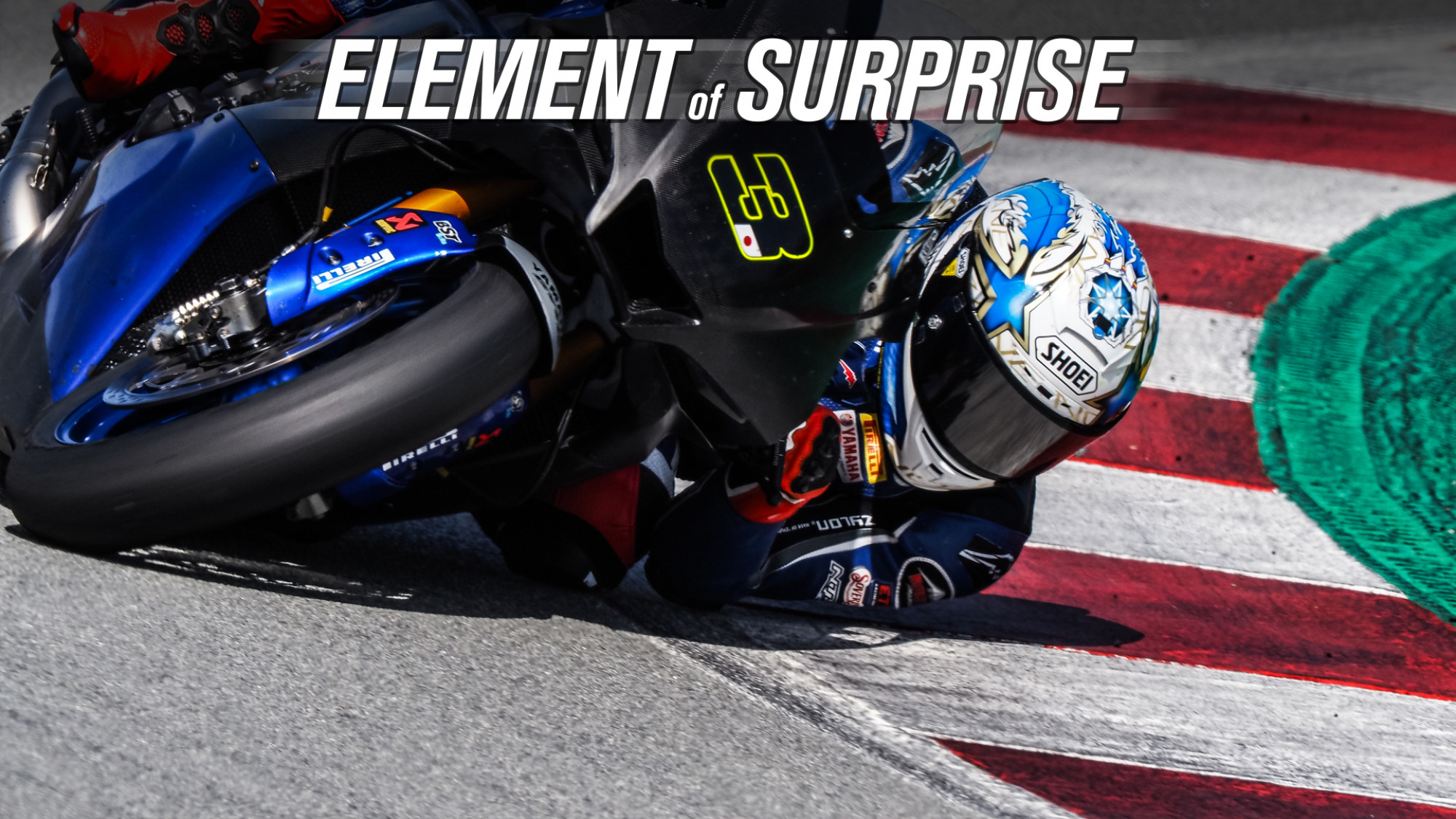 The MOTUL FIM Superbike World Championship two-day Supported Test at the Circuit de Barcelona-Catalunya gave teams and riders a chance to get back up to speed and check out the competition. It was also a chance to look at the riders and teams to get an idea of where performance levels are heading into the 2021 campaign. It also meant there was a direct comparison between each rider, team and manufacturer on track and a chance to look out for any surprises that came up throughout the two days of action.

Towards the top of the timesheets was Garrett Gerloff (GRT Yamaha WorldSBK Team), with the American consistently showing as the fastest Yamaha rider on track. It was no surprise he was quick as he returned to the circuit where he claimed his first WorldSBK podium in 2020, but the nature of the American’s speed did grab people’s attention. At the end of day two, when riders were looking to put in their fastest time, Gerloff and six-time Champion Jonathan Rea (Kawasaki Racing Team WorldSBK) were going head-to-head for the fastest time. Although Rea came out on top in that mini-battle, with Gerloff having a small crash in the second sector of the lap, it showed that Gerloff is ready to fight at the front in 2021.

Gerloff is joined by Kohta Nozane for the 2021 season at GRT Yamaha as the reigning Japanese superbike champion makes the switch to WorldSBK. Although a quick glance at the timesheets may not leave a huge first impression, it was Nozane’s first time ever at the Circuit de Barcelona-Catalunya on the Yamaha YZF R1 as he continues his adjustment to competing on the world stage. He continued to improve throughout the two days and posted the 12th best lap time across both days, only three tenths slower than Toprak Razgatlioglu (Pata Yamaha with BRIXX WorldSBK), albeit with the caveat that Razgatlioglu missed most of the second day of running, and four-tenths slower than fellow rookie Andrea Locatelli (Pata Yamaha with BRIXX WorldSBK).

Locatelli was another who impressed throughout the two days as the reigning WorldSSP Champion moves straight into the factory Yamaha outfit. Having looked to focus on race pace throughout the test, Locatelli finished within a second of Rea’s fastest time throughout the test and ahead of teammate Razgatlioglu, although, again, Razgatlioglu did very little running on the second day. On day one, when both riders completed the entire day of running, the gap was around six tenths in Razgatlioglu’s favour. It was an impressive run for the Italian rider after focusing on his race pace, and the dominant 2020 WorldSSP Champion will be hoping to build on that as the start of the season approaches.

Jonas Folger (MGM Bonovo Action) made two wildcard appearances on Yamaha machinery and consistently fought for a place in the top ten, despite a technical issue hampering him in the Tissot Superpole session at the Catalunya Round. Fast forward to now and Folger is back in WorldSBK with the same team but on the brand-new BMW M 1000 RR with a full-time campaign. On day one, he was the second-fastest BMW rider as he finished four-tenths behind Tom Sykes (BMW Motorrad WorldSBK Team) while on day two they reversed positions: Folger around two tenths clear of Sykes. His time from day two, a 1’40.699s, was the fourth-best time from the two-day test and showed his potential on the new bike.

After a strong debut season for the CBR1000 RR-R, Team HRC’s Alvaro Bautista and Leon Haslam came out of the blocks in Catalunya in fine form, with Bautista topping the top speed charts throughout the tests but with both riders showing strong pace throughout the test: Haslam across both days while Bautista missed the majority of the second day of running due to a motocross accident prior to the test. After building throughout 2020, which culminated in Bautista securing Honda’s first podium since their return as a factory outfit, a strong start to the 2021 season – with Haslam second on day one, just a tenth behind Rea – bodes well for Team HRC as they look to challenge for consistent podiums and race wins.