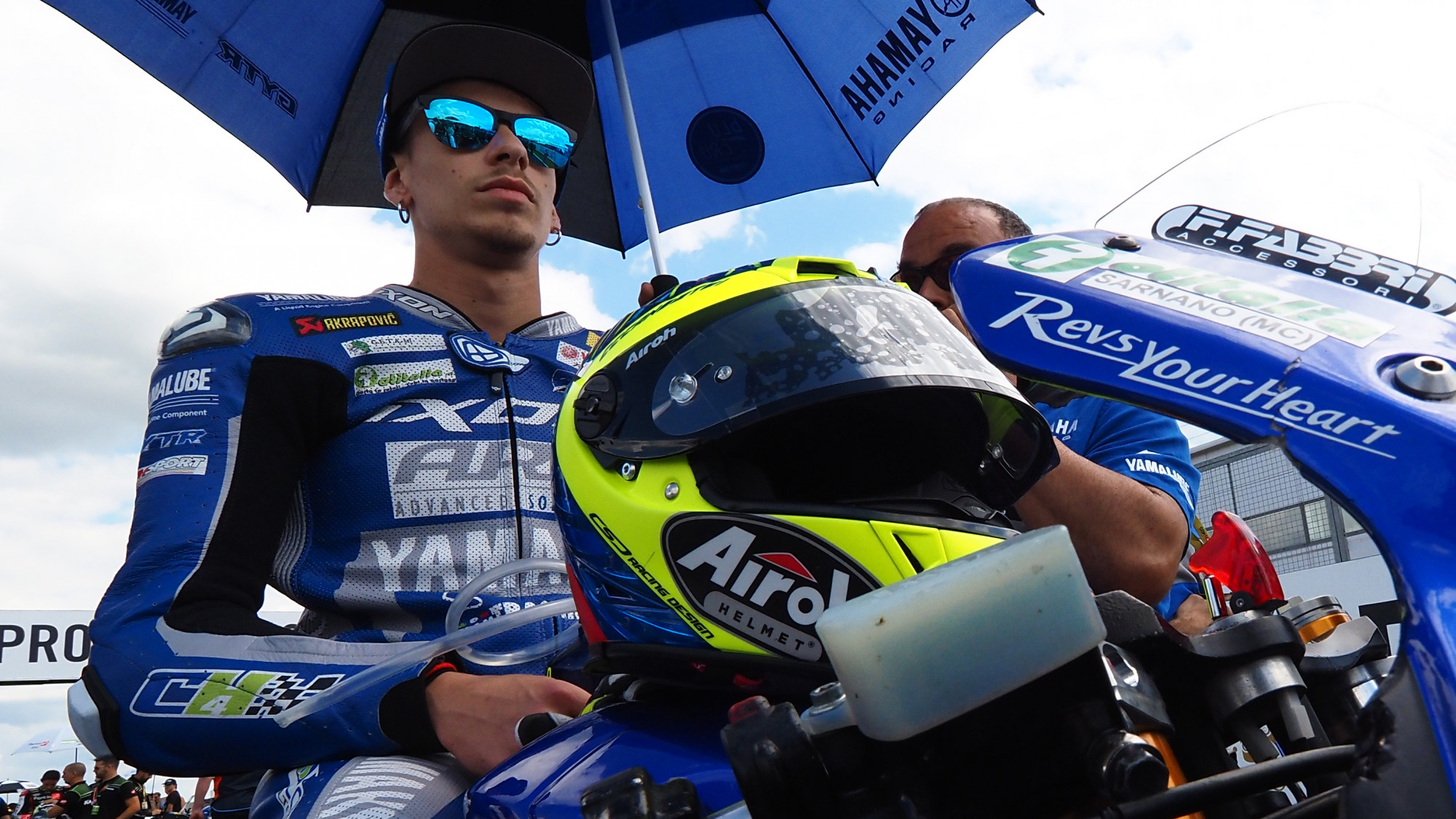 The recently announced Viñales Racing Team have confirmed their line-up for the 2021 FIM Supersport 300 World Championship as Italian rider Kevin Sabatucci returns to the class for a fourth year while Dean Berta Viñales will make his debut in WorldSSP300 along with the team as they prepare for their first WorldSSP300 season.

Sabatucci has competed in 23 WorldSSP300 races since making his debut in 2018 and has shown pace throughout with the 21-year-old claiming two podiums and one victory; his first podium coming in his first WorldSSP300 at Imola in 2018. His first win came in the 2019 season when he claimed victory at Donington Park.

2020 proved to be more of a challenge for Sabatucci as he was unable to take a podium finish throughout the season, with a best finish of fourth coming at Magny-Cours in Race 1. In 14 races, the Italian finished in the top ten on five occasions and claimed eight points finishes; once again showing his pace and potential on a regular basis.

Sabatucci said: “I am very excited, and it is my great pleasure to be part of the project of the newly created Viñales Racing Team. I haven't set any expectations, I am and must remain calm, continue my grind and work very well and very hard to be able to be very strong before the start of the championship. Then it will only be left to wait for the right moment and give it all on the track. I'm so happy to have had this opportunity, looking forward to meeting Angel, Maverick, my teammate Dean Berta Viñales in person, and all the Team!”

The Italian will be joined by another motorcycle racer from the Viñales family as Dean Berta makes his debut on the international stage. Viñales, who will be 15 when the season starts at TT Circuit Assen at the end of April, has been competing in the European Talent Cup in 2019 and 2020, taking a best result of 13th place in 2020.

Dean, the cousin of WorldSBK rookie Isaac and MotoGP™ star Maverick, said: “This year I've been given the opportunity to be with the Viñales Racing Team and we're excited, very happy and looking forward to getting started as soon as possible. I am very grateful for the opportunity the team have given me to take part in the WorldSSP300 World Championship. We are slowly fulfilling dreams. I'm sure together we will do a good job. I am looking forward to meeting my teammates and start working together. I must thank my family and sponsors greatly for their help and trust they are placing in me.”

Team Manager Angel Viñales added: “We needed a rider in the team with the experience that we lack in the rest of this Championship so we could adapt more easily. Kevin is definitely a born winner, a committed rider and hardworking. I hope he feels really happy with the team and can bring out all the potential on track. Not to put pressure on him, but I wish to see a lot of finishes on the podium.

“It's a pride for me to be able to count on Dean in the team. He deserves this opportunity so much, he has a great talent, and he will finally be able to show it. I want you to learn, have fun, evolve, work hard to celebrate together all the successes you will definitely reap,” he added when discussing the signing of Viñales.

Follow all the action from the 2021 WorldSSP300 season using the WorldSBK VideoPass!