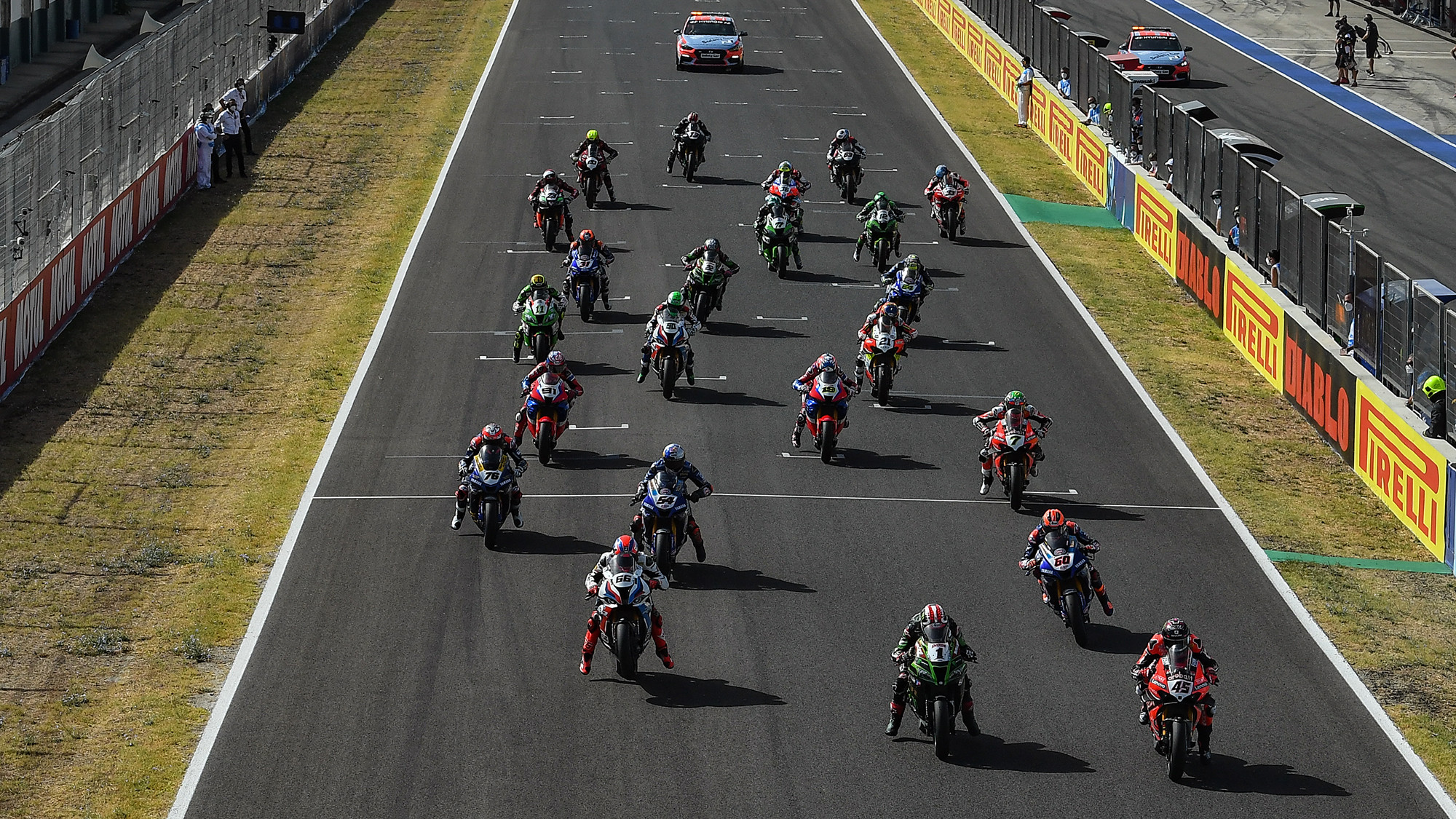 The practice and testing restriction were reviewed mainly to clarify with which type of road motorcycles for training purposes is permitted. The goal is to avoid trainings and track familiarisation with bikes prepared for racing. Teams and riders have been limited to ten days of private running, not including Official or Supported tests.

Timetable of the season 2021

The WorldSSP300 will no longer compete in 2 groups for qualifications but in one group only.

The Long Lap penalty(ies) having proved its efficiency in GP will be also applied in the range of sanctions for the FIM WSBK. However, the Long Lap Penalty may not be applied at all circuits due to their configuration. Therefore, it will be a duty of the FIM Inspector/Safety Officer to decide on which circuit this LLP will be applied.

Riders who see a yellow flag displayed are required to slow down to protect fallen riders and attending marshals. Riders passing a yellow flag zone in all practice sessions will have the time for that lap cancelled. The message given to riders is that they cannot improve their time under a yellow flag, so there is no reason NOT to slow down.

At the last meeting of the FIM Circuit Racing Commission, the compulsory use of led panels was announced in 2023 in SBK and EWC (and 22 for GP). It appeared that it will be impossible to combine the information currently given by the 2 flags in the event of a change in grip, for reasons of visibility of the LED panels. It was then decided not to display the together flags signals "Drops of rains" and "Change of adhesion".

Security Deposits for Protests and Appeals

The scope and definition of protests and appeals have been clarified. Any person or body making a protest or appeal will always have their security deposit returned in the event that the protest or appeal is successful. It will no longer possible for a rider or team to present a letter of guarantee in lieu of security deposit. (Note: It is also current practice that fines and security deposits that are forfeited go to a fund administered by the FIM for eventual use for good causes).

Except when there is a hospital which accepted by the FIM for the management of significant trauma with an agreement in place to treat injured riders 20 minutes or less by road under emergency driving conditions from the circuit, a helicopter may not be required providing adequate vehicles type B are available

An electronic meeting will take place soon for clarifying the Technical Rules. The relevant decisions will be also press released.

You can view the full regulations for WorldSBK, WorldSSP and WorldSSP300 here.