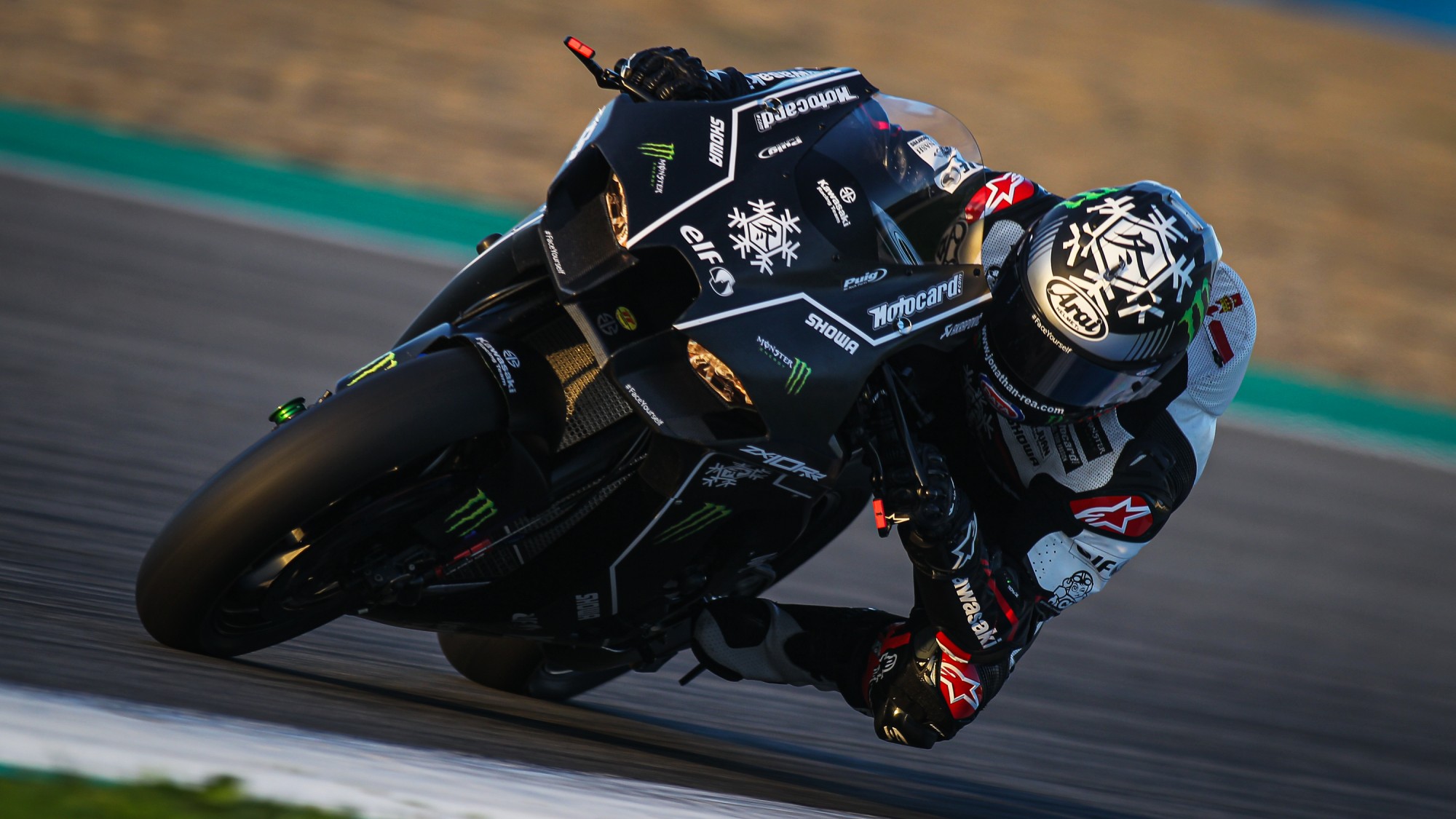 The two-day test at the Circuito de Jerez – Angel Nieto came to a close with reigning Champion Jonathan Rea (Kawasaki Racing Team WorldSBK) topping the timesheets as he got to ride his new Kawasaki ZX-10RR for the first time after it was revealed at the start of the day as the test for MOTUL FIM Superbike World Championship machines came to an end.

Jonathan Rea (Kawasaki Racing Team WorldSBK) set his best lap time of the day using the 2021 machine with around 15 minutes left in the session; the new bike featuring a new front fairing aiming to increase front stability and aerodynamics. Teammate Alex Lowes also got to test the new bike for the first time and was third overall for the day, around three tenths slower than his teammate; Rea and Lowes completing 72 and 82 laps respectively across the day. Rea’s time of 1’38.324s was just one tenth away from the all-time WorldSBK record set in 2019.

The day had been dominated by Toprak Razgatlioglu (PATA YAMAHA WorldSBK Official Team) until Rea’s late time moved him to the top, with the Turkish star testing both the 2020 and 2021 Yamaha YZF R1 bikes. Yamaha had continued to work on turning in slow speed corners as well as braking; with Razgatlioglu trying new brake pads on the 2020 bike in the afternoon. His new teammate, Andrea Locatelli, continued to progress as he learns the bike following a year of domination in WorldSSP throughout 2020.

@PataYamahaWSBK’s @toprak_tr54 getting close to the limit here in the #WorldSBK Jerez test, as he continues to lead the timings. You might think this is a wheelie, but because it’s Toprak we like to refer to this one as a backwards stoppie... #YamahaRacing | #WeR1 pic.twitter.com/gnstm2kKPV

American star Garrett Gerloff (GRT Yamaha WorldSBK Junior Team) was testing both the 2020 and 2021 machine today; Gerloff setting his fastest time on the new bike to go fourth on day two. It was an eventful day for the American after nearly having a highside crash at Turn 12 as well as wanting more braking from the 2021 bike. Kohta Nozane, who has joined GRT Yamaha for the 2021 season, was ninth as he continued to learn the track, bike and tyres following his successful season in Japan.

Leon Haslam (Team HRC) was the lead Honda rider on day two despite battling with strange vibrations earlier on in the day. The British rider posted a lap time of 1’39.852s to go fifth out of the WorldSBK runners, with Bautista in eighth place after his programme finished earlier than Haslam; Bautista looking for better turning and rear traction from his Honda CBR1000RR-R.

Lucas Mahias (Kawasaki Puccetti Racing) had an up-and-down day as he looked to find the right setup of his machine; the bike feeling worse in the afternoon than in the morning but coming back to him as the afternoon went on. Spanish rider Isaac Viñales (ORELAC Racing VerdNatura) continue his induction to WorldSBK with the tenth fastest time while Belgian Loris Cresson (OUTDO Kawasaki TPR) rounded out the field on day two as he continued to learn more about WorldSBK machinery having made his debut just one month ago; Cresson putting in more laps than anyone else during day two.

The results of day two of testing at Jerez: 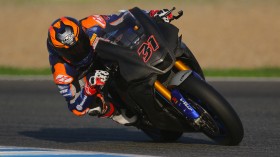 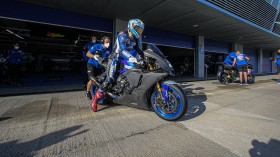