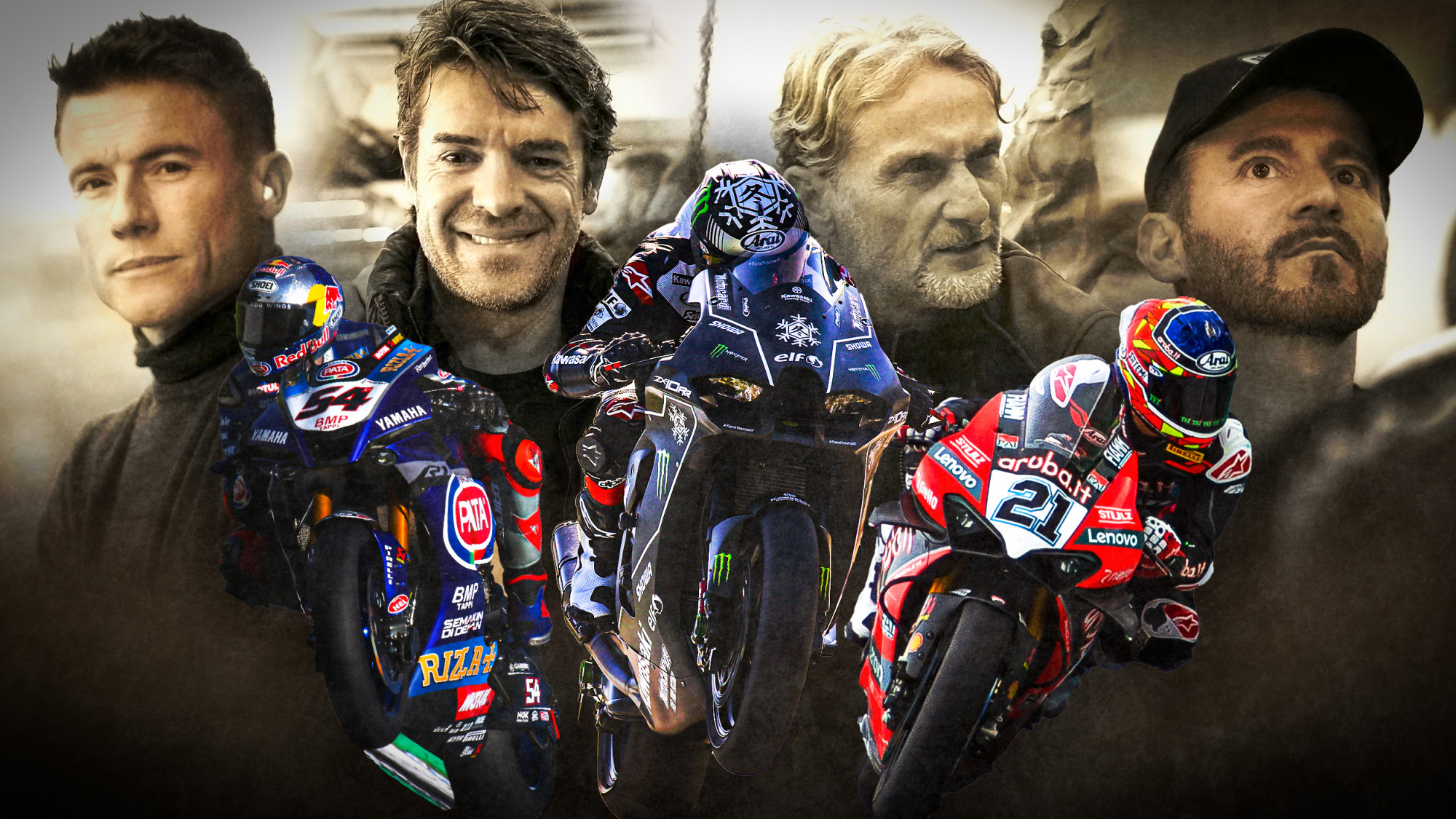 Carl Fogarty, Max Biaggi, James Toseland, Carlos Checa and Neil Hodgson give their thoughts on what a sensational season we are in for this year, with plenty to look forward to!

The 2021 MOTUL FIM Superbike World Championship edges closer to the first round of the season at the TT Circuit Assen and despite all of the expectations and predictions, there’s a huge element of uncertainty. Jonathan Rea (Kawasaki Racing Team WorldSBK) may be a defending six-time Champion but the competition level is fierce again. We caught up with some of the legends of WorldSBK to get their thoughts on how 2021 will pan out.

Fogarty: “Hopefully the rivalry between Jonny and Scott intensifies!”

Four-time WorldSBK Champion Carl Fogarty stated consistency as the key for the opposition this year, saying: “Jonathan Rea is certainly my favourite but I think it’s going to be even closer. Scott Redding is going to be his main competitor but we also have to see how Alex Lowes goes in his second season at Kawasaki.

“The Yamaha boys were fast last year, with Toprak and Garrett staying on in 2021 and they’ll definitely be pushing quite hard, even if they need to be more consistent. Michael Ruben Rinaldi will be there too, after grabbing a win last year but it all depends on whether or not any of them can be as consistent as Jonny through the year.”

Continuing, ‘Foggy’ predicts an intensified rivalry between Redding and Rea and anticipates a BMW surprise from Michael van der Mark: “Everyone will figure at some point but to beat Jonny, they need to figure every round. Hopefully, the rivalry between Jonny and Scott intensifies: if Scott can beat Jonathan then it might rattle him a bit but it’d be great for it to get fiery and spice things up a bit! In terms of a surprise, keep an eye on the BMWs and especially Michael van der Mark.”

Biaggi on Rinaldi’s good potential, Locatelli as a surprise and Rea’s biggest challenge…

Double WorldSBK Champion Max Biaggi was less convinced over Rea’s prospects, whilst also commenting on the Italian challenge: “I am sure that it is going to be very difficult for Jonny to keep up his motivation and when everyone else is improving, you just have to defend your territory, which is a challenge too. The rivalry between him and Redding will be more intense this year, now with Scott in his second season, he will have more experience so it’ll be a good fight. Honda and Yamaha are also rapidly improving so it is going to be a very challenging 2021, not just from a rider’s perspective but for the manufacturer’s too.

“I think that after what he showed last year, Michael Ruben Rinaldi has very good potential. He already had a good bike and sometimes when you think that someone will automatically go better, it isn’t always true. You have a lot of pressure to get good results every time you are on track, and with WorldSBK being so close, experience may make the difference, not just talent. I think for a surprise, maybe Andrea Locatelli can be a big surprise as it is his debut and he did so well in WorldSSP. Will he win a race? Hmm, maybe a 20% possibility, which is not so bad for a rookie!”

“The opposition are going to need the consistency to beat Jonny and the consistency he has is incredible,” began double Champion James Toseland. “However, you do have Toprak, who I think is a really, really fast kid but I’m not sure whether the Yamaha is consistently good enough at all of the tracks. Then, there’s Scott Redding and after one year, is he going to be good enough on the tracks he still doesn’t know that well? One thing is for sure and that the battle will be closer.

“Honda will win a race, especially with their speed but they need to find the grip on the harder compounds on the edge of the tyre to make a big step. Gerloff could be a big surprise after a stunning end to the year; we could have up to ten race winners and Jonny is going to relish the challenge again. Whatever happens, it is going to be an interesting psychological battle in the first races between him and Scott.

Hodgson: “I’m excited about the prospect of WorldSBK… it is as good as it has ever been!”

“I’m really excited about World Superbike in 2021, I think it is going to be a cracking year, and we are going to have a lot of winners, perhaps eight different winners. I’m excited about the prospect of WorldSBK and it is as good as it has ever been. Jonathan is obviously the favourite and I do think, deep down, he will win a seventh title. Redding’s going to be the main challenger to Jonny again; he’ll be a better rider in his second year.

“Kawasaki has stepped their bike forward which brings Alex Lowes into the mix again. Gerloff was the shock of 2020 and I’d say he has the most to gain this season. He has more to come and to do as well as he did in his rookie year, and being so strong at the end of it was so impressive. There’s more to come from him and I’m very excited to see how he goes this year.”

Carlos Checa predicts a five-way fight for the title

“At this moment in time, Jonny and Kawasaki are the favourites for sure, they are a great combination. Throughout the tests, we will see what the opposition are able to improve - technically, physically and mentally. In the technical area now, Ducati is strong and Honda and Yamaha are catching up. We now have three or four more manufacturers at a really good level.

“It will be interesting to see if Rinaldi can be consistently strong, and of course Redding as he is number one in Ducati now. However, I think that Chaz Davies can be there too, if he can integrate well in the team on a similar bike with less pressure, combined with his strong end to 2020. These three riders can be right there with Jonny. Yamaha has good potential to fight for the title, with Toprak Razgatlioglu. These are the names that can fight for the title.”

Enjoy the 2021 World Superbike season in fine style with the WorldSBK VideoPass!