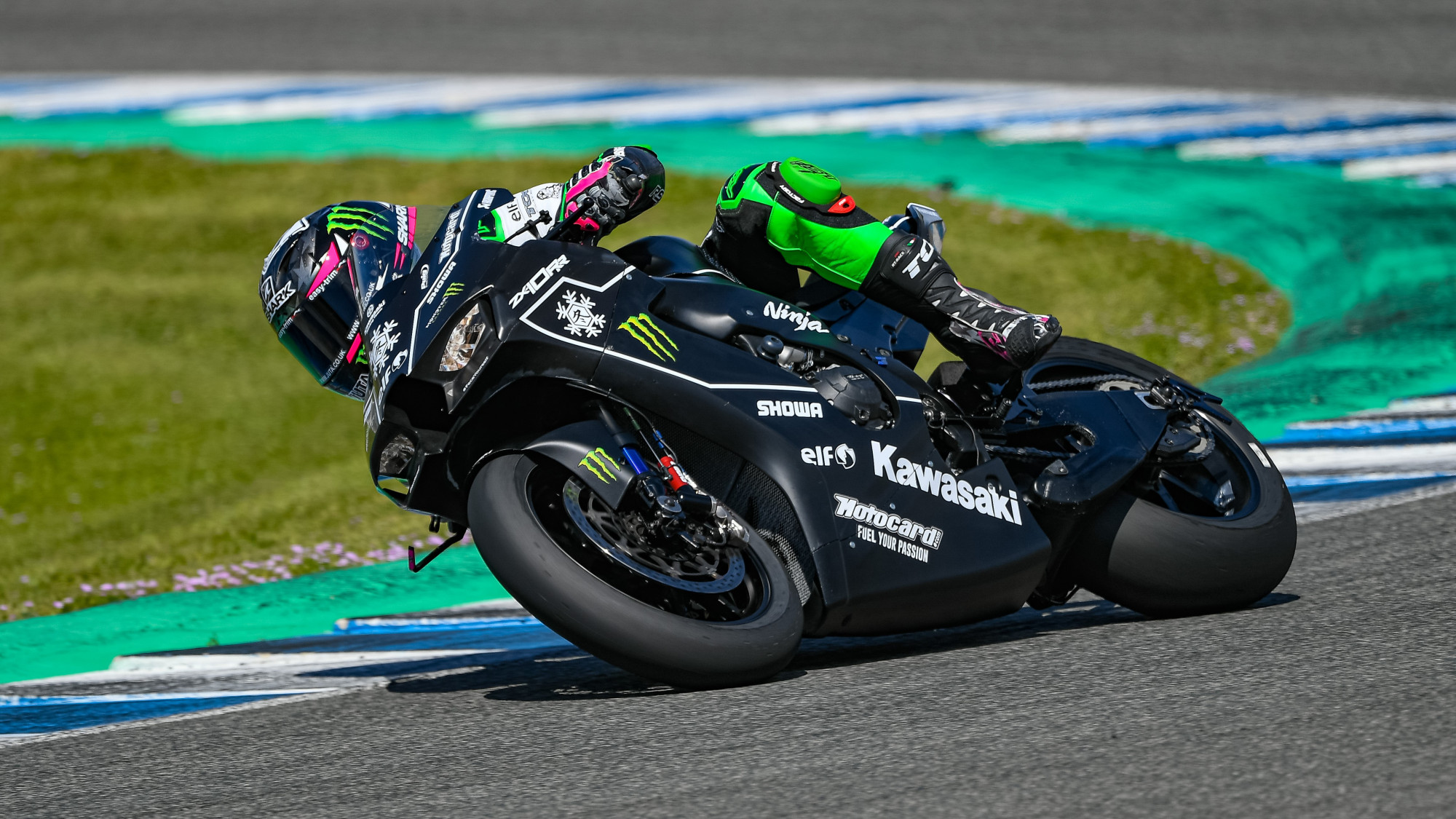 Lowes was making his first appearance on track in around four months as he missed out on track action when teammate Jonathan Rea tested at the Autodromo Internacional do Algarve as he recovered from a shoulder injury as well as poor weather preventing KRT from taking to the track at various tests throughout the off-season. Lowes recovered to return to the Spanish circuit as his testing programme go back underway ahead of the 2021 campaign, with Lowes looking to build on his debut campaign with KRT using the new-for-2021 ZX-10RR.

Lowes completed around 120 laps across the two days of testing at Jerez as the British rider looked to confirm some new parts on the machine including changes to the engine, chassis and aerodynamic package. Lowes, who was taking to the track for the first time since suffering a shoulder injury in February, said: “I am really happy to be back on the bike for these two afternoons with the team. I was not sure how much I would be able to do with my shoulder, but we did a lot of laps - 65 I think on the final day - and I was able to continue the work that we started with the new package in November. This was positive because we did not know if we could be on a good enough pace to start working - but we were. We literally picked up where we left off, the pace was good, and we found some positive steps with the bike. Also, with my riding, as I have been focusing in the winter to be smoother on the exit of the corners. It was a really positive test, and we ticked all the boxes we had set out for these two days. We are looking forward to the official test now in Montmelo.”

For Honda, the two-day test was about gaining and confirming data as they look to refine the CBR1000 RR-R for the Japanese manufacturer’s second season as a full factory outfit after returning to the Championship in 2020. With Leon Camier taking the reigns as Team Manager at HRC for the new campaign, Honda will be hoping to build on their return last year with the Jerez test a crucial aspect of this for both Bautista and Haslam, although Haslam saved half-a-day of testing available to him by not using the full second day available to him.

Reviewing the test, Bautista said: "We have done a lot of work over the last two days, taking advantage of two sunny days with no sign of any fog or rain, which unfortunately prevented us from doing any real work on the bike back in January. It was important to complete the entire testing programme, which concerned bike set-up in general and specifics such as braking and electronics, areas in which we concentrated a little more. The session was very useful in providing the information that the engineers need to continue working on the bike back in Japan. I'm very happy with work we have done, and I think we now have a clearer idea as to where to focus during the next test.”

Haslam added: “It’s been a very positive test, especially because last time out we were only able to make about ten laps with the 2021 bike due to the bad weather. So, having this day and a half has been very important. We had a long list of things to try, and we’ve been able to get through almost all of it. We’ve found some more consistency and I’m feeling a lot more confident. Now we head to Barcelona with everyone else, where we will be better able to understand where we are and how the bike is working. We only did a half day today as we need to be careful considering the limited test days we have available.”

Follow action from WorldSBK in 2021 using the comprehensive WorldSBK VideoPass!