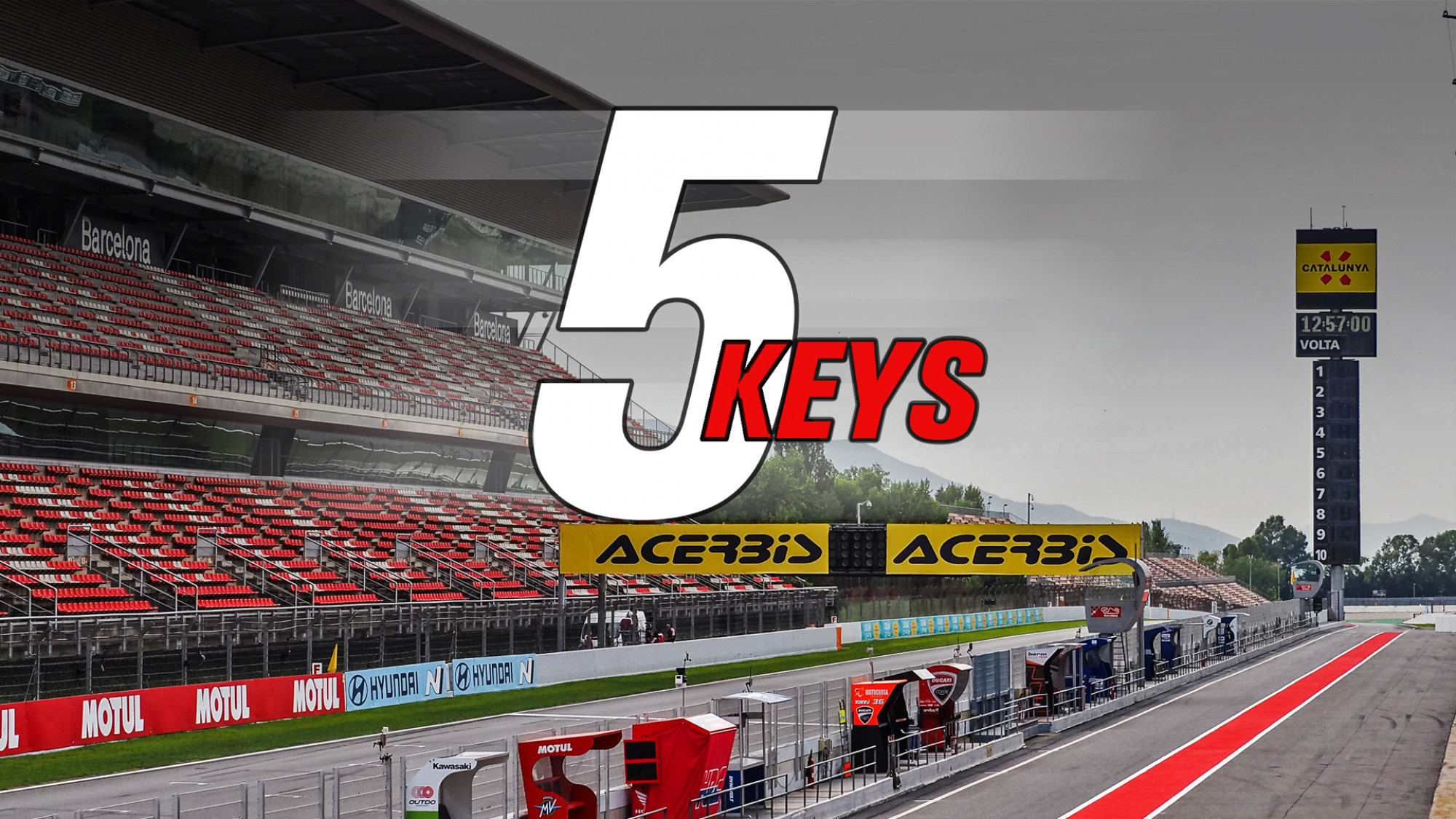 All five manufacturers on track together, the first major appearance of the BMW M 1000 RR on-track and the new generation aiming to prove their worth; the Catalunya Test has stories aplenty

The 2021 MOTUL FIM Superbike World Championship will take another step closer to kicking off with a vital testing stint coming up at the Circuit de Barcelona-Catalunya. All five manufacturers are on track together for the first time in 2021, meaning there’s a direct comparison between them all on-track for the first time this year. However, with all of the ground-breaking stories that have come to light in other tests, there’ll be plenty to follow for each manufacturer, as well for a whole host of themes. We’ve condensed them into one place, so you know the hot headlines to follow at the Catalunya Test.

There’s a whole host of technical innovations, from fairing modifications and redesigns, to new Brembo brake calipers, upgraded engines and evolved packages. At Kawasaki, the new ZX-10RR debuted back at Jerez last November with a new fairing and winglets, but other manufacturers are following suit, with BMW also having these on the M 1000 RR. At Yamaha, there’s a subtle change to the air intake, to generate less lift and more top speed, whilst the modified front fairing itself shields the rider from the clear-air turbulence generated by motorcycles ahead. The Brembo brake calipers will be tested again, with Catalunya hosting harder braking areas than Misano, whilst Yamaha will continue to test their 2021 engine. In short, there’s plenty to look for on the motorcycles.

Five-way fight: all factory manufacturers on track together for the first time in 2021

The Circuit de Barcelona-Catalunya will welcome all five factory teams onto the circuit for the first time in 2021; Kawasaki, Ducati, Yamaha, Honda and BMW will all stack up against each other in what promises to be the most insightful preseason test before the racing gets underway in May. Whilst the first four of the aforementioned manufacturers have all tested relatively extensively, very little time has been spent on track together. As for BMW, the team only got on track with the new M 1000 RR at Jerez last week, far less time than the other teams around them. All five factories on track together will offer a direct comparison against each other, a potential ‘Round 0’ and a strong indicator for the year to come for the 21 riders who represent all teams and constructors.

The new generation: stamping their ground

Following the recent Misano test, there was a very fresh (and young) feel to the head of the field; Michael Ruben Rinaldi (Aruba.it Racing – Ducati) led Toprak Razgatlioglu (PATA Yamaha WorldSBK Team) and Garrett Gerloff (GRT Yamaha WorldSBK Team), whilst Rinaldi’s teammate Scott Redding was fourth ahead Razgatlioglu’s rookie teammate, reigning WorldSSP Champion Andrea Locatelli. With an average age of 25 (three of them just 24), there’s an exciting future for them and WorldSBK. There were other names however, with Axel Bassani (Motocorsa Racing) impressing in seventh overall, as he goes into 2021 as the youngest rider on the grid. Can they challenge again in Spain?

Year on year, the Yamaha effort in WorldSBK grows stronger and stronger, with 2021 being no exception whatsoever. The PATA Yamaha squad have retained their star rider in Toprak Razgatlioglu, and the Turkish ace has already been on scintillating pace in testing at Misano. Andrea Locatelli joins him as reigning WorldSSP Champion and is learning quickly. On top of that, there’s the technical updates: an evolved engine, modified fairing and a redesigned air intake, whilst also putting the new Brembo front brake calipers through their paces. Another dynamic is the strength with the factory’s Independent effort from GRT Yamaha. 2020 sensation Garrett Gerloff remains in the team but gets the 2021 bike, the same as the Pata outfit. Exciting times for the crews in blue.

The BMW mystery: expect the unexpected

“It is clear that we are in a good area and we are happy to complete the test and move forward,” said Shaun Muir at the conclusion of the BMW Motorrad WorldSBK Team’s first appearance of 2021 on the M 1000 RR. The team principal has unequivocal excitement and well he might, with a partially refreshed line-up, a new motorcycle and a new team structure in place – the latter of which consists of double WorldSBK Champion crew chief Adrian Gorst, who is the team coordinator. However, one question remains, and it may well be answered at Catalunya: the project is young, so how does it stack up in comparison to the rest of the manufacturers? All of the ingredients are there for a far more prosperous year for BMW; can Catalunya shine a light on them as a serious threat for 2021?

Make sure to enjoy all of the highlights from the test and watch the action unfold in 2021 with the WorldSBK VideoPass!