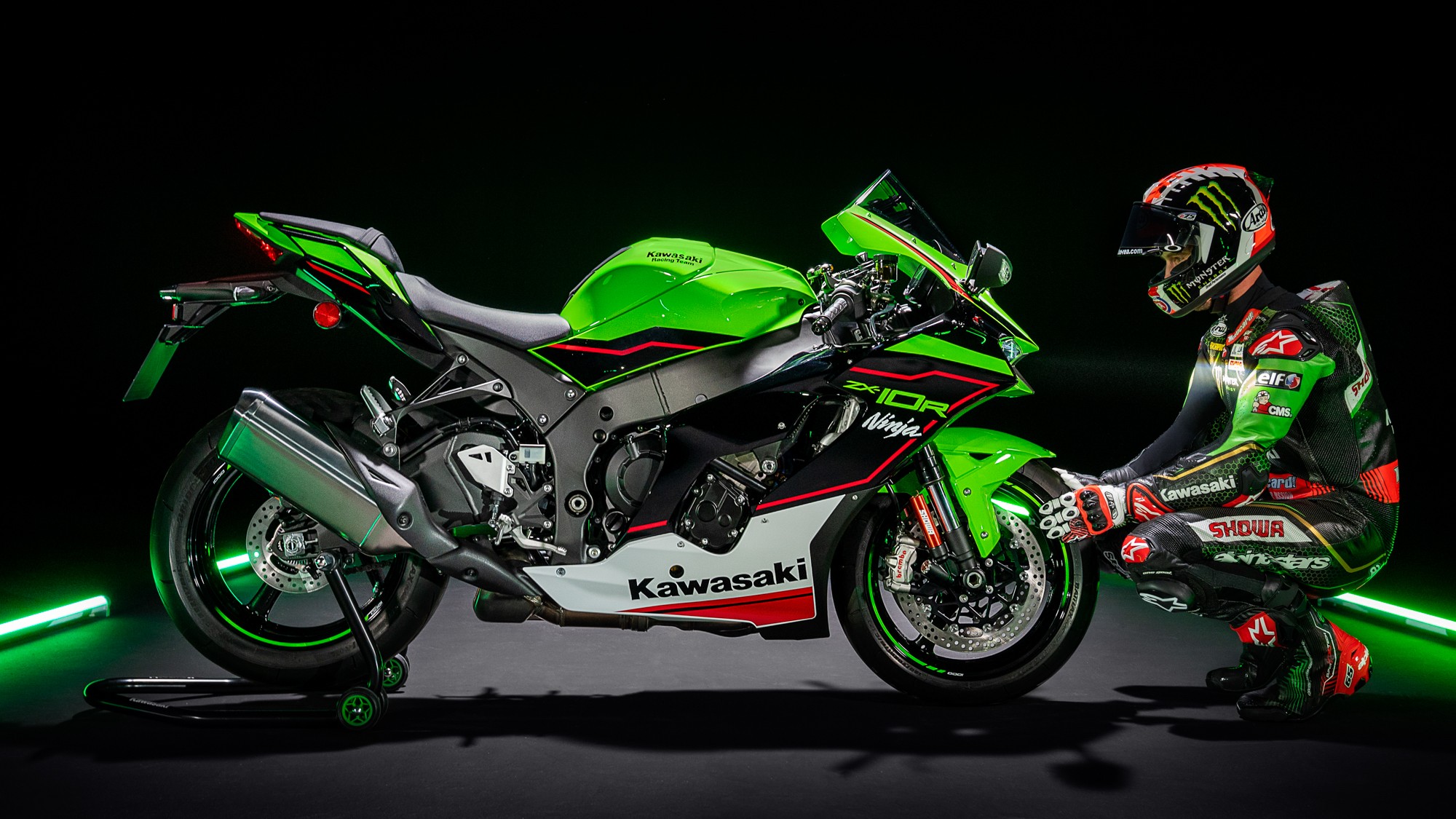 After Jonathan Rea (Kawasaki Racing Team WorldSBK) and teammate Alex Lowes got to try the new Kawasaki ZX-10RR for the first time during a two-day test at the Circuito de Jerez – Angel Nieto, Kawasaki has now officially unveiled the new machine that it hopes will continue the manufacturer’s success in the MOTUL FIM Superbike World Championship.

The bike made an immediate impact as Rea topped the times at Jerez with a late run on the second day of testing and now the covers have officially come off the ZX-10RR as Kawasaki unveiled the machine during a presentation. The new bike features a new front fairing to help increase front stability and aerodynamics as well as a new engine with new characteristics as Kawasaki looks to retain the Manufacturers’ Championship.

Aerodynamics are a huge area of development for Kawasaki and the new fairing structure gives the bike approximately 17% more downforce than the current model, while a new seat design helps create a low pressure behind the rider. New footrest designs combined with a 40mm higher screen and new handlebar position have also been incorporated into the new design to help improve the aerodynamic and ergonomic package.

There is also a new engine for the ZX-10RR with gear ratios lowered in first, second and third gears to help take advantage of the power; also improved with a new intake design as well as reduced valve assembly weights although it will still use the rocker arm system for increased power and efficiency.

There have also been changes to the swingarm pivot point, front fork and swingarm length with the aim of increasing both stability and traction, while the springs have also had changes made with harder springs at the front and softer springs at the rear of the bike.

With changes made to the ZX-10RR in order to keep Kawasaki at the head of the field to both the engine and the aerodynamic package, the aim for the Japanese manufacturer will be to look for a seventh consecutive title with Rea. The 2021 WorldSBK season is shaping up to be a sensational season with new line-ups and new bikes up and down the grid.

Be sure to catch all the action from pre-season and the 2021 season using the WorldSBK VideoPass!