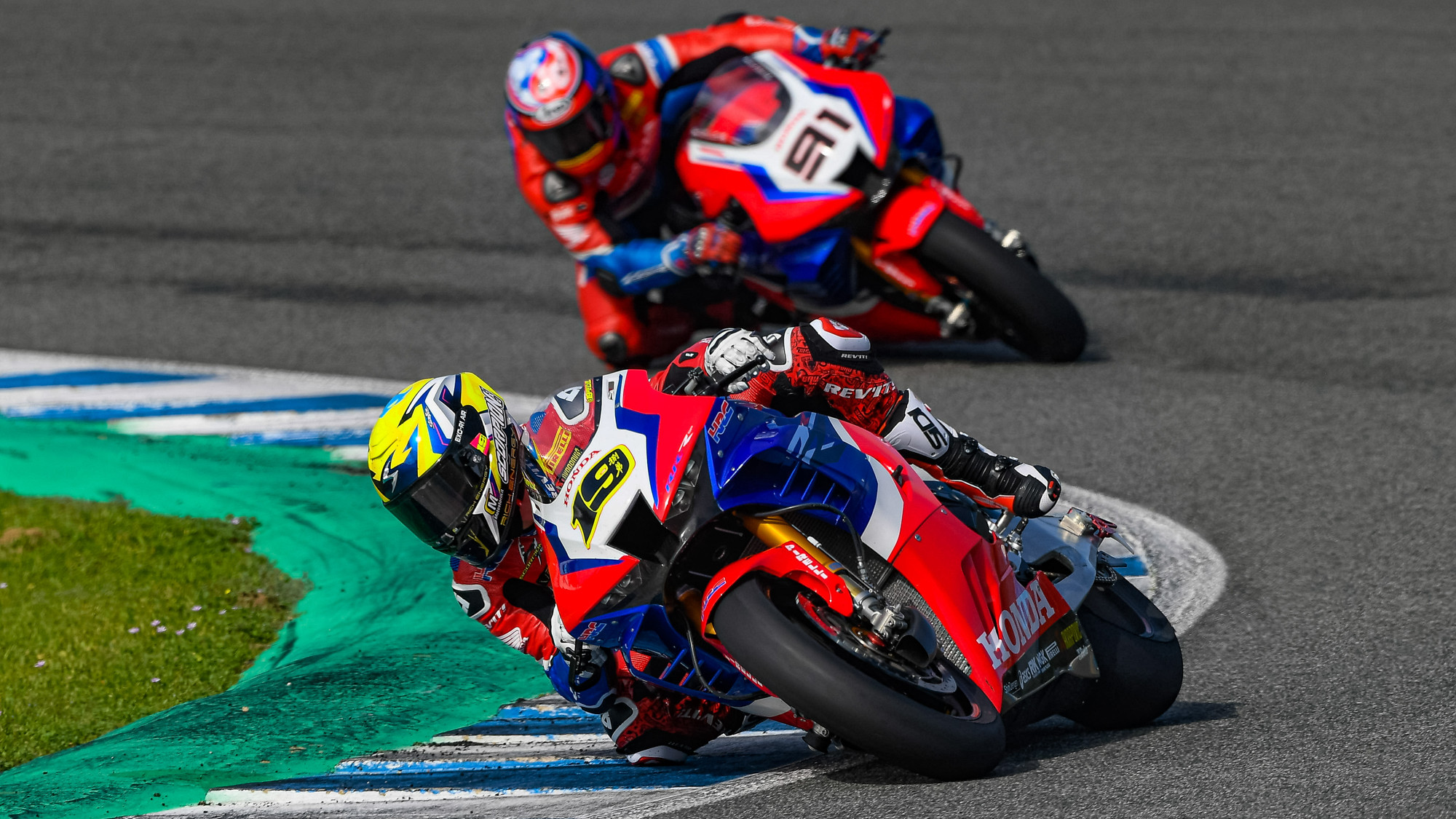 Team HRC will be on track this weekend at the Circuito de Jerez – Angel Nieto, and they’ll be joined by Kawasaki Racing Team WorldSBK’s Alex Lowes, who bounces back from injury

Testing is crucial to the 2021 MOTUL FIM Superbike World Championship contenders and there’s more preseason preparation to be had for Team HRC, with Alvaro Bautista and Leon Haslam on track at the Circuito de Jerez – Angel Nieto this weekend. They will be joined on track by Alex Lowes (Kawasaki Racing Team WorldSBK), who, having had his arm in a sling for four weeks following a training accident which injured his shoulder, will return to the track aboard the new ZX-10RR.

The Team HRC effort will be under the watchful eye of new team manager Leon Camier, as they look to refine their package ahead of the new season. Having tested a variety of updated components at the last they had at Jerez back in January, even though it was just half a day due to the changeable weather experienced in southern Spain. Now back to the circuit in what is forecasted to be far better than before with sun all day across both Friday and Saturday, the team will hope to gain valid and reliable data in order to continue improvements ahead of the season.

Commenting on the test, team manager Leon Camier stated: “Firstly, the weather is absolutely fantastic, and it is forecasted to be really good for the next two days too. For us, this is a really important test; we’ve got a lot of things to work on with the bike, a lot of different upgrades and things we have to work on. Hopefully, with these conditions, we can make some really good use of the track conditions and the riders are really looking forward to getting back on track. The test we had earlier in the year wasn’t in great conditions, so we are looking forward to making the most of the next two days.”

For KRT and Alex Lowes, the main aim will be to get back up to speed, as this will be his first time aboard the bike since the November tests at the same circuit in 2020, when he debuted the new bike. However, the British rider will have a bike that has already had several enhancements and improvements since when he last rode it.

Speaking about the prospect of getting back on the new ZX-10RR, Lowes is excited after four months away from his machine: “I can’t wait to get back on the bike! It’s been a tough few weeks, with my arm in a sling for four of them, but I’m working hard to build the muscles back around my shoulder. Luckily, I’ve been in Barcelona and spending a lot of time with the team and all the mechanics. Now we just want to be back at the track preparing for the 2021 season together. It’s going to be fun! Our main target is to continue our programme from the November tests.”

Jerez has long been a popular testing location for the World Superbike paddock, often with good weather lending itself to the stability needed to develop motorcycles. However, rain and fog have plagued running in recent times, although with the weather set to be just right, it could be one of the most important preseason testing sessions so far, despite the small scale. The Jerez venue has a mix of characteristics, with relatively long straights, long sweeping corners, hard braking areas and tight hairpins, making it a great all-round test bed.

Get ready for the year ahead as World Superbike readies for the off in 2021 with the WorldSBK VideoPass!