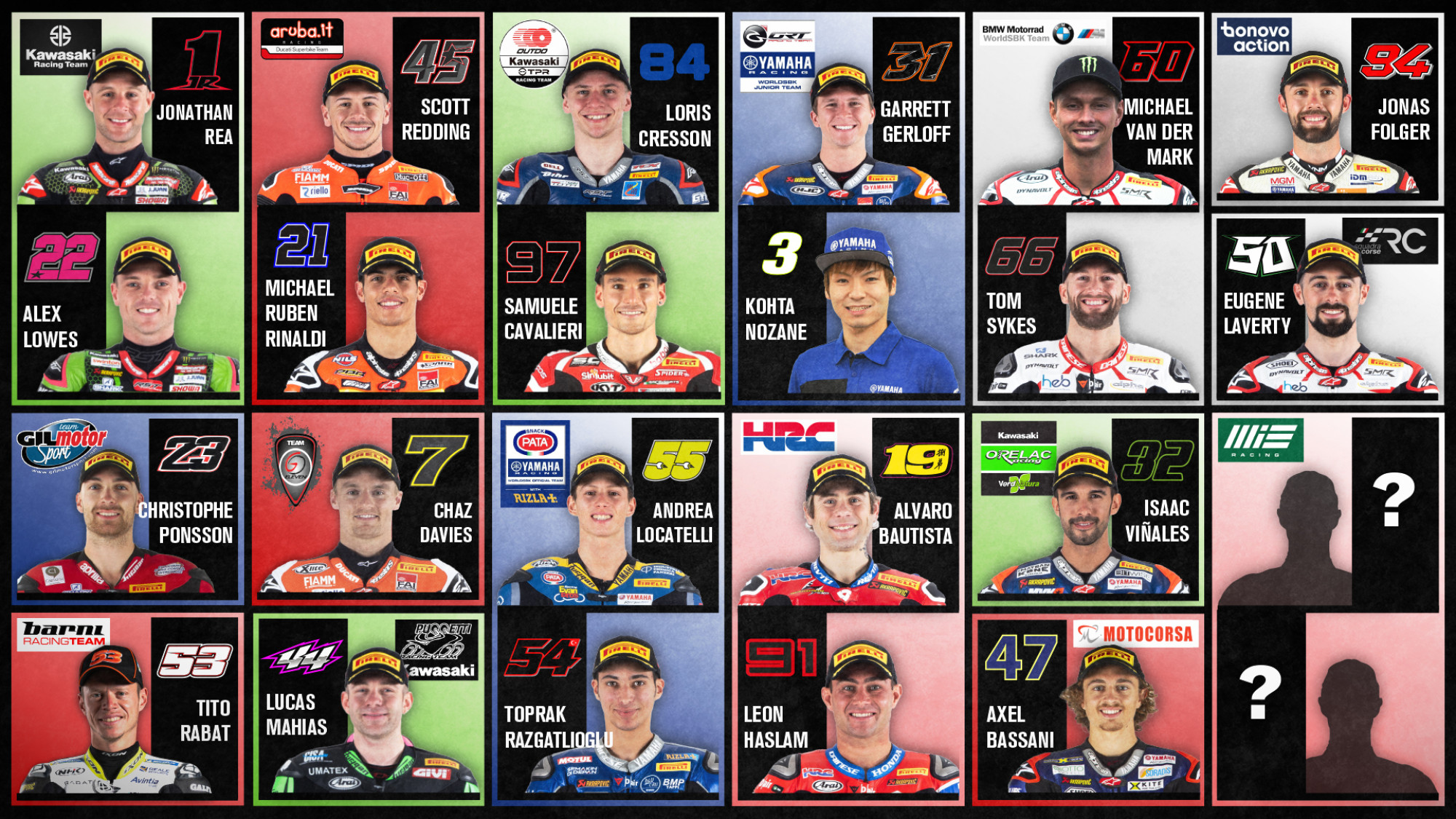 With 24 riders set to battle it out over the course of the 2021 MOTUL FIM Superbike World Championship season with five manufacturers competing across 16 teams, plus nine riders looking to make a mark in the Championship in their first full season of WorldSBK action, the 2021 season is shaping up to be a sensational campaign. This year’s entry list does come with some intricacies and we take a look at the finer details.

At Aruba.It Racing – Ducati, Scott Redding remains with the team after he pushed Rea all the way in 2020 in his rookie season, but he will partner Michael Ruben Rinaldi after the young Italian’s breakthrough season in 2020. Rinaldi makes the switch from Team GoEleven, who he led to their first ever victory at the Teruel Round, while Chaz Davies is heading in the other direction.

Three new teams have joined the grid for the 2021 season which includes two BMW satellite teams as the German manufacturer expands its presence in WorldSBK. With Eugene Laverty at RC Squadra Corse and Jonas Folger at Bonovo MGM Action getting their hands on the new BMW M 1000 RR, BMW will have four bikes on the grid compared to two in 2020 and 2019. The other new team is Gil Motor Sport – Yamaha with Christophe Ponsson, who returns to the Championship after wildcard appearances in 2020.

Motocorsa Racing’s Axel Bassani will be the youngest rider on the 2021 grid following his step up to WorldSBK, replacing Leandro Mercado. Aged just 21, Bassani will compete on a Ducati Panigale V4 R as he embarks on the next stage of his career, although he did test for the team at Estoril after the 2020 season ended so does have some recent experience on Ducati machinery.

Bassani, Folger and Nozane are three of nine rookies that will take to the track in 2021 with one high-profile signing coming at another Ducati team, as 2014 Moto2™ World Champion Tito Rabat joins Barni Racing Team for his WorldSBK debut. Belgian Loris Cresson competed with TPR Team Pedercini Racing at the end of the 2020 season and returns for his first full season of WorldSBK action, alongside teammate Samuele Cavalieri; the Italian having made sporadic appearances in WorldSBK throughout his career. It’s Pedercini’s first two-pronged attack full-time since 2016.

There will be two more rookies on the all-new Kawasaki ZX-10RR as Lucas Mahias stays with Kawasaki Puccetti Racing after finishing second with the team in WorldSSP but graduates in place of the departed Xavi Fores, while Isaac Viñales (Orelac Racing VerdNatura) steps up to WorldSBK after two impressive WorldSSP campaigns to replace Maximilian Scheib.

One quirk of the entry list comes at PATA Yamaha WorldSBK Team with riders Locatelli and Razgatlioglu. Both are 24 years old but share the exact same birthday, having been born on 16th October 1996. The combined age of the Yamaha factory outfit, 48, is younger than the combined age of the GRT Yamaha WorldSBK Team with Garrett Gerloff and Kohta Nozane both 25 years old.

11 different nationalities will be represented across the 2021 season with Turkey, the USA, Japan, Netherlands, Belgium, Germany and Ireland all having one representative each. Four nations have more than one person competitor with France (2), Spain (3), Italy (4) and Great Britain (6) those with multiple riders on the grid. All nations have been winners before and the current field of stars will hope to add to their country’s tally.

Follow all the action from 2021 using the WorldSBK VideoPass!