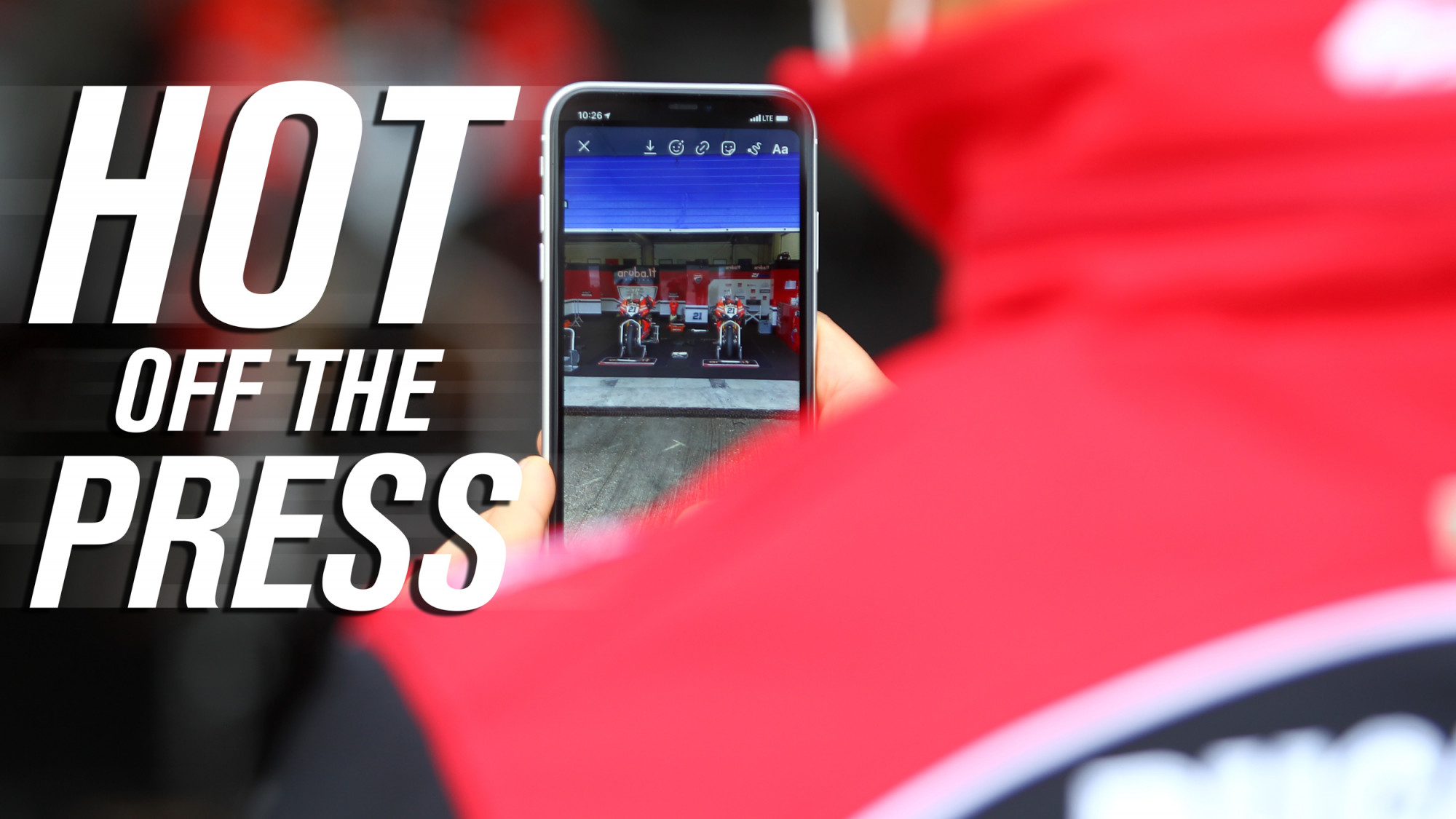 There was little track action to get excited about as ten riders from up and down the MOTUL FIM Superbike World Championship paddock headed to southern Spain and the Circuito de Jerez – Angel Nieto for two days of testing. However, that didn’t prevent numerous talking points from new testing restrictions, rookie arrivals and a new team manager.

A small but significant change to the regulations over the winter meant riders are now only able to complete ten days of private testing – not including Official or Supported tests – with everyone from WorldSBK choosing not to go out due to track conditions. Rea said: “To be honest, with the new regulations in place and limited test days, we need to be clever and use these test days when they’re most important.”

It was similar feelings for teammate Alex Lowes as he looks to build on his race-winning campaign from 2020. He said: “Everybody gets the same opportunity to test. You just have to be really sensible and clever on when to make the test because if you ride for just two hours, you lose the whole day. We need to be smart. Everyone has the same opportunity; we have to use it best with the team.”

There’s a new face in the Team GOELEVEN garage as Chaz Davies swaps a factory Ducati seat for one at Team GOELEVEN, with Michael Ruben Rinaldi (ARUBA.IT Racing – Ducati) moving in the opposite direction. Despite not being able to get out on track, Davies was able to have a productive test as he met his entire team for the first time.

Davies discussed his move to Team GOELEVEN with the atmosphere one of the key talking points: He added: “We haven’t turned a wheel on the track yet but just the ambience in the garage, how welcoming everyone has been to me, it’s great. It’s really nice to come into a very relaxed atmosphere.”

It appears to be a mutual mark of respect between Davies and the team as Team Manager Denis Sacchetti revealing the team’s feelings ahead of the new season: “We are really, really excited for this new project and adventure. We have a lot of emotion because, for us, to have a rider like Chaz Davies is a big challenge. I think he’s the best rider in WorldSBK after Rea.”

Camier returns to the paddock – with a new job

After an injury-hit campaign in 2020, where he was only able to take part in one practice session before withdrawing from the Australian Round and then unable to recuperate when the season resumed, Leon Camier made a welcome return to the WorldSBK paddock at Jerez. This time he was leaving the leathers behind as he started his new role as Team HRC’s Team Manager, replacing Jaume Colom.

Camier will be looking to help the HRC project reach its potential after a strong 2020 season saw the team pick up one podium in their return as a full-factory outfit. Overseeing riders Leon Haslam and Alvaro Bautista, Camier will be hoping he can be the person who leads the Honda CBR1000RR-R back to the top step of the rostrum and into a Championship fight.

As for the goals, Camier outlined the aims from Honda but was not drawn in on any of his targets: “I’m only just starting; I’m still learning a lot. I’m not sure. For sure, Honda’s goal is to be winning. We all know what they are expecting and what their potential is.”

Three rookies were at the Jerez test: Isaac Viñales (ORELAC Racing VerdNatura), Loris Cresson (OUTDO Kawasaki TPR) and Tito Rabat (Barni Racing Team). All three remained tight-lipped about their goals for the 2021 season. Cresson, who did finish the 2020 season at Kawasaki Pedercini, said: “The goals are a bit difficult because I have only done one round and we don’t know it is going. The first year, [the goal] is to take a lot of experience, enjoy everything and continue to improve every time. To be in the points would be really good.”

Viñales was even more coy on his goals: “Nothing. First, it’s to try the bike, understand the bike and I don’t know.” He did reveal, however, he might be able to explain his goals after the first round. Barni Racing’s Rabat did give more specific goals, saying: “I hope we can expect good things and stay at the front. Still, I haven’t tested the bike and it’s too early to speak. I want to do the best results possible.”

2014 Moto2™ World Champion Rabat moves into WorldSBK with a huge amount of intrigue after five years in MotoGP™ with the Spanish rider hoping to make an instant impact on the Championship. He said: “I am excited but for the moment the point is not more and not less. We need to see how we will work everything and see many things. Of course, I will be fit and ready but we will see what happens.”