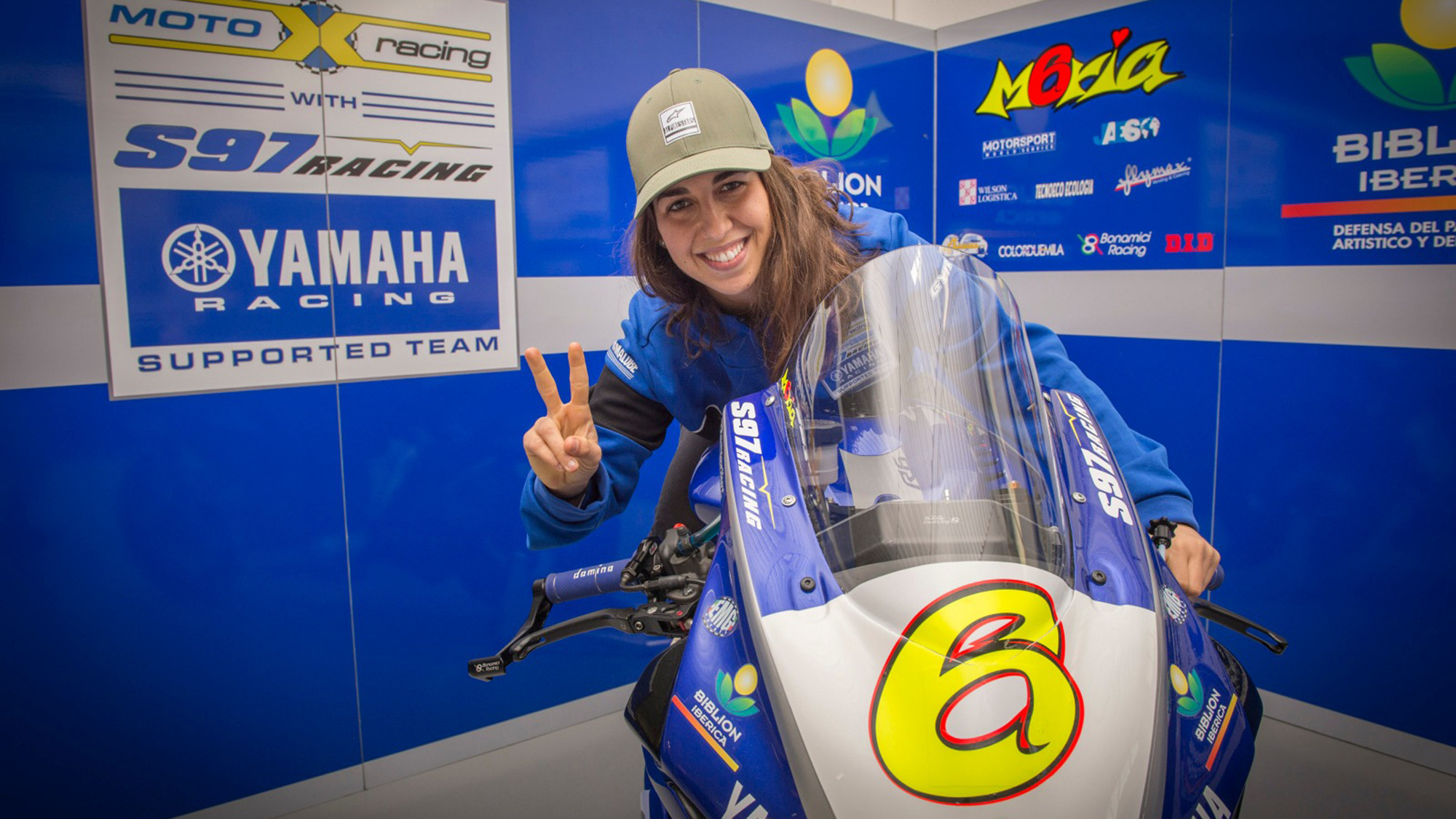 Another rider has been announced to compete in the FIM Supersport World Championship in 2021 as Maria Herrera returns to the Championship with the Biblion Motoxracing Yamaha WorldSSP Supported Team, with the team receiving Yamaha support throughout the season. It is the team’s second season in WorldSSP while it will be Herrera’s third campaign in the Championship as she looks to build on two part-time efforts as she embarks on the WorldSSP Challenge in 2021.

Herrera, 24, has experience of both WorldSSP and WorldSSP300 in her career which the team believes will be just what they need as they push on from finishing 13th in the teams’ Championship in 2020. Biblion Motoxracing have also recently moved into a new headquarters in Fiano Romano, Italy, ahead of their second WorldSSP campaign having already had success in two WorldSSP300 seasons.

From Toledo in Spain, Herrera also brings experience from the Moto3™ World Championship, competing in some wildcard appearances in 2013 and 2014 before moving into Moto3™ full-time from 2015 to 2017. In 2018, she moved to WorldSSP300 where she secured a best result of fourth at Magny-Cours. For 2019 and 2020, she stepped up to WorldSSP while dovetailing in the MotoE™ World Cup. In MotoE™, she has a best result of fifth place coming at the Misano World Circuit. Prior to taking part on the world stage, Herrera won the ‘Campeonato Mediterráneo de Velocidad’ in 2011 and claimed fourth place in the CEV Moto3 class in 2013.

Discussing signing for Biblion Motoxracing Yamaha, Herrera said: “I chose this team because many people speak well of Sandro, the bike, the group and the potential they have. My main goal for this year is to do a great job and have fun by going fast.”

Sandro Carusi, Team Principal of the Biblion Motoxracing Yamaha WorldSSP Supported Team, said: “I am very happy to be able to announce Biblion Motoxracing Yamaha’s participation in the WorldSSP class with Maria Herrera. Having the only woman in the championship, who is a huge talent, gives us the opportunity to demonstrate the level we have reached. I'm sure it will be a strong incentive for all of us.”

Andrea Dosoli, Yamaha Motor Europe Road Racing Manager, added: “We’re really excited to see the Biblion Motoxracing Yamaha team coming back to the WorldSSP class in 2021. Sandro and his team have already given young talented riders a great opportunity in WorldSSP300 and it’s great to see how they have continued that trend in the 600cc class. Maria is an impressive and versatile young rider who adds good experience to the team and I expect them to achieve some strong results together this year.”