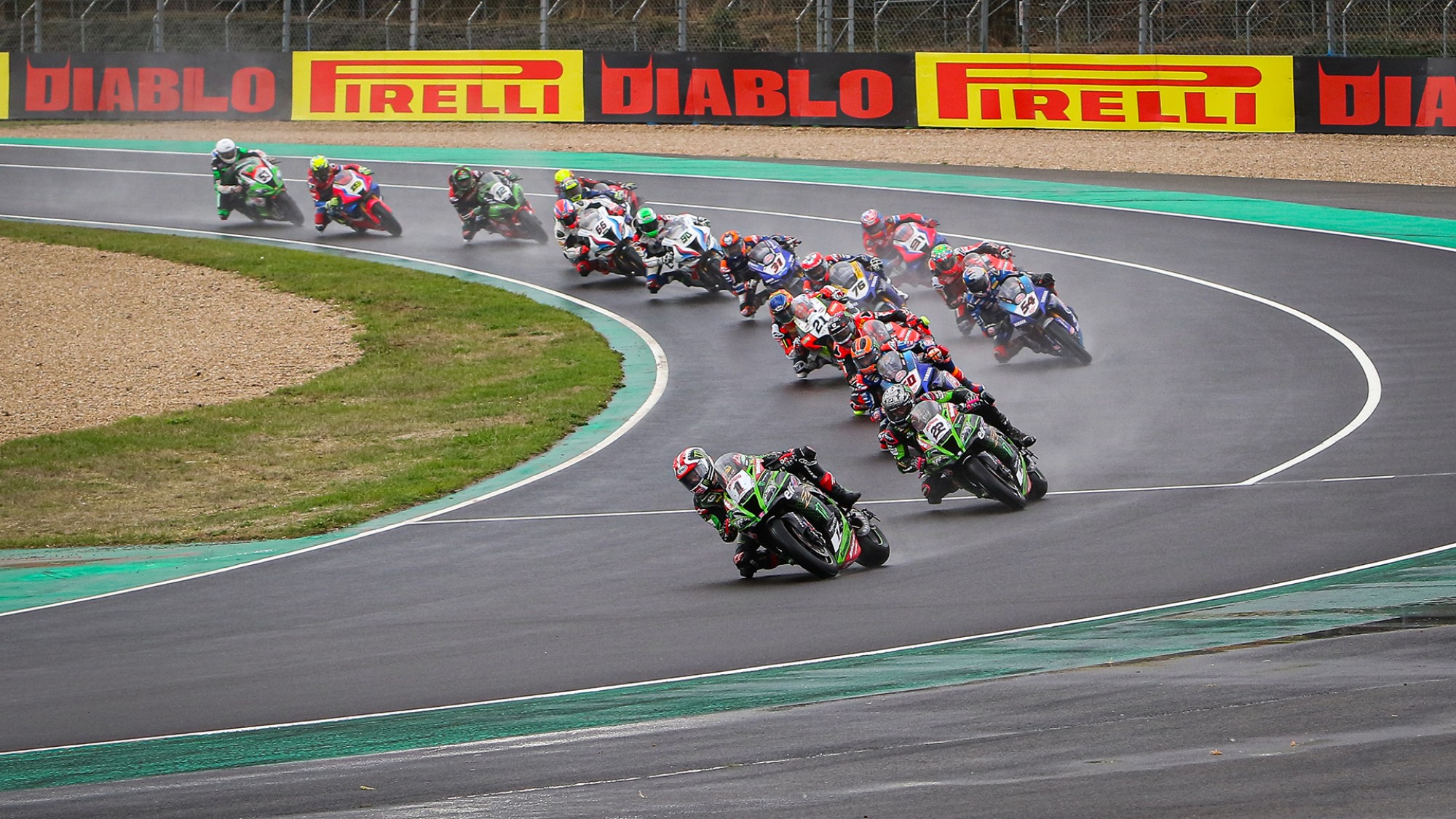 As part of a series looking back on the thrilling 2020 MOTUL FIM Superbike World Championship season, WorldSBK.com are making one race free per day between April 21st and April 30th. Today, the race of choice comes from the penultimate round of the campaign and the Circuit de Nevers Magny-Cours. Heading into Race 2, Jonathan Rea (Kawasaki Racing Team WorldSBK) was on the verge of his sixth WorldSBK Championship and had to hunt down long-time rival Chaz Davies (then Aruba.It Racing – Ducati) to secure it in France. With difficult track conditions and poor weather all across the weekend, watch the full race for FREE as Rea hunted down Davies for the Championship.