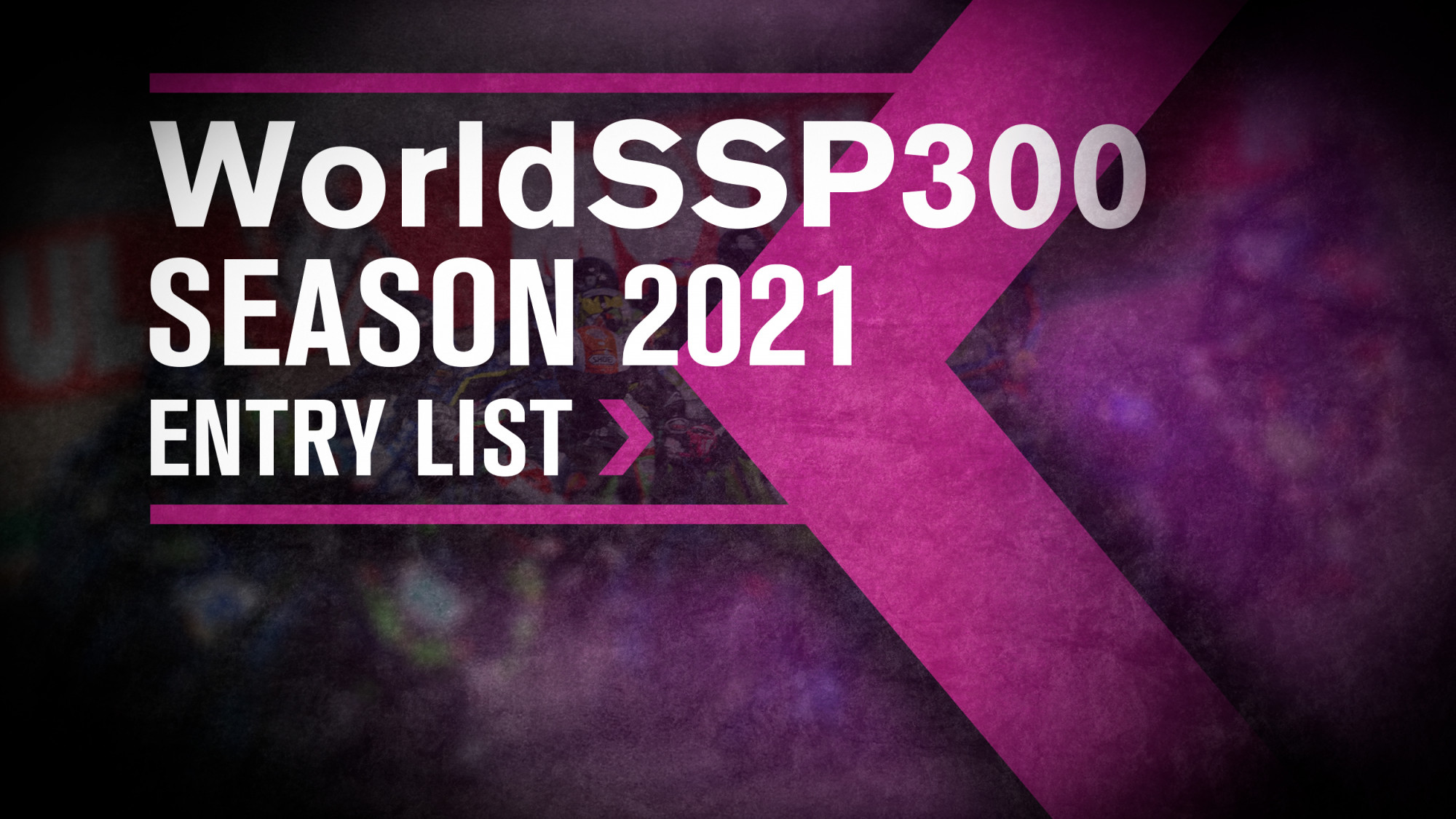 The provisional permanent entry list for the 2021 FIM Supersport 300 World Championship has been revealed ahead of the new season with 42 entries confirmed for the upcoming season. World Champion Jeffrey Buis (MTM Kawasaki) remains in the Championship as he looks to make history and become the first rider to win two WorldSSP300 titles.

MTM Kawasaki will once again have four Kawasaki Ninja 400s for the season as Buis is joined again by Koen Meuffels and Yuta Okaya, two winners from a sensational 2020 season, while Spanish rider Adrian Huertas will join the team for 2021. The youngest rider to win a WorldSSP300 race, Unai Orradre, returns with Yamaha MS Racing as he is joined by Portuguese rider Miguel Santiago Duarte onboard their Yamaha YZF-R3.

Three Champions from WorldSSP300 will feature on the grid with Buis competing alongside 2018 Champion Ana Carrasco (Kawasaki Provec WorldSSP300) returning from injuries that saw her miss the second half of the 2020 and Marc Garcia (2R Racing) once again competing in WorldSSP300 after his part-time action in 2020.

The Viñales family will be represented on the grid with a team and a rider as the Viñales Racing Team make their debut on the world stage, with Dean Berta Viñales and Kevin Sabatucci representing the team. Turkish sensation Bahattin Sofuoglu returns with Biblion Yamaha Motoxracing alongside new teammate Marco Gaggi as the team embarks on a two-bike effort for the upcoming campaign. Kawasaki GP Project field three riders in 2021 as Alejandro Carrion, Alessandro Zanca and Alejandro Diez aim for a title challenge.

Prodina Team WorldSSP300 will feature two returning riders as Thomas Brianti and Hugo De Cancellis as the Frenchman looks to build on his podiums from 2019 and 2020. Tom Booth-Amos returns to WorldSSP300 after his race-winning debut campaign at Fusport – RT Motorsports by SKM – Kawasaki, with the team fielding Dorren Loureiro and Harry Khouri alongside Booth-Amos.

Samuel Di Sora will link up with Sylvain Markarian in an all-French attack on the Championship with Leader Team Flembbo while the AD78 Team Brasil by MS Racing outfit will feature brothers Ton and Meikon Kawakami. Alfonso Coppola will be back for his third WorldSSP300 campaign with Team Trasimeno while Mirko Gennai will compete for Team BRCorse as he looks to build on his debut WorldSSP300 campaign. ProGP Racing will have a two-pronged attack on their Kawasaki Ninja 400 machines with Devis Bergamini and Gabriele Mastroluca aiming high in the 2021 season.

SMW Racing will have a three-pronged attack on the Championship as Joel Romero, Indy Offer and Inigo Iglesias all line up for the team. Another team with three riders is Machado Came SBK, who will feature Vicente Perez Selfa, Carlos Torres and Ruben Bijman. Two Spanish riders will compete for Accolade Smrz Racing as Jose Luis Perez Gonzalez and Victor Rodriguez Nuñez team up.

Victor Steeman will be the sole KTM representative on the grid as he links up with Freudenberg KTM WorldSSP Team onboard a KTM RC 390 R, while Antonio Frappola joins up with the Chiodo Moto Racing team for 2021. Oliver König returns to the grid with Movisio by MIE while James McManus and Johan Gimbert will ride for Team#109 Kawasaki and TPR Team Pedercini Racing respectively. WRP Wepol Racing will be represented on the grid by Czech rider Petr Svoboda.

Follow all the action from WorldSSP300 in 2021 using the WorldSBK VideoPass!