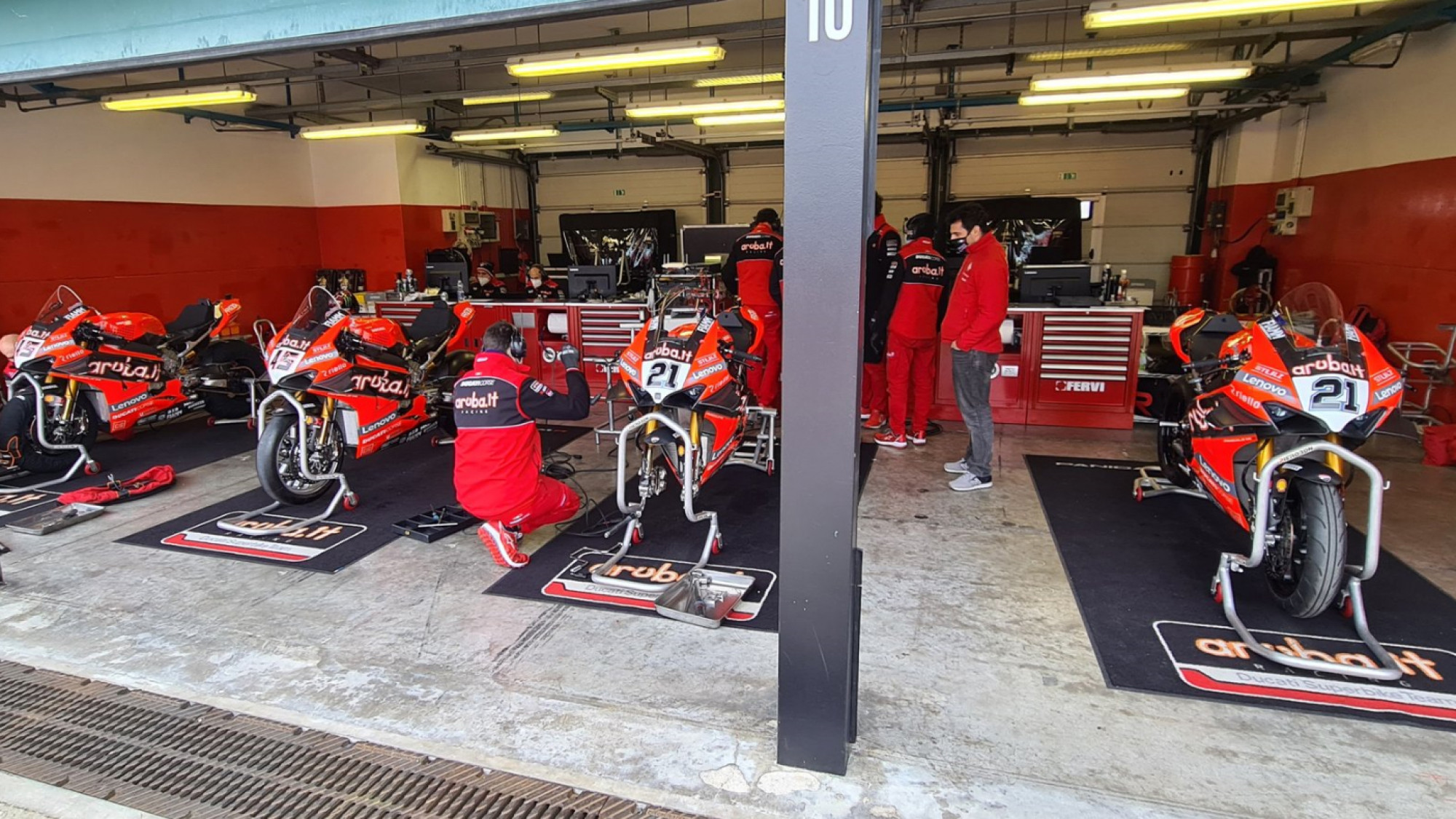 With the start of the 2021 MOTUL FIM Superbike World Championship season edging closer, on-track preparations continue to ramp up as both the ARUBA.IT Racing – Ducati team and Barni Racing Team are planning on heading out to the Misano World Circuit “Marco Simoncelli” for a one-day test on Thursday.

Situated in Emilia-Romagna, in the northeast of Italy, the 4.064km-long circuit will host a day of testing ahead of the 2021 WorldSBK season as preparations ramp up. The circuit will also be visited by the WorldSBK paddock later in 2021 as it is due to host the fourth round of the season, the Emilia Romagna and Riviera di Rimini Round in mid-June.

Michael Ruben Rinaldi (ARUBA.IT Racing – Ducati) will get his first taste of riding a factory Ducati Panigale V4 R on home soil as the Italian takes to the track. With Rinaldi having switched to the factory Ducati seat for the 2021 season, he will be hoping he can get valuable track time as he prepares for his maiden campaign with the Bologna-based outfit.

Scott Redding will join his new teammate on track at Misano as the Brit looks to build on a sensational rookie year. Redding, who has trained at both Cartagena and the Circuito de Jerez – Angel Nieto on street bikes in recent weeks, pushed Jonathan Rea (Kawasaki Racing Team WorldSBK all the way to the final round of the 2020 season in the title race and will be looking to go one better in 2021 and take his first WorldSBK crown.

2014 Moto2™ World Champion Tito Rabat will be hoping he can get his first action on the Ducati Panigale V4 R after rain disrupted action at Jerez a couple of weeks ago. The Spanish WorldSBK rookie is making the switch to WorldSBK after five years competing in MotoGP™, where he claimed 132 points. Having attended the two-day test at Jerez recently, the weather stopped Rabat from getting on his machine and will be hoping for better weather on Thursday.

Follow all the action from WorldSBK in 2021 using the WorldSBK VideoPass!