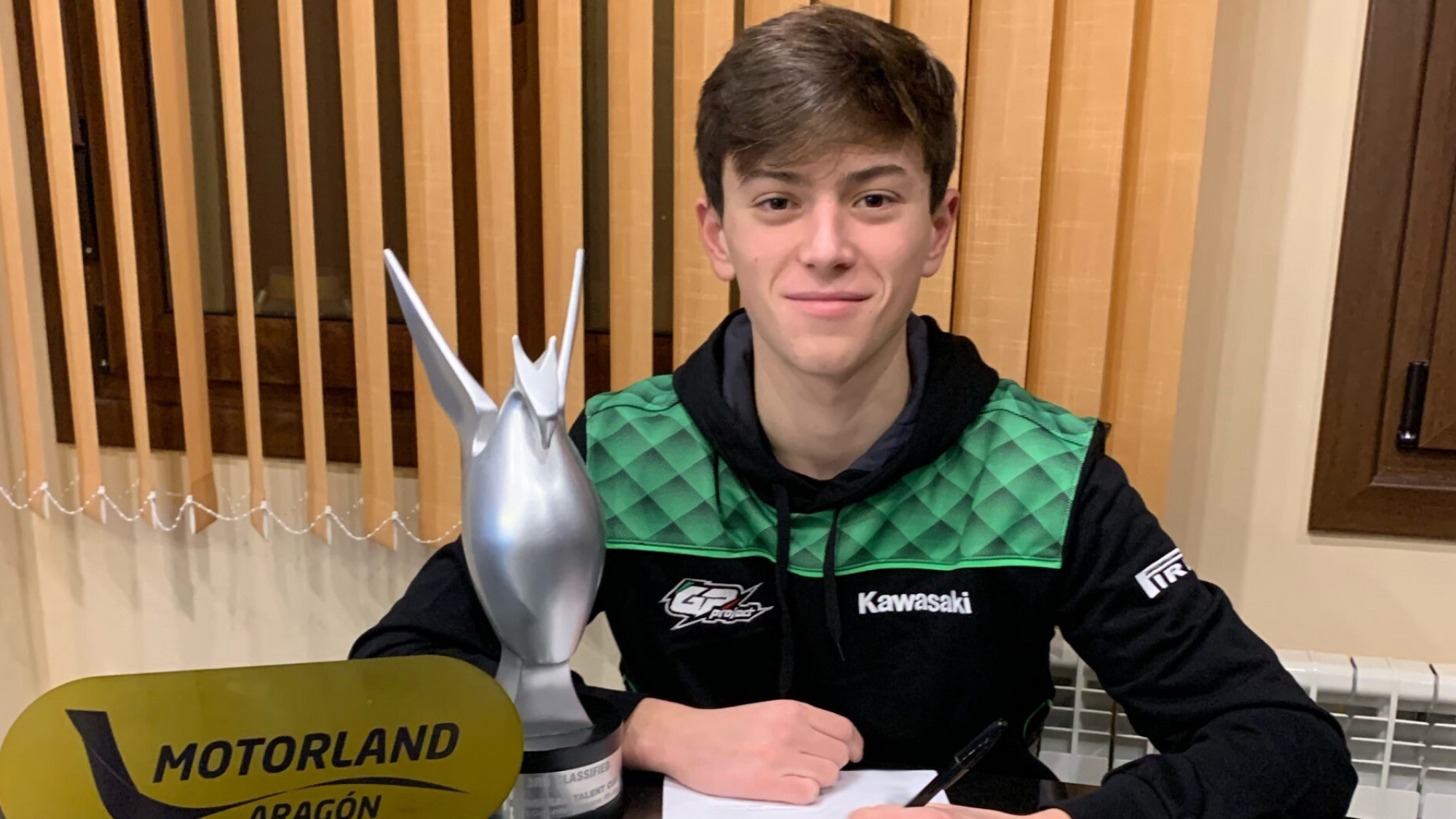 The latest name to be confirmed for the 2021 FIM Supersport 300 World Championship has been announced with 19-year-old Alex Diez joining the WorldSSP300 with the Kawasaki GP Project team. Diez comes into the Championship on the back of two years in the FIM CEV Moto3 championship and previously competed in the European Talent Cup.

Diez will ride a Kawasaki Ninja 400 for the Spoleto-based team after spending two years competing in CEV Moto3 between 2019 and 2020 as well as two years in the European Talent Cup where he claimed one victory and two podiums in his two-year stint in the championship. In CEV Moto3, his best finish was 20th place.

Born in Asturias, Diez will aim to build on his two years in CEV Moto3 competition and will make his debut on the Kawasaki machine in tests scheduled for before the season starts, which is at the end of April at TT Circuit Assen. It will be his first time on the bike and will also allow him to get acquainted with his new team. Kawasaki GP Project are planning to announce Diez’s teammate shortly with a three-rider attack in the Championship planned.

Alessio Altai, Kawasaki GP Project Team Manager, said: “I am very happy to be able to welcome Alex Diez to our team and I want to thank him for the trust he has placed in us. Alex is a very young rider but already quite experienced, having competed, and won, in very high-level championships such as the European Talent Cup and the FIM CEV Moto3, so I am convinced that he can best adapt to our Kawasaki 400; a motorcycle he has never ridden and with which it will clearly take some time to become familiar, but I am confident that working well together this time will be very short. I have great confidence in Alex for the path we want to take and to take away some satisfactions together, I am convinced that he has all the potential necessary to permanently enter the positions that matter, and I can't wait to start working together in this 2021.”

Alex Diez added: “I am very satisfied to compete in WorldSBK in Supersport 300 and to be able to do it with Kawasaki GP Project. I am impatient to be able to start the season, to start working with the team, which is one of the best on the grid, and undoubtedly prepare ourselves as best we can to fight for the top positions of the Championship. I fully trust in the team so the only thing missing is to be able to start working together, but it will happen soon. I cannot wait to start!"

Follow all the action from WorldSSP300 in 2021 using the WorldSBK VideoPass!