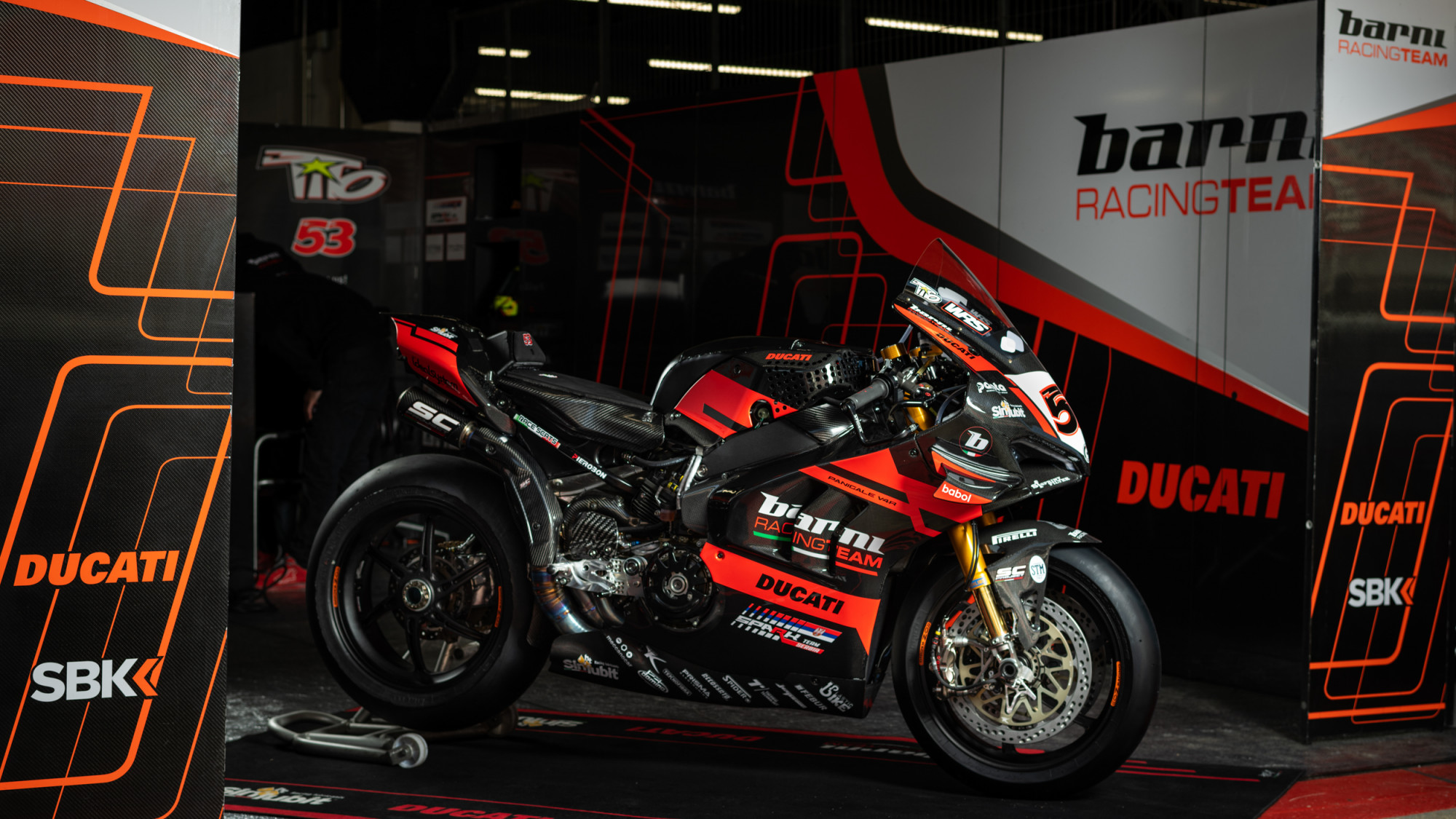 The Barni Racing Team have revealed a striking new livery for the 2021 campaign featuring red and black, following on from the team running an all-carbon black livery in testing. Moto2™ World Champion Tito Rabat joins the team in 2021 with the team featuring a new rider and new livery for the 2021 campaign. The traditional red Barni colour remains but with added black following feedback from supporters following the all-carbon black used at Misano.

View the livery in all its glory in the gallery at the top of this article!