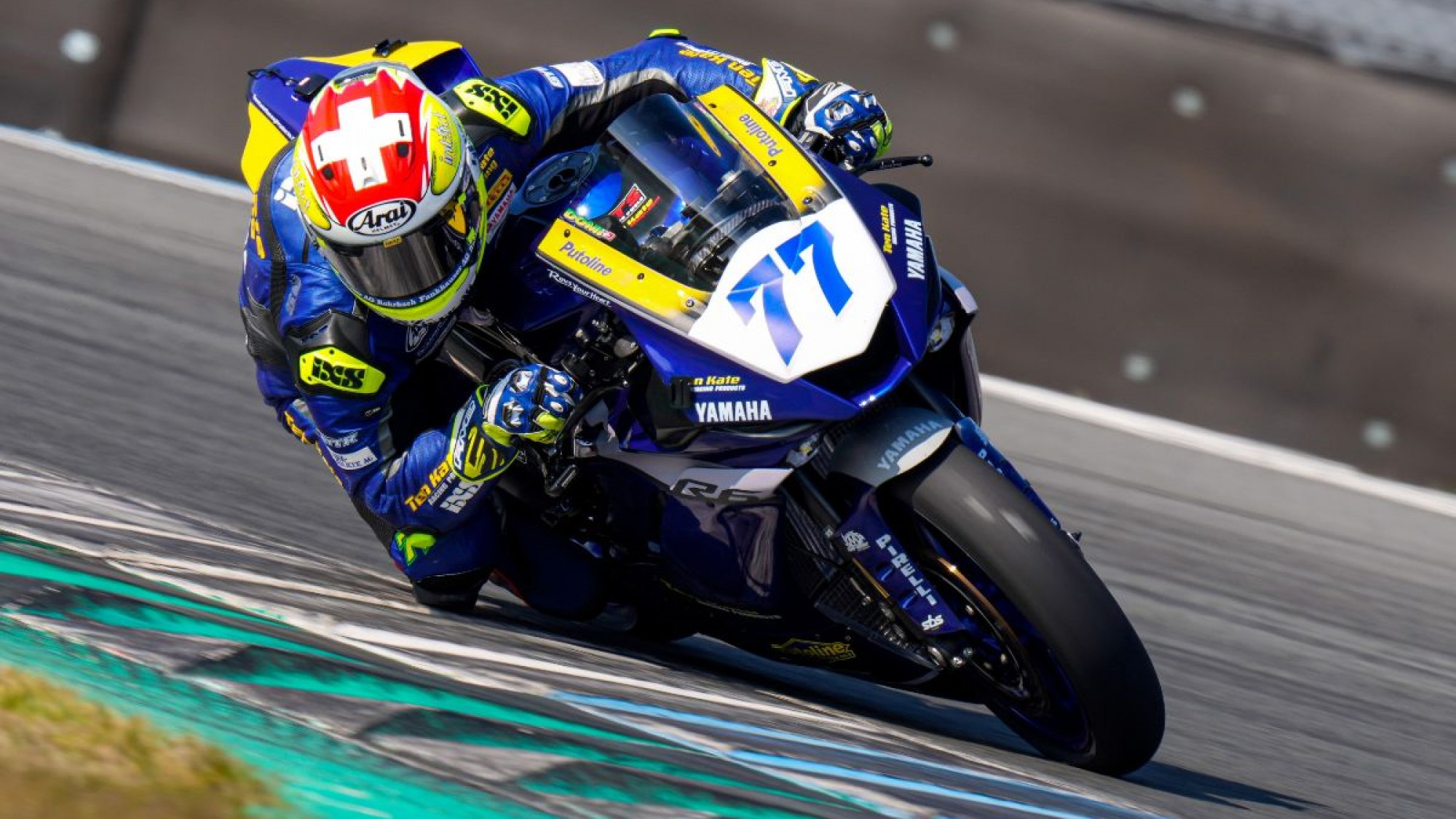 Preparations in the FIM Supersport World Championship continued ahead of the 2021 campaign with Ten Kate Racing Yamaha taking to the TT Circuit Assen this week to complete their on-track pre-season preparations with Dominique Aegerter, with the rookie able to complete the full test programme in The Netherlands a month ahead of the new season.

The team took to the track on Monday and Aegerter completed 87 laps throughout the day, while his teammate, Galang Hendra Pratama, did not attend the test as he was in his native Indonesia, Moto2™ stalwart Dominique Aegerter lapped close to the lap record for WorldSSP at the TT Circuit Assen as he continued to adjust to WorldSSP following his move across to the World Supersport paddock.

The test allowed Ten Kate Racing to test many items and setups on the Yamaha YZF R6 machine ahead of the season starting in just over a month at MotorLand Aragon, with the team now aiming to refine the details in their workshop ahead of the new campaign. Reacting to the test, Aegerter said: “It was a good test on the home track of the team in Assen. It was a private test, so I was the only one on the racetrack. It was a very positive day in good conditions with some sun and around 25 degrees asphalt temperature. We were also very fast and my fastest lap was around the lap record. My pace was going a little bit up and down, because the wind was changing a bit during the day. We collected a lot of data, which the team can check in the workshop. We’re at a top level and I can’t wait to start the season. Big thanks to the Ten Kate Racing Yamaha team for their hard work and to the TT Circuit Assen for this opportunity!”

Team Manager Kervin Bos added: “We also finished our last test in Assen. First of all, I would like to thank the TT Circuit Assen for this opportunity. We had fantastic winter tests with Dominique. He was fast during all the tests. Also during this training in Assen we were able to test a lot of basic settings and gathered important information. As a team we are very happy with where we are now. We will use the coming month to work on the last details. I think we are ready to race with Dominique and Galang. We will start the first round in Aragon with a lot of confidence!”

Catch all the action from WorldSSP in 2021 using the WorldSBK VideoPass!