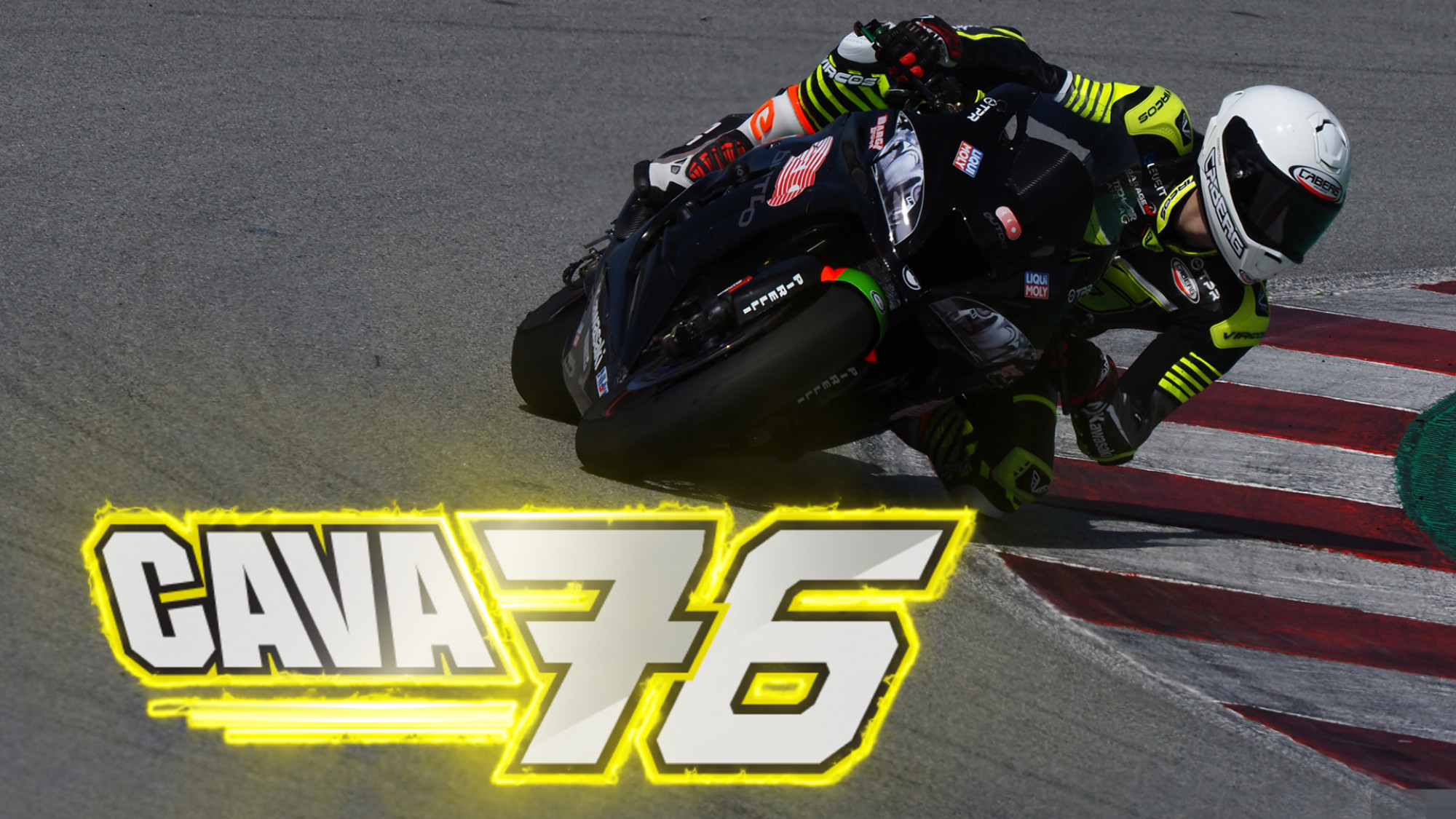 From idolising Valentino Rossi to making his full-time debut in WorldSBK: meet Samuele Cavalieri, one of many rookies joining the World Superbike class in 2021

The determination of young rookies is often a factor that makes the difference, and heading into the 2021 MOTUL FIM Superbike World Championship, that is also one of the strengths of Samuele Cavalieri (TPR Team Pedercini Racing). Born in 1997, he’s about to debut as a regular presence among the 'greats' of the Championship and hopes to shine in as the season goes on. He’s not lacking in determination, and he certainly has the credentials to face his rivals from the start of the new season that kicks off at MotorLand Aragon on May 21-23.

“I’m aware that this is a great challenge and that it will also be demanding as the level of the Championship is very high and I have only seen many of the circuits on the PlayStation. The important thing is to gain experience as far as I'm concerned, and I want to grow step by step. My goal is to be in the top ten or at least in the points.”

The passion for engines and for two wheels is the most characteristic feature of the Bologna rider, who tells us how his love for motorcycling was born: “It all started when I was very little, since my uncle always went out for a ride with the motorcycle on Sunday afternoons with his friends. From then on, the spark was lit. I got on my first bike when I was four years old, a 50cc minicross. I started riding around the house, and at six, I rode the first time on a track called Pomposa, in the province of Ferrara.”

His idol since he was little is a rider who has made history and who in 1997, a few months after Samuele's birth, won his first world title: Valentino Rossi. Obviously 2020 was not an easy year due to the pandemic, but despite this, Cavalieri got a lot of satisfaction in Italy’s CIV. “I fought for the title until the last race, where I finally took second position, but I am not forgetting my debut in the World Championship, which was in Misano in 2019 with the Motocorsa Racing team.”

Since 2017, Samuele has a very expert figure by his side, the experienced Michele Pirro. “I think that the turning point in my career coincided precisely with the arrival of Michele, a great person who is always by my side when I start training and who’s made me understand and grow a lot also on a human level. Thanks to him, I felt an ‘authentic’ rider for the first time.”

Obviously, reaching the premier class of the World Championship has also brought some new challenges for Cavalieri: “I realised that the working method is very different. In fact, in the CIV, there is little filming, the sessions are short and there are many pauses between the different sessions. In the World Championship, on the other hand, everything is very concentrated, and you have to always be aware of everything.”

After four years with Ducati, Cavalieri is about to start a new chapter in his career with the Kawasaki ZX-10 RR of the TPR Team Pedercini Racing, making it the first time he will ride an in-line four-cylinder motorcycle: “We have done few tests with the Kawasaki but, in any case, I have already understood that the level it is really high and that also the Independent teams are very competitive. Getting into the points from the middle of the season would be fantastic.”

The Italian will be part of the team led by Lucio Pedercini for two seasons. A few weeks ago, he rode at the Circuit de Barcelona-Catalunya during the supported preseason test, which were useful to collect data for his debut campaign. “I'm not entirely satisfied with how things have gone,” says Cavalieri. “The bike is really very different and after seven months off the tracks, I ran into some difficulties. I couldn't work as I would have liked but I think it's quite natural given the long hiatus.”

Without a doubt, he does not lack neither the courage nor the typical rookie energy and is excited to start his first full year of action in WorldSBK: “I am ready and very motivated. For me everything is new in this team, I feel very good and in two days I have already realised the great passion they all have. I can't wait to start the season!”

Don't miss out on World Superbike action in 2021 with the WorldSBK VideoPass!