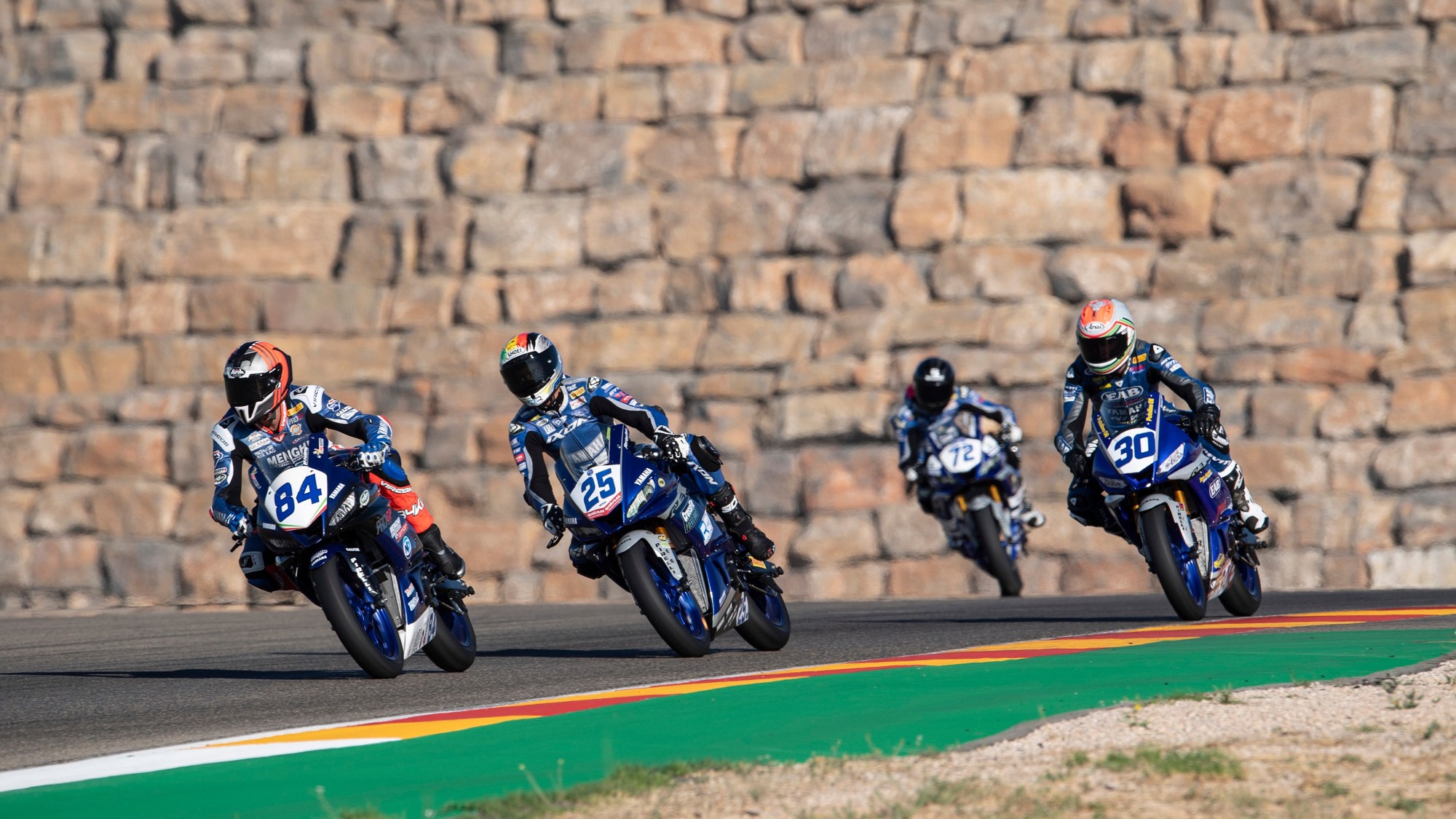 Yamaha Motor Europe and Dorna WSBK Organization (DWO) are delighted to announce the calendar for the 2021 Yamaha R3 bLU cRU European Cup, which will support six rounds of the MOTUL FIM Superbike World Championship next season with two races per event.

The championship will then join WorldSBK for the new season-opening round at Estoril (7-8 May), Misano (11-12 June), Donington Park (2-3 July), the TT Circuit Assen (24-25 July) and Magny-Cours (3-4 September), before reaching its conclusion at Circuit de Barcelona-Catalunya (17-18 September), where the inaugural champion will be crowned.

Each weekend will consist of 30-minute Free Practice and Superpole sessions on Friday, with both 10-lap races taking place on Saturday.

The overall champion will earn a place on the 2022 FIM Superport 300 World Championship grid with the WorldSSP300 bLU cRU team, providing they are over the minimum age of 15. Second in the standings will be offered a wildcard entry into the WorldSSP300 for the following season, as well as a 50 percent discount on their 2022 Yamaha R3 bLU cRU European Cup registration, which will also be awarded to the rider who finishes third.

The calendar is provisional and subject to change in accordance with government directives and the latest updates regarding Covid-19.