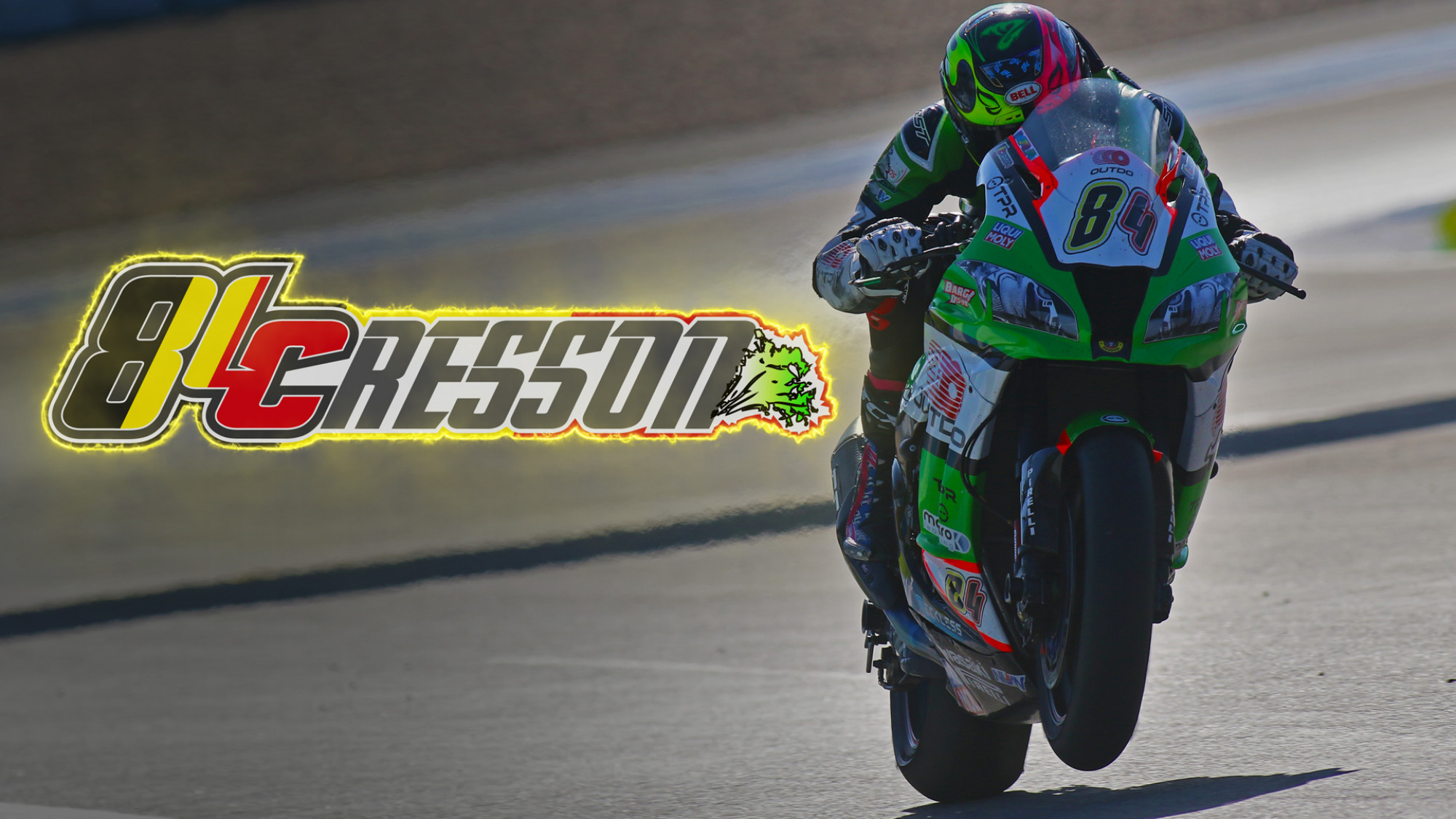 Loris Cresson will defend Belgium's colours in WorldSBK this season with Lucio Pedercini's team, with the rookie outlining his aims and ambitions for the season ahead

It took 14 years before seeing a Belgian rider in the MOTUL FIM World Superbike Championship again. Before Loris Cresson (TPR Team Pedercini Racing) at Estoril last year, we had to go back to Didier Van Keymeulen at the Lausitzring in 2006! In 2021, Cresson is a full-time rider and whilst being the youngest Belgian ever on the grid in WorldSBK at just 22 years of age, he also aims to be the first to score points in WorldSBK since 1996 at Brands Hatch, when the late Michael Paquay finished 12th in Race 2.

Born in Braine-Alleud, Cresson already has a wealth of experience in competition. After competing in the Spanish, French and German Moto3 championships between 2012 and 2015, it was in 2016 that he entered the paddock of the FIM World Supersport Championship. “I started in Belgium in 2009,” says Cresson. We then quickly headed for Spain. Between 2012 and 2015, I raced in CEV Moto3™ before moving towards 600cc in Italy and then in the World Championship. I spent three years in WorldSSP, until 2020. And for 2021, I am embarking on the great adventure of WorldSBK!”

After a crash in Race 1 of the Motul Portuguese Round at Portimao last year, heavily injured Sandro Cortese was forced to miss the rest of the season whilst he recovered from his injuries. Lucio Pedercini quickly had to find a replacement for the German rider and for the last round, called upon Cresson to represent the team.

Valentin Debise was called in first, then Roman Ramos and finally Loris Cresson to conclude the campaign in Estoril: “After Sandro’s injury in August, the team were looking for a replacement in each event. The WorldSSP season had been complicated and my manager has known Lucio Pedercini for many years, so we took over Sandro's bike. I wasn't fighting for the WorldSSP title and since WorldSBK had been my goal for a while, we were like “why not?!” and we got started.”

For his first time in WorldSBK, Cresson took 18th place as the best result out of the three races in Portugal. After this experience, it was not long before he got back to work to get the 2021 season off to a good start, despite difficult health conditions. "I worked a lot on my physical condition and also rode motocross a lot," he explained. I did two days of testing in Jerez, two more days in Aragon and then in Estoril with last year's machine. This gave me a better understanding of the behavior of a Superbike or even electronics. During March, I also rode in Belgium with a stock motorcycle that the team sent me.

“I haven't been back on my racing bike since November,” he added. “Due to the current restrictions, things are more difficult to organise, but I'm not the only one… Lucas Mahias and Isaac Viñales also still haven’t ridden the latest ZX-10RR. I hope to be able to complete a few days of testing before the start of the season. It's starting to get short, but there is a way!”

For 2021, Cresson will once again be riding a Kawasaki ZX-10RR, similar to the one available to Jonathan Rea and Alex Lowes (Kawasaki Racing Team WorldSBK): “Basically, we all have a ZX-10RR. Our brakes are a bit different, as the team has a partnership with Nissin which I think is a bit further along in development. Other than that, we have the same material. The difference might be felt in the latest items, but that's it.”

Faced with other much more experienced beginners such as Tito Rabat (Barni Racing Team), Lucas Mahias (Kawasaki Puccetti Racing) and reigning WorldSSP Champion Andrea Locatelli (Pata Yamaha with BRIXX WorldSBK), Cresson is aware that the rookie title of the year promises to be difficult to achieve: “Against Rabat or Mahias who already have some experience, aiming for the title of rookie of the year would perhaps be a little pretentious on my part,” said a moderate Cresson.

“The goal will be to discover the category and the team, and to learn to work together. We will try to get as many points as possible. I think it will already be a good start for a first year. The field is competitive, so it will be about learning while getting as close as possible to the better positions.”

Follow Loris Cresson's progress during the 2021 WorldSBK season with the WorldSBK VideoPass!