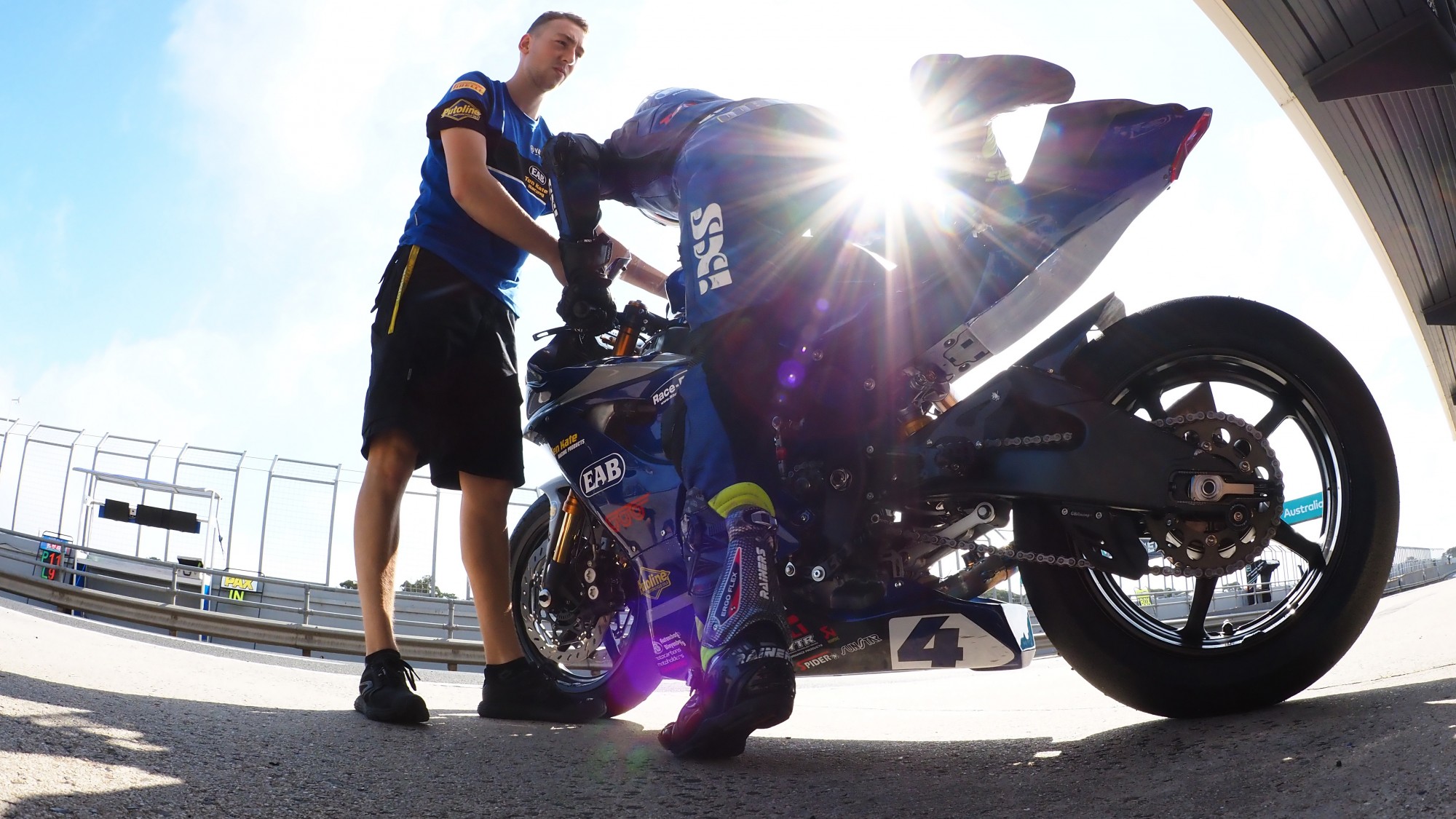 With anticipation building ahead of the Yamaha Finance Australian Round, it has been confirmed that the first race of the FIM Supersport World Championship season will take place under flag-to-flag conditions. A compulsory entry to the pits to change tyres for all bikes, as seen last season, will be undertaken with shortened race distance of 16 laps, the same as wet weather race distance.

After speaking with the teams and based on the information gathered during the official two-day test at the Phillip Island Grand Prix Circuit, FIM and Dorna WSBK Organization have decided to implement this format for Sunday’s race, adding an extra dynamic for the 21 riders set to line up on the grid.

Riders are free to choose when to do their pit-stop, under the condition that no tyre is used for more than 10 laps. Under wet conditions, the race will be 16 laps and if a wet tyre is used for the entirety, then no pit stop is required. If, however a bike changes to dry tyres, then they must respect the 10-lap rule.

The decision does not affect any of the WorldSBK races, that are scheduled to be run in normal conditions.

Giorgio Barbier, Pirelli’s Racing Director, gave clarity to the decision: “This year for the first time, the 600 class uses slicks instead of the grooved tyres. Despite the long runs some of the riders did during the tests, the data Pirelli collected was insufficient to evaluate what would be the behaviour of the tyres for the entire race, therefore the decision was made, in accordance with Dorna and FIM, to implement the flag to flag format for the Sunday race.”