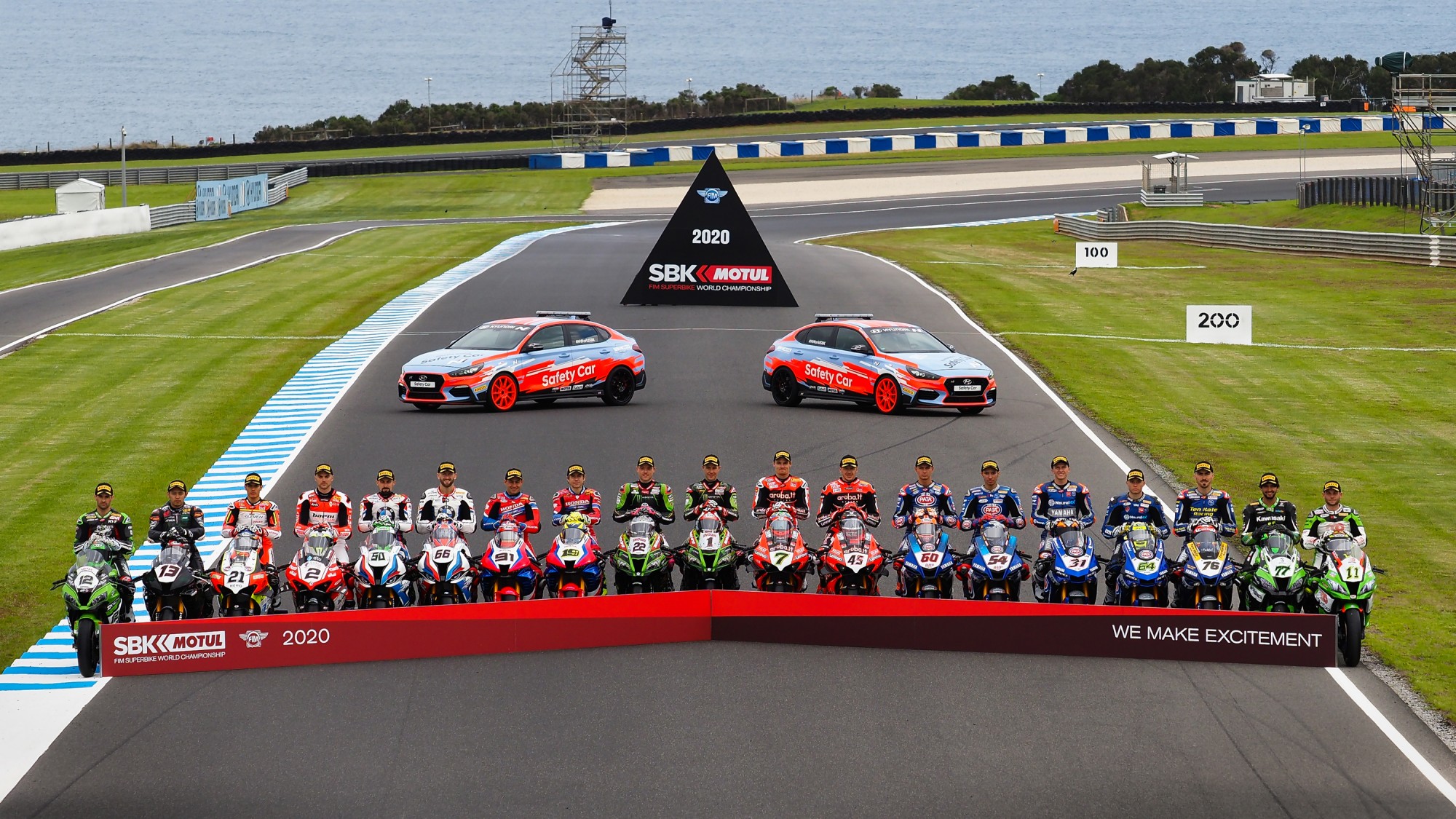 Before the action begins on track, the 28th of February, all 19 WorldSBK and 24 WorldSSP riders posed for the traditional family Official Chevron picture in front of the picturesque island coastline. Hosting the first round of the 2020 MOTUL FIM Superbike World Championship, the Phillip Island Grand Prix Circuit is the perfect background for the WorldSBK Official Chevron picture.

Keep up with all the racing action from the Yamaha Finance Australian Round, all with the WorldSBK VideoPass.