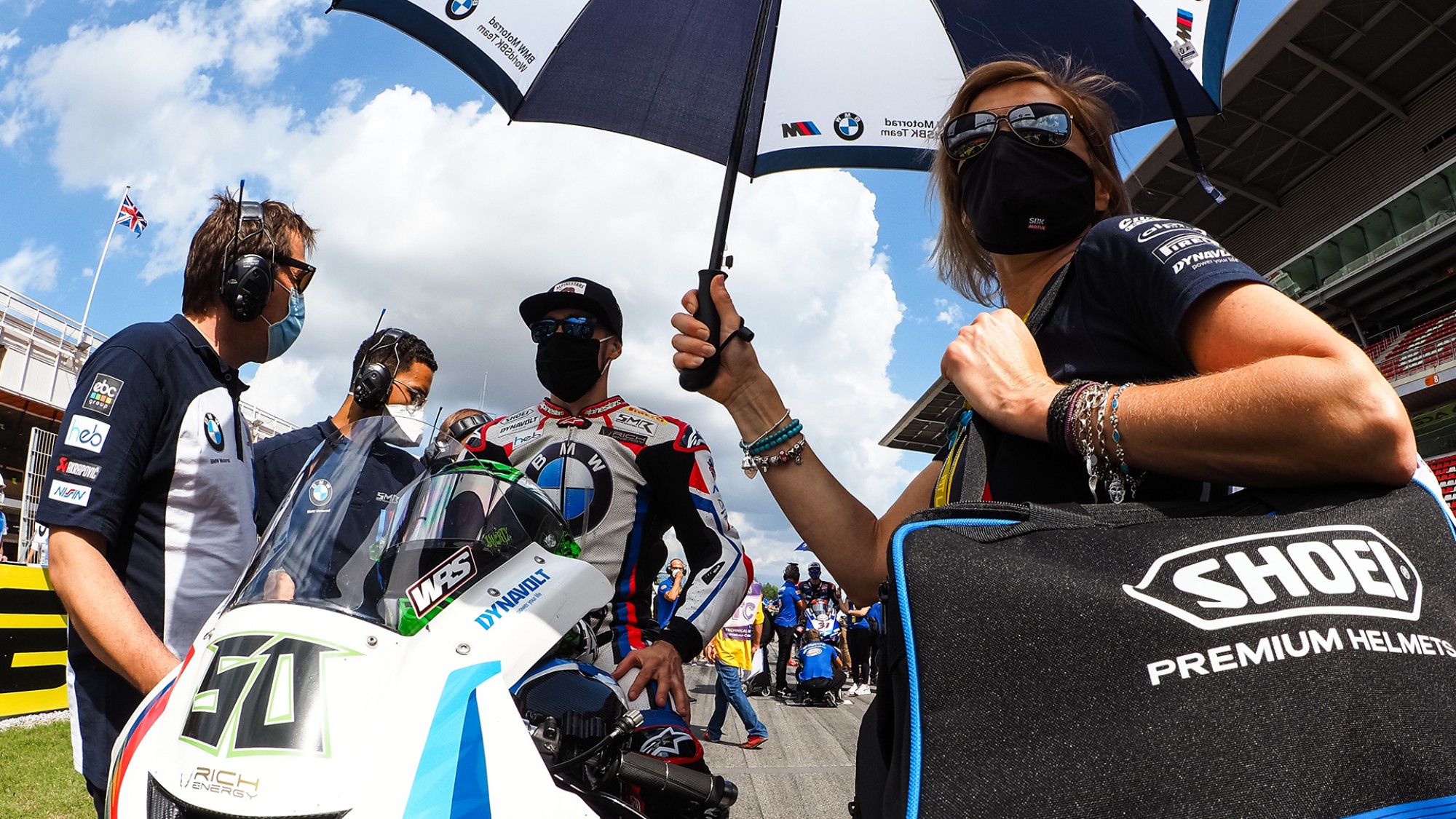 After switching to the BMW Motorrad WorldSBK Team outfit for the 2020 MOTUL FIM Superbike World Championship season, Eugene Laverty is on the hunt for a new seat for the 2021 season after the German factory outfit kept Tom Sykes and brought in Michael van der Mark.

Laverty took one of BMW’s two pole positions throughout the 2020 season as he secured the top Tissot Superpole spot at the French Round at the Circuit de Nevers Magny-Cours, although he was unable to convert that into a strong result following a Turn 1 collision with teammate Sykes and American rookie Garrett Gerloff.

Discussing his departure from BMW, Laverty said at the Estoril Round: “We didn’t make a lot of progress in the later rounds up until Magny-Cours. Estoril was a track that was not well-suited to our bike, but we have to look a few rounds ago, at Catalunya, we had a really good race result there. I wanted to finish the season strongly for them. I rode to the maximum I could every single lap, but our pace was not so fast, I at least tried to be consistent and put in the best performance I could.”

With the decision coming late, and all factory seats now taken for next season, Laverty will have to join an Independent outfit for 2021 with the Irishman admitting he would like to remain on a BMW machine for next season, with a potential BMW satellite squad seemingly on the way to the 2021 grid.

When asked about his plans for 2021 at Estoril, Laverty said: “Right now, I’m not sure what beckons in 2021. We did a lot of work with this bike this year. Some good, some bad, but we have a clear understanding of the direction the project needs to go on. I’d like to continue on a BMW in 2021 but, right now, it’s all a bit up in the air.”

As all factory seats have been taken for 2021, Laverty is left searching for a seat at an Independent team which may come with factory support for the 2021 season. Team GOELEVEN currently has a vacancy following Michael Ruben Rinaldi’s move to the ARUBA.IT Racing – Ducati outfit. Laverty competed with the team in 2019 on Ducati machinery as he finished 15th in the Championship in his one year with the team.

There are two other teams using Ducati machinery without confirmed riders for 2021 who competed full-time in the 2020 season with Motocorsa Racing and Brixx Performance currently yet to announce 2021 riders, although Axel Bassani did a test with Motocorsa Racing after the season-ending Pirelli Estoril Round. Could one of these two seats be an option for Laverty?

There is also one Kawasaki Independent seat available with OUTDO Kawasaki TPR yet to announce its 2021 rider after using four riders throughout 2020. Belgian Loris Cresson was the fourth different rider and took part in a one-day test for the outfit at the Circuito Estoril. The other seat available for Laverty, with the exception of a potential new BMW satellite outfit, would be at Ten Kate Racing Yamaha.

Ten Kate Racing is yet to announce its plans for 2021 after a strong 2020 season with Loris Baz; the Frenchman picking up four podiums including two at his home race. The sole team running Yamaha machinery in 2020 to not have a rider confirmed for next season, will Laverty consider returning to Yamaha machinery for the first time since 2011?

You can watch the best bits of the 2020 season and build up to 2021 with the WorldSBK VideoPass!