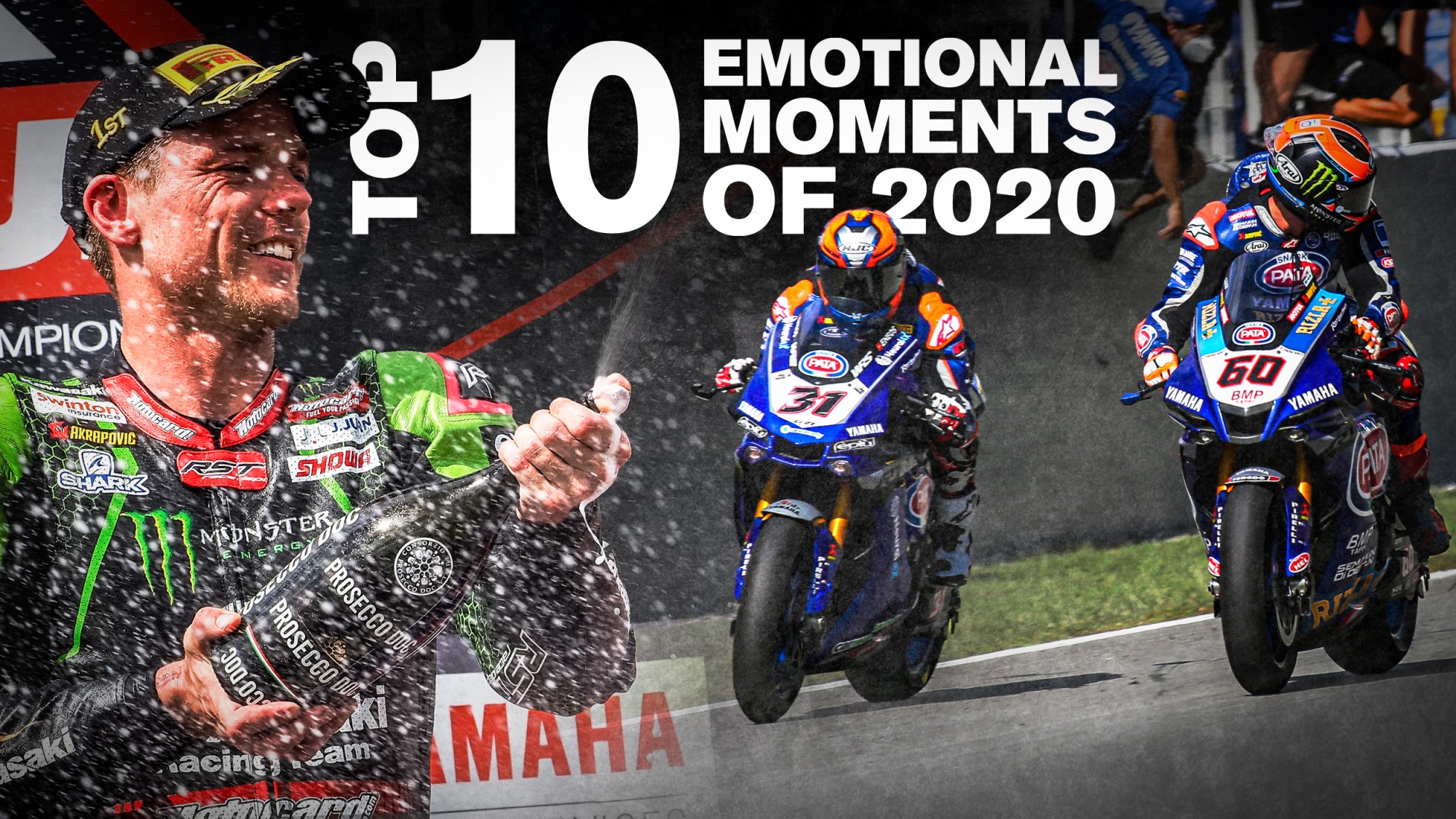 From long waits for podiums ending to new team success from the off, 2020 had all the emotions covered right from the start…

The 2020 MOTUL FIM Superbike World Championship comes to a close after a titanic year of new rivalries and first-time wins. Amongst all of the excitement were the more heartfelt and passionate moments. Whether there’s a lump in your throat for Alex Lowes’ Kawasaki Racing Team WorldSBK) first win in green or Honda’s podium return, enjoy Part 1 below and await Part 2 tomorrow.

Race 2 of the season-opening Australian round was stunning from start to finish, even if the pace was slower and the race itself more tactical. Jonathan Rea led for most of it, but it was teammate Alex Lowes who came through in the closing stages to hit the front. Rea chased him down valiantly on the final lap, bridging a half-a-second gap to challenge him to the line, but Lowes held on. Rea’s new teammate had defeated him in the opening round, although the Champion would fight back.

Honda as an official factory manufacturer had been away from World Superbike since the end of 2002, when they signed off as Champions. However, their comeback in 2020 was nothing short of admirable and by the closure of the fourth round at Aragon, they were back on the podium. A tussle at the front between Jonathan Rea and Chaz Davies (ARUBA.IT Racing – Ducati) took centre stage but Alvaro Bautista brought Team HRC back to the podium, something for them to build on in 2021.

The Pirelli French Round was underwater for the whole weekend, but it certainly didn’t dampen home-hero Loris Baz’s (Ten Kate Racing Yamaha) ambitions. Briefly leading before having to settle for second, it was the Frenchman’s first full-race podium since 2014 and his Ten Kate team’s first on the Yamaha. Having enjoyed Superpole Race success twice already, the elation of getting on the podium in front of the home fans was clear for all to see. Baz was back and looking good at home.

He may have been a rookie and not much was expected of the unknown quantity in Garrett Gerloff (GRT Yamaha WorldSBK Junior Team), but that didn’t stop him seriously impressing in the second half of the season. Battling for second place at Catalunya and looking like he had it in the bag until a final lap error, the American still took home third and gave the USA a first podium since the late great Nicky Hayden in 2016. A new star had been unearthed, how long until he takes victory?

It had been nearly seven years without a World Championship race win for Scott Redding (ARUBA.IT Racing – Ducati), but at last, the reigning BSB Champion was back to the top step with a fine victory in the heat of Jerez’s Race 1. The Ducati Panigale V4 R coasted ahead of Rea with six laps to go at Turn 6 before clearing off into the distance; the Ducati clearly having the edge in the higher temperatures. The straight-talking Brit was back on top, an emotional first WorldSBK win for him.

Check out part 2 of the top ten fairytale moments HERE!

Get ready for more in 2021 and enjoy the build-up to the new season with the WorldSBK VideoPass!