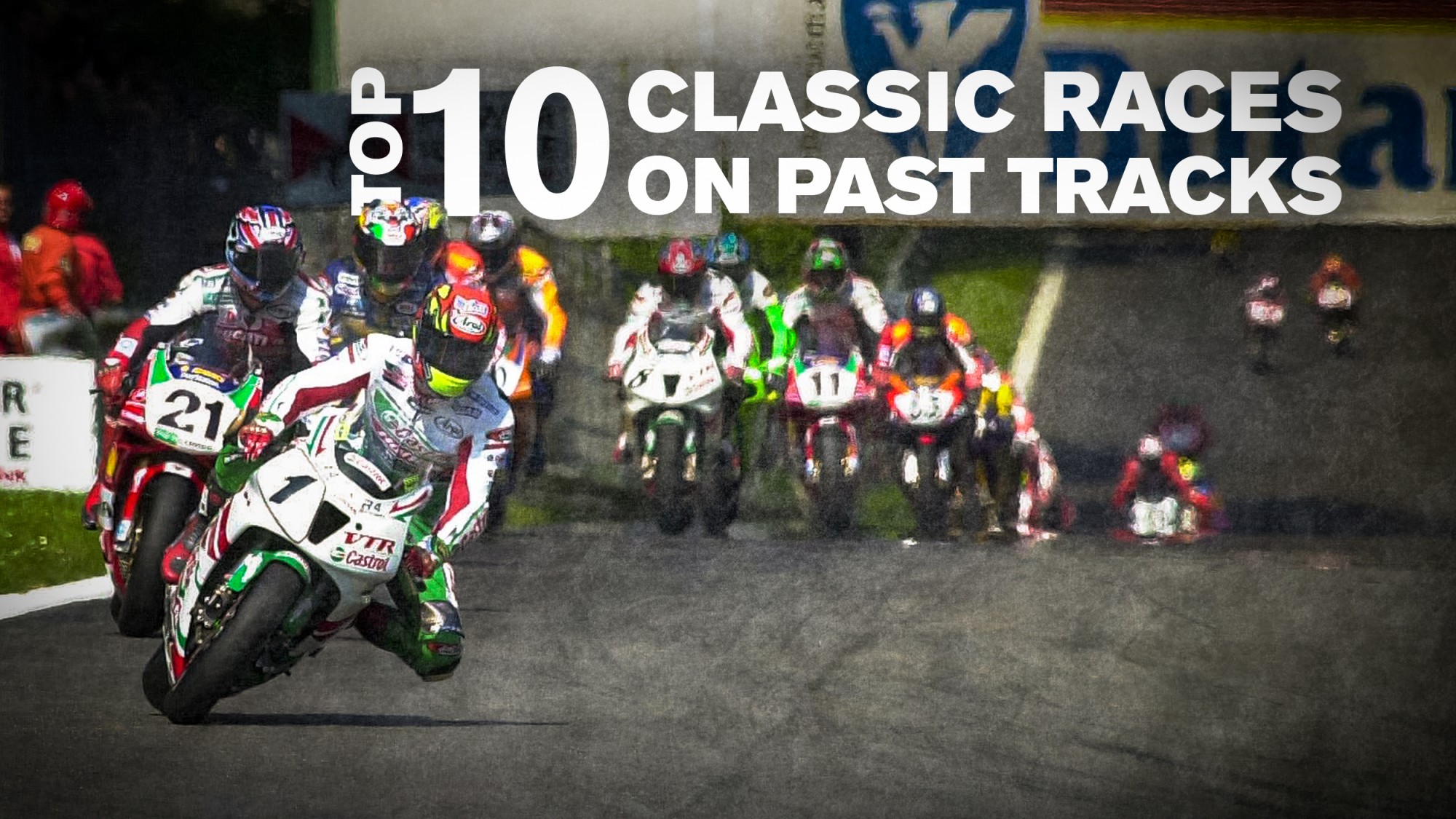 Rain, wildcards and breath-taking final lap battles and all on those former WorldSBK circuits; feel the tension, the goosebumps and the excitement!

Following on from Part 1, we revisit the former battlegrounds of the FIM Superbike World Championship in our countdown to find the best race from classic tracks. Austrian, Italian and German circuits all feature on this list, but which one comes out as number one?

Round 5 of the 1991 WorldSBK season put on one of the most spectacular showings of World Superbike racing, still revered today. Stephane Mertens, Doug Polen, Raymond Roche and Rob Phillis all went head-to-head at frighteningly fast speeds on the final lap as they carved through the Styrian Mountains on a narrow lace of road. Finally, a side-by-side run to the line saw Mertens pip Polen by just 0.270s, achieving his and Belgium’s last win in one of the craziest races in this era of WorldSBK.

A crazily unpredictable wet weather stunner occurred at the Nurburgring in 2011, with heavy rain giving the first wet race of 2011. Noriyuki Haga had only led three laps in 2011 but found himself leading in Race 2, with a nine second lead. However, the rain considerably worsened, and chaos ensued; Jonathan Rea crashed at Turn 1 before leader Haga crashed too. Rain master Tom Sykes now led and eventually, the red flag came out. Sykes took his first win in a crazy Nurburgring thriller.

In 1998, Shane Byrne took a surprise win on his debut in British Supersport; 5 years on, ‘Shakey’ achieved the double as a wildcard at Brands Hatch in World Superbike. The 2003 Brands Hatch WorldSBK round welcomed a new British talent to the world. A dominant Race 1 preceded a hard-fought win in Race 2 as he battled with fellow British wildcard John Reynolds onto the last lap. Byrne held on and it would go down as one of the greatest WorldSBK races ever to occur at Brands Hatch.

It wouldn’t be a top ten list without Monza, so with the focus is about tracks from the past, this one is always going to feature highly. Countless classics to choose from, Colin Edwards vs Troy Bayliss from Race 1 2001 is widely regarded as the start of the rivalry between them. A last lap fight saw both rubbing elbows into the Parabolica, with Bayliss and Ducati fending off Edwards and Honda for their first win of 2001 and in front of a passionate home crowd. Monza just never failed to deliver…

The Hockenheimring brings endless memories; slipstream battles, continuous unpredictability and a fear-factor like no other track. In 1996, Race 2 would go on to be a race still talked about today, with numerous notable names putting it as their favourite of all time. Against the odds after a switch from Ducati to Honda for 1996, Carl Fogarty put in one of the most determined rides of his career to take his first win on RC45 Castrol Honda. A last lap pass into the stadium section got ‘Foggy’ ahead and to the delight of the crowd, he took his first win for the Japanese manufacturer by just 0.300s.