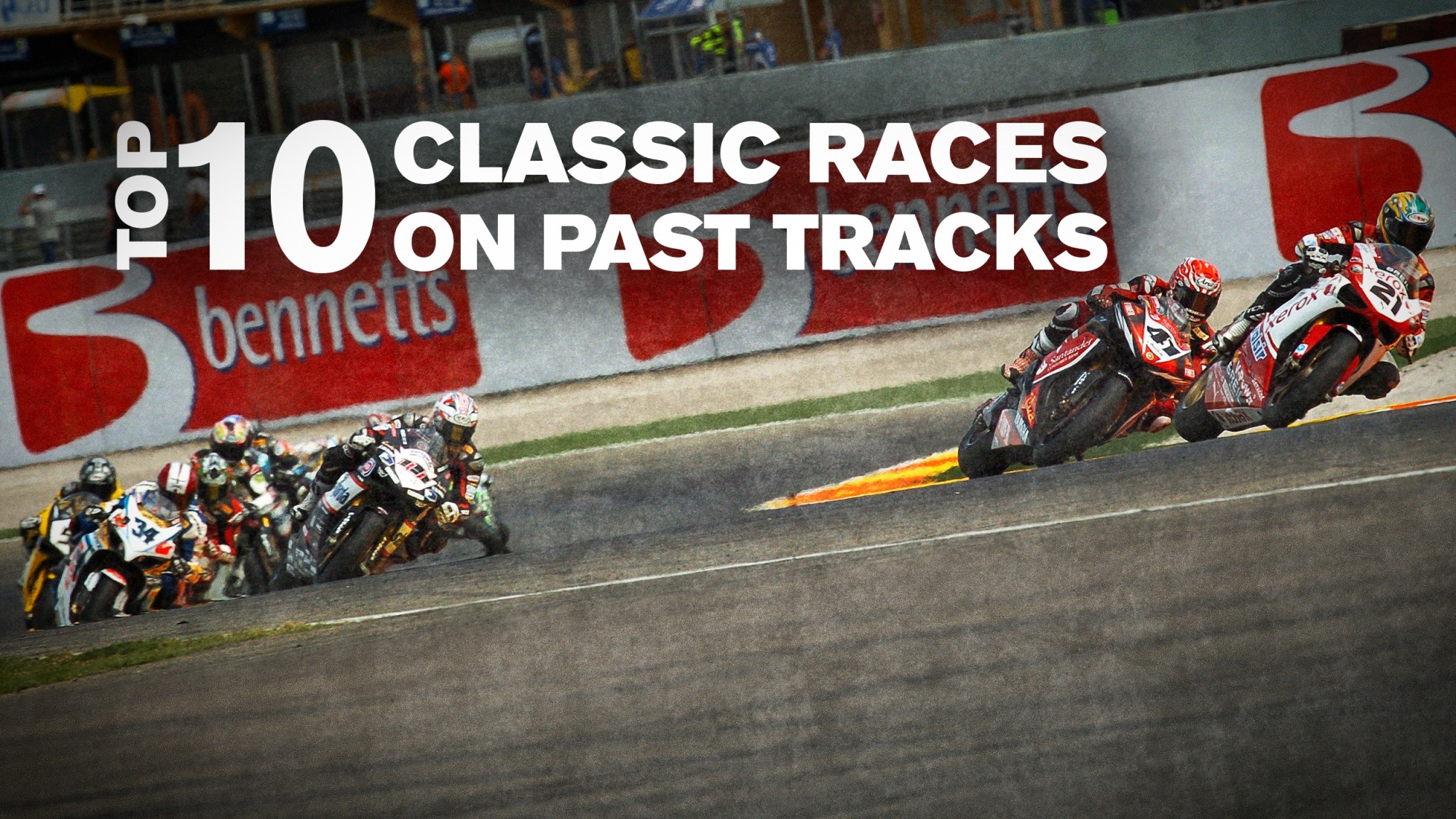 10 tracks, 10 classic duels and a look back to some of the venues that make WorldSBK’s history!

The MOTUL FIM Superbike World Championship has visited nearly 50 race circuits in its history, all providing thrilling action that will never be forgotten. In this latest list, it’s time to delve into the archives and search for those retro tracks that gave truly memorable WorldSBK battles.

Having not been on the WorldSBK calendar since 2004, Laguna Seca’s return was a thriller. A Tom Sykes domination in Race 1, it was a four-way scrap in Race 2. Sykes looked set to make it a double but a rapid drop off in the final laps saw Eugene Laverty, Davide Giugliano and Marco Melandri breeze ahead. A final lap showdown saw Giugliano pressure Laverty, but it was victory for the Irishman. A great track with great memories and one of the most iconic corners in motorsport.

The iconic Kyalami circuit in South Africa hosted the opening round of the new millennium. Colin Edwards, Noriyuki Haga and Carl Fogarty all went head-to-head on the final lap of Race 1, with Edwards and Haga leaving it until two corners to go to sort it out. A breath-taking end to the opening race witnessed Edwards barge ahead of a relentless Haga, storming to his first victory of 2000. The first of many classics, Kyalami cemented itself as a phenomenal circuit for the WorldSBK circus.

Spectacular scenery and an intriguing title race headlined the first ever WorldSBK round in Utah. With Troy Bayliss out in front, Carlos Checa was second, with 15 points covering him back to sixth-placed Corser. Rookie Checa stormed the new venue, with an impressive Race 1 seeing him take his first win whilst points leader Bayliss crashed and third-placed Haga went down too. With Bayliss not scoring in Race 2, the 78-point gap coming into the round was slashed to just 28…

Jonathan Rea was on course to become the first rider since Neil Hodgson in 2003 to win the opening four races of the season. However, a gritty, determined ride from teammate Tom Sykes at the ‘Destination of Speed’ ended that particular achievement. Last lap passes between the two ended with one of Sykes’ finest victories as he courageously resisted Jonathan Rea’s onslaught to the final corner. The closest finish ever in Buriram, one of the most atmospheric events in WorldSBK.

Carlos Checa arrived to WorldSBK in 2008 with a point to prove, whilst Max Neukirchner’s strong start to the year had heads turning. On the final lap of the opening race in Valencia, both were going head-to-head, as were Troy Bayliss and Lorenzo Lanzi behind. A desperate last-corner lunge from Checa wiped him and Neukirchner out, whilst to the surprise of everyone track side, Lorenzo Lanzi beat Bayliss to win! The Valencian circuit had many classics but this one was by far the most famous.

Check back tomorrow (Wednesday, 29th April) to find out which classic races make up the top five!

Make sure to enjoy the 2020 WorldSBK season when racing resumes with the WorldSBK VideoPass!