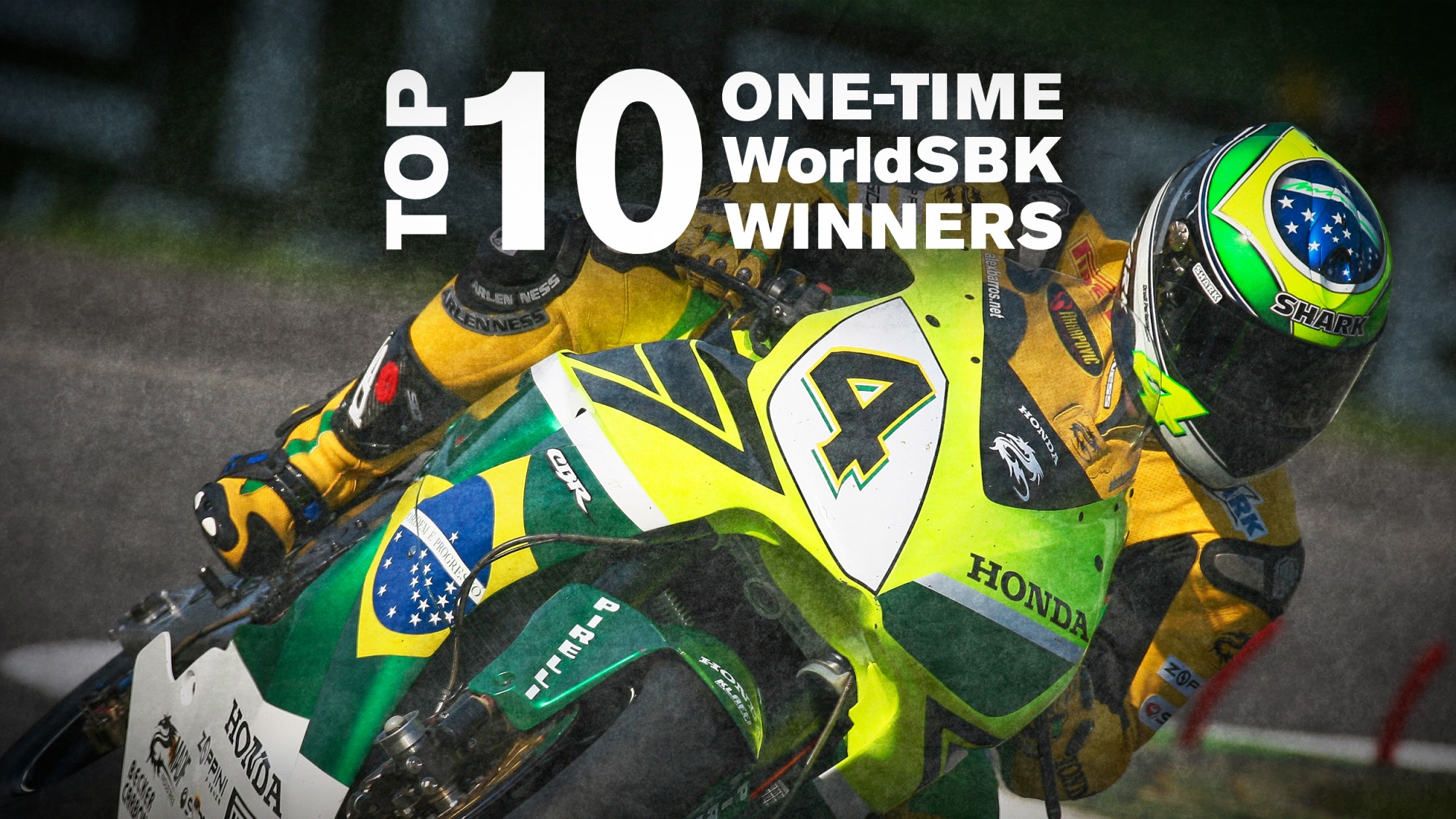 From Canada in 1991 to Qatar in 2015 and much in between, there’s plenty of strange results…

The FIM Superbike World Championship has seen 76 different riders take victory since the first meeting at Donington Park in 1988, but 19 of them have been one-time winners. In this Top 10 feature, it is time to relive some of the best as we countdown from 10 to 6 in Part 1!

Jamie Whitham’s WorldSBK career was full of highlights. The popular, charismatic British rider shone in 1994; overcoming illness in Indonesia, Whitham took his only WorldSBK race victory in fine style aboard a Ducati 916 R in his 25th race. Only four more podiums would follow, including a final one at Brands Hatch in 1998. Overcoming cancer, bouncing back and going on to win in World Supersport too; you can’t keep a good man down.

The boycotting of the 1991 Canadian round by regular riders left a host of wildcards in with a shout of victory and in Race 1, it would be Pascal Picotte who became Canada’s most-recent winner. The youngest rider on the grid, 21-year-old Picotte pulled out an enormous lead of 7.425s to win. He’d return in 1995 but couldn’t replicate his achievements before. A best of 10th at Laguna Seca would be the only other stand-out ride, before achieving plenty of success in national championships.

In another Qatari thriller where another new winner was unearthed, Jordi Torres put in a phenomenal performance on his Aprilia to challenge Jonathan Rea. It would all come down to the last corner and Jonathan Rea, whilst trying to ride around the outside of Torres, couldn’t make the apex and Torres steamed ahead. So much promise yet unable to add to his tally, Torres will be keen to gel with the new Honda when racing resumes in 2020.

Someone had to stop Troy Bayliss; with eight consecutive wins, the Australian was on a mission. Troy Corser, James Toseland, Noriyuki Haga and Alex Barros joined him in the top five in the standings, but it would be the sixth-placed Andrew Pitt who halted his fellow countryman’s rampage. Pitt led Toseland and Bayliss during the race but a crash for Bayliss after and a run-off for Toseland left ‘Pitty’ out front to take his first and only WorldSBK win. A fine ride worthy of much celebration.

2006 featured three new race winners but it was Alex Barros’ win at Imola which made more history than others. The first Brazilian to win in WorldSBK, the first Latin American to win and one of a handful of riders to win in MotoGP™ and WorldSBK, doing it in back-to-back seasons. Coming from eighth on the grid and initially dropping to eleventh, Barros hit the front with a bold move on James Toseland on Lap 12 before cruising to his only victory, the last for any South American rider.

Don’t forget to check back for Part 2