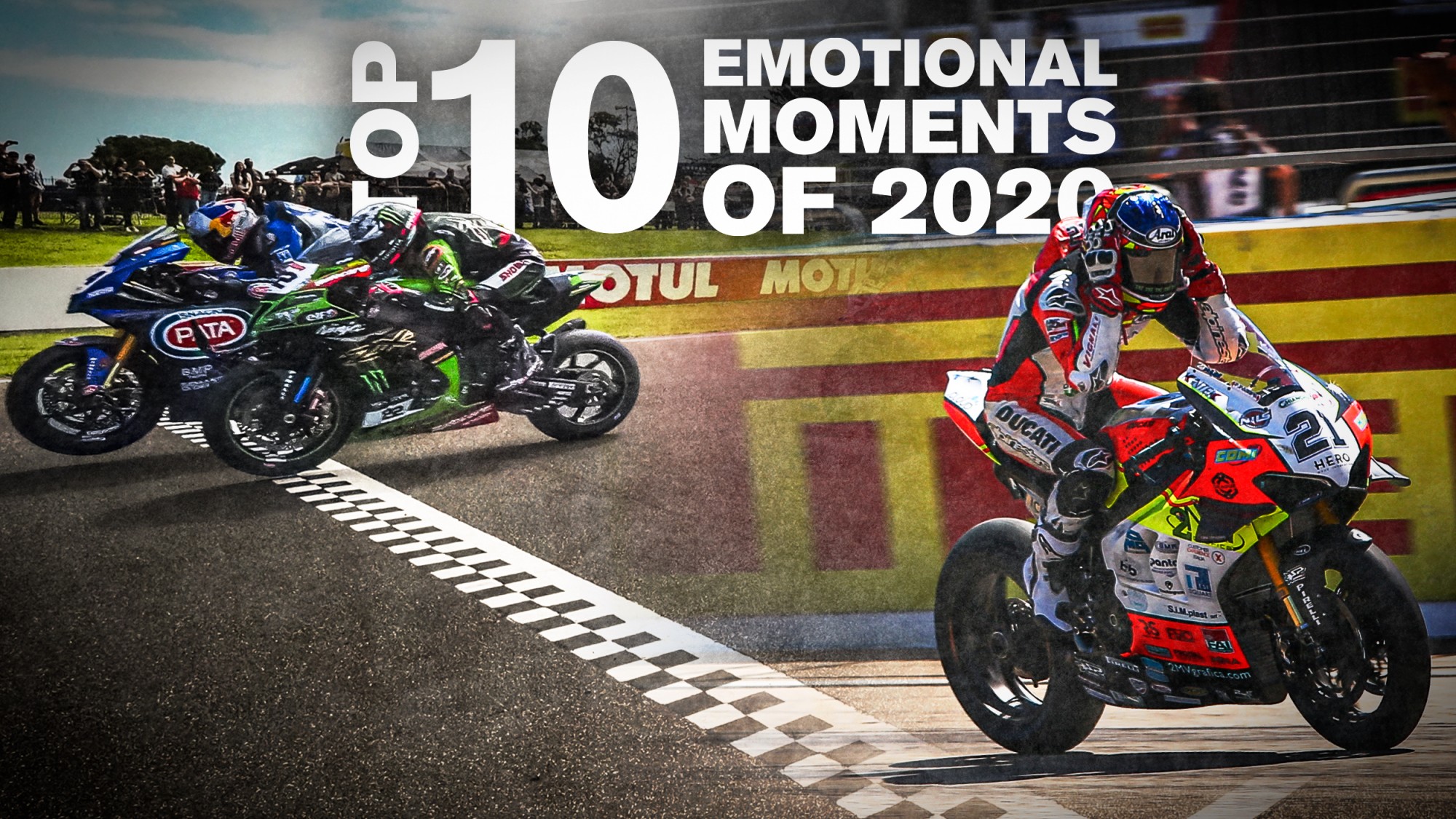 The hairs are standing on end; the most emotional sights of WorldSBK’s season are here…

The 2020 MOTUL FIM Superbike World Championship has come to a close and after a thrilling year, we’ve whittled down the top ten most emotional moments for you to cast your mind back to. From Michael Ruben Rinaldi’s (Team GOELEVEN) first win to Scott Redding’s (ARUBA.IT Racing – Ducati) return to World Championship winning, enjoy Part 2 below and relive Part 1, here.

5.) The underdog story of the year: Teruel, Race 1

As the higher temperatures favoured the SCX tyre, Michael Ruben Rinaldi (Team GOELEVEN), who was growing in stature race by race, took a gamble aboard his Independent Ducati Panigale V4 R. The gamble would turn out to be one of the most magical victories in recent years as the Italian youngster stormed the race to lead from lights to flag and pick up his and his team’s first ever win. One of the biggest surprises of the entire year, there were tears of joy for Rinaldi on the podium.

Going into Sunday at Phillip Island and the Tissot Superpole Race was absolutely electrifying. Relentless passing between Razgatlioglu and Rea got the crowd on their feet and it looked like going the Turk’s way, but Rea had other ideas. A sparkling pass at the final corner saw him snatch the win on the final lap and for him, his first points of 2020 and all less than 24 hours since his grandmothers passing. Emotions were high for Jonathan Rea, but like a true Champion, he won when it mattered.

After all of the challenges off-track and new challenges on it, Jonathan Rea’s calm demeanour saw him take a record-breaking sixth title, to join a fairly exclusive club in motorsport. He thus became the first motorcycle rider to achieve six consecutive FIM Solo Road Racing World Championships since Giacomo Agostini across the 60s and 70s, a startling achievement from the Ulsterman. Congratulated by rival Scott Redding in Parc Ferme, great sportsmanship was shown all round.

To say that Estoril was an emotional rollercoaster would be an understatement; lots of riders changing teams, people coming and going and the end to what had been a difficult season. However, Chaz Davies (ARUBA.IT Racing – Ducati) was in his final race for Ducati and with personal messages on the fuel tank, he went out to show the paddock what he was made of. Storming to victory, Davies signed off his factory Ducati career on a high and the Parc Ferme emotions were clear for all to see. Tears in the eyes of everyone, a fitting end to a phenomenal 2020 WorldSBK season.

Get ready for more in 2021 and enjoy the build-up to the new season with the WorldSBK VideoPass!