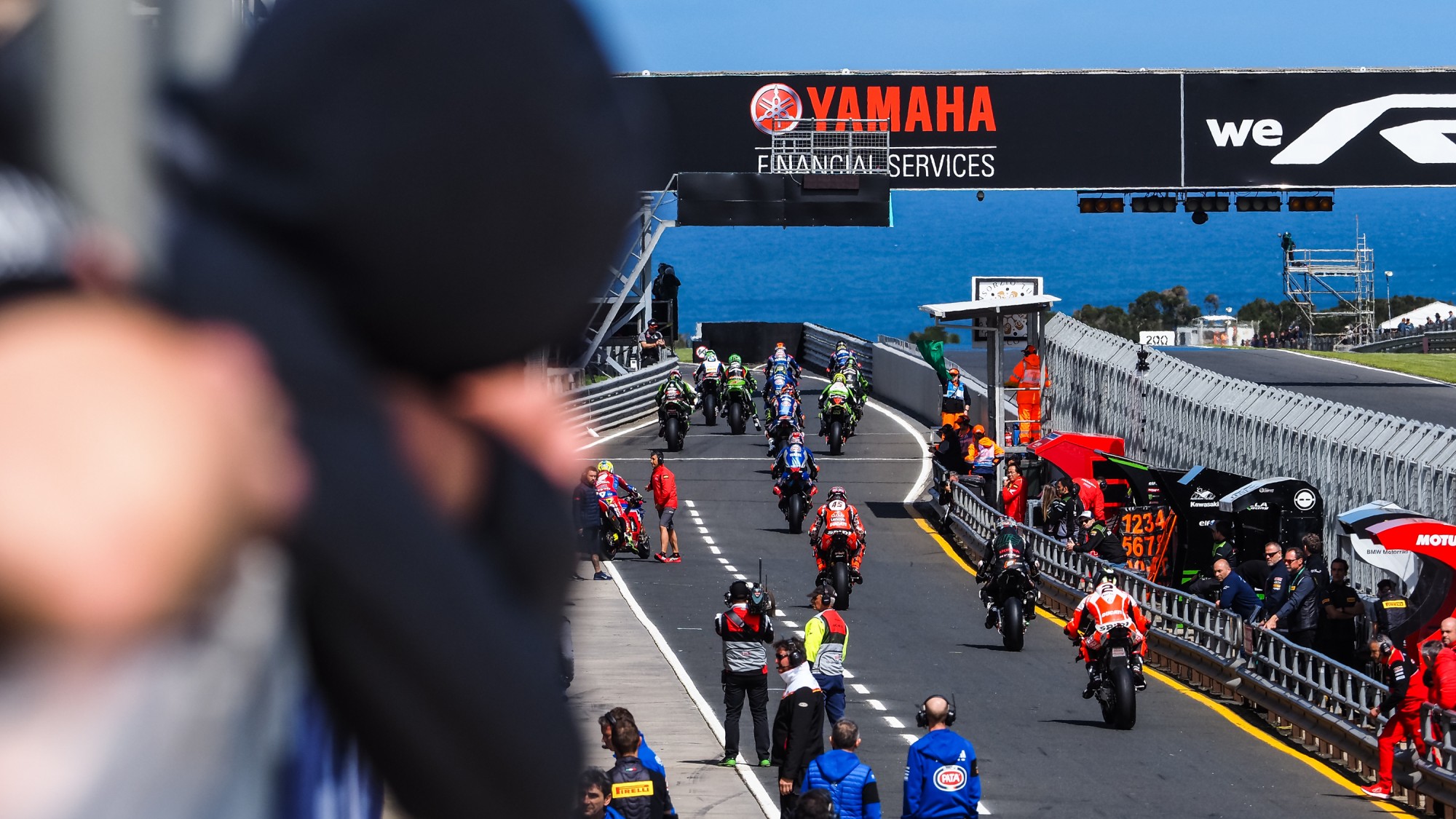 The top five all share their thoughts after the first day of action, with detailed analysis and vows to be in contention consuming Phillip Island…

The opening day of WorldSBK action in 2020 has been fruitful and exciting from start to finish, with numerous riders seemingly in contention for strong performances at the Yamaha Finance Australian Round. The 2020 MOTUL FIM Superbike World Championship saw the top 12 riders covered by just under a second after the first day, whilst there were plenty of talking points right through pitlane.

Finishing Friday on top was Scott Redding (ARUBA.IT Racing – Ducati), and the British rookie had nearly half a second on his nearest rival: “I was doing a race run to see how the tyres were; I wasn’t really abusing the, in the beginning. The first run was a bit of shakedown really, I was doing my thing and just making sure the tyres were working well, as we changed the set-up from the test, and it has improved quite a lot; I was happy with that. We are losing quite a bit of time in the first sector compared to the Yamahas, so we need to improve there but I think it is a little bit more of the characteristics of the bike.”

Despite all of his tenacity, Toprak Razgatlioglu (Pata Yamaha WorldSBK Official Team) was far from happy on the first day, although he was second come overall: “I’m not really happy because I push on some laps, but I feel some problems. The bike is sliding aggressively which is my big problem now; I don’t feel good turning the bike. In the last corner, this is a big problem especially. We try a new set-up and new tyres, which felt good. Tomorrow we will try to make a big step.”

Michael van der Mark (Pata Yamaha WorldSBK Official Team) on the other hand was far more upbeat and was ready to fight hard this weekend, stating: “It seems that we improved a lot. Last year we struggled a lot to be honest, only in the second race I improved a lot. This year we are a lot stronger. It can be another story and it should be another story. To be honest, if you look on the paper now, my last sector doesn’t look very good. On my fastest lap, I had a massive moment coming out of the final corner, so I’m not really worried that it’s going to be my weakest sector. But everybody loves their own sector on this circuit and for me that’s sector one.”

Pulling no punches, a positive first day of the weekend saw Leon Haslam come out fighting inside the top four. He states his intentions to be battling for victory come the races: “Honestly, I think we are close to fighting at the front. Sitting on the grid tomorrow, the concentration is to win. Right now, we still have some good practices to find a good setting, which will help us for the race. The target is always to win, but we will see, for sure it is never easy. The Ducati is super strong, especially with Scott this year, Jonny is there every year and the Yamahas are looking strong too. It is never easy but so far, so good.”

Another impressive display came from Loris Baz, as the Frenchman shone and made it three Yamahas inside the top five: “The last section is the most from the tyre, so when you are doing a long run in preparation for the race, you have to take care in this section, as this is the one where you will kill the tyre. We just did long runs as at the start of the session, we had a technical issue so we couldn’t do more or less half of the session. The pace seems good and it is something we’ve worked on since Monday. I am really happy so far and anything is possible, that is the cool thing with this sport. I don’t have any targets apart from to be as fast as possible and if we can fight for victory here then great, or maybe the next round.”

Make sure to follow all of the action throughout the first round and beyond with the WorldSBK VideoPass!