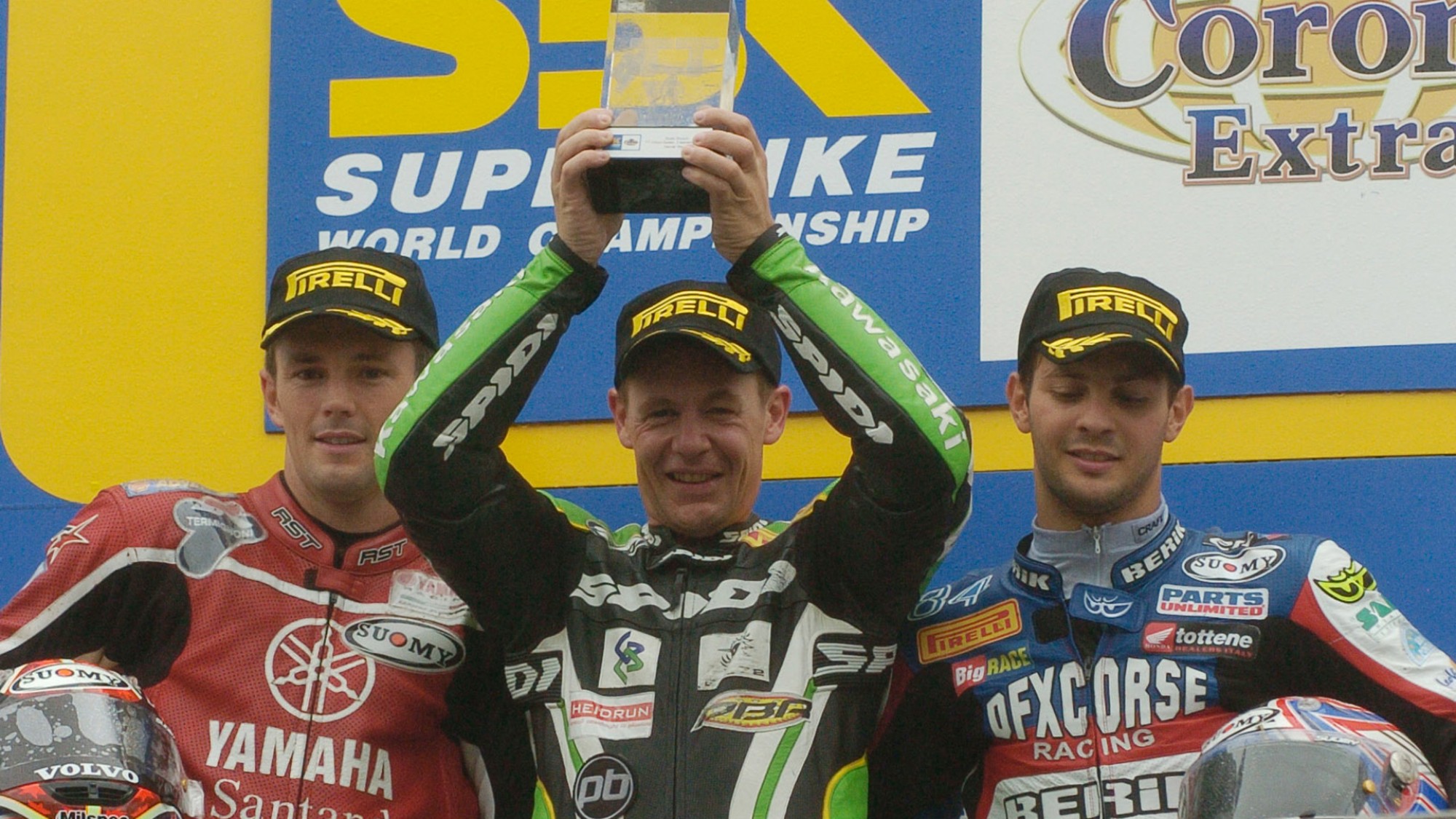 It’s not often that some qualifies 13th, runs off at Turn 1, comes from over 20 seconds back and still wins: but after all, Chris Walker’s wet weather prowess at Assen in 2006 was pretty special

The 2006 WorldSBK season will be remembered for many things. The sheer dominance of Troy Bayliss, as he romped to eight consecutive wins on his way to 12 victories and a second WorldSBK crown; the last victory for Troy Corser, the much-anticipated arrival of Alex Barros, the departure of fan-favourite Pierfrancesco Chili and new rivalries between young blood and seasoned veterans.

However, at Assen, there was something that nobody could’ve predicted in their wildest dreams and imagination. Chris Walker’s rather unassuming 13th place on the grid would be just the start of one of WorldSBK’s most unpredictable races. At Turn 1, Walker went off track in the pouring Dutch rain, seeing him drop to 26th and last place. The British rider had a mountain to climb and was more than 14s behind.

Having begun his comeback, Walker’s race suddenly came alive as he picked his way through the pack, back to the points positions by Lap 5. He was helped along by the crashes from Troy Corser, Yukio Kagayama, Sebastien Gimbert, Troy Bayliss and rival Karl Muggeridge, as well as problems for James Toseland amongst others. However, with nine laps to go, he was over 20 seconds behind race leader Noriyuki Haga. That was until Haga crashed and with seven to go, the “Stalker” made his move for the race lead on Andrew Pitt and cruised home with just less than a five second advantage. The race has recently been cast as the greatest comeback of all time in WorldSBK.

You can enjoy the highlights from that race here. Relive the drama as it happened with the full Race 1 from Assen in 2006 here!

Make sure to enjoy even more dramatic action when 2020 resumes with the WorldSBK VideoPass!