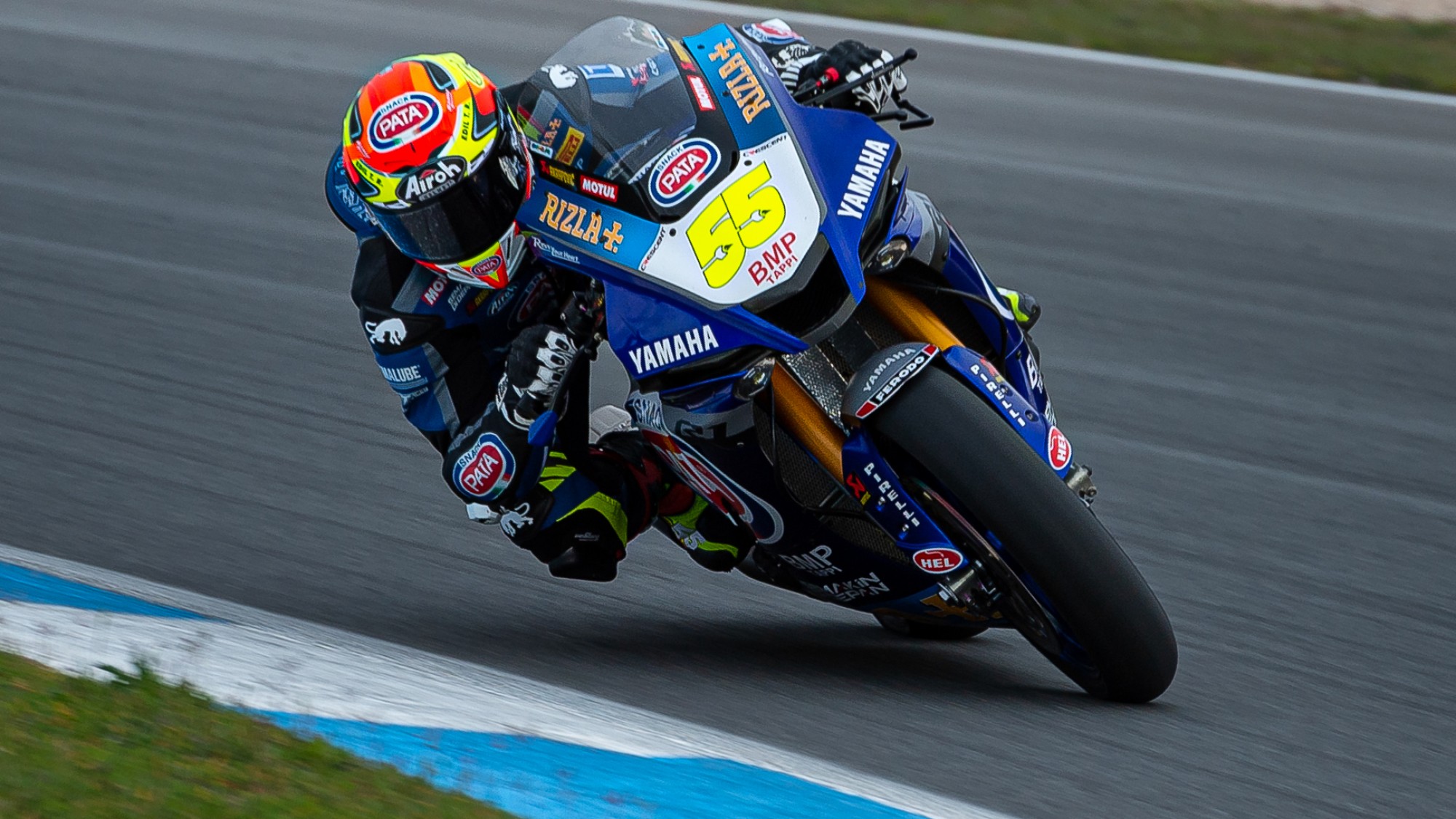 As the curtain draws on the 2020 FIM Supersport World Championship season, we see big moves and changes ahead of the 2021 campaign. The top four teams in the Teams’ Standings at the end of the year will all feature new line-ups to a certain degree, mainly due to the fact that of those four teams, three of them see their riders graduate to the World Superbike class for 2021 – the only exception at the moment is Corentin Perolari, who leaves the GMT94 Yamaha team but with no future plans announced. However, with Andrea Locatelli (BARDAHL Evan Bros. WorldSSP Team), Lucas Mahias (Kawasaki Puccetti Racing) and Isaac Viñales (Kallio Racing) moving on up, how will they get on in their new class?

If Andrea Locatelli transitions to WorldSBK like he did to WorldSSP from Moto2™, then we can be in for a shock. It’s unlikely to be as dominant but Locatelli is a class act and there’s certainly no denying that. He’ll be the first Italian rider in a factory Yamaha team on a full-time basis in WorldSBK since Marco Melandri in 2011 and he was a rookie that year too, finishing second. His lap time on the R1 Yamaha during Monday’s test at Estoril would’ve been good enough for 20th in Superpole already, after just a few laps, 2.6s from Razgatlioglu’s fastest time. Considering that was his first run out on the WorldSBK-spec bike, that’s pretty impressive.

Moving onwards to Lucas Mahias and for him, he remains with Puccetti Kawasaki but jumps up to WorldSBK in replacement of the departing Xavi Fores. Mahias’ final six races of the season saw him take two wins and out-score Champion Locatelli by two points, so he finished his World Supersport career on a high. Opting not to run in the Estoril test on Monday, Mahias and Puccetti will be eager to ready themselves for the year ahead. Mahias has some previous WorldSBK experience with Pedercini; back in 2016 for Pedercini Kawasaki, he was a top ten finisher as a replacement rider. Will he be a surprise as a full-time rookie in 2021?

ORELAC Racing VerdNatura always decide to something a little leftfield, right from their equally as surprising announcement to join the WorldSBK class back in 2018. After two years with Leandro Mercado yielded top six finishes, it was Chilean rookie Max Scheib who led the team this year, with him achieving a best of seventh in Race 2 at Phillip Island, where he was also best Independent. For 2021, the Valencian team bank on Isaac Viñales to deliver the goods. Viñales, who hasn’t won a World Supersport race, enjoyed five podiums in WorldSSP competition and will be on a steep learning curve in 2021 – will he be a surprise at the front and instantly gel at his new home?

As well as these three penned signings, there were also two more WorldSSP riders testing WorldSBK machinery at the Estoril test on Monday who don’t have their future set in stone – or at least not announced. Loris Cresson competed in the inaugural Estoril Round for the OUTDO Kawasaki TPR squad and tested for them on Monday, whilst a surprise was Axel Bassani testing for the Motocorsa Ducati team and NOT Leandro Mercado, who was their 2020 rider, as he announced his farewell from the team. There are no plans yet for Mercado whilst Bassani’s future is still to be determined.

WorldSBK rookies from WorldSSP haven’t always had it easy. In the last few years, Sandro Cortese and Federico Caricasulo have stepped up but without great successes, whilst the last rider to come up to WorldSBK as the WorldSSP Champion and win a race was Chaz Davies, back in 2012. WorldSBK is a tough class to crack when you join from WorldSSP and it gets harder and harder when the depth of the field keeps growing. How will it be in 2021?

Follow all of the breaking news from WorldSBK in style with the WorldSBK VideoPass!