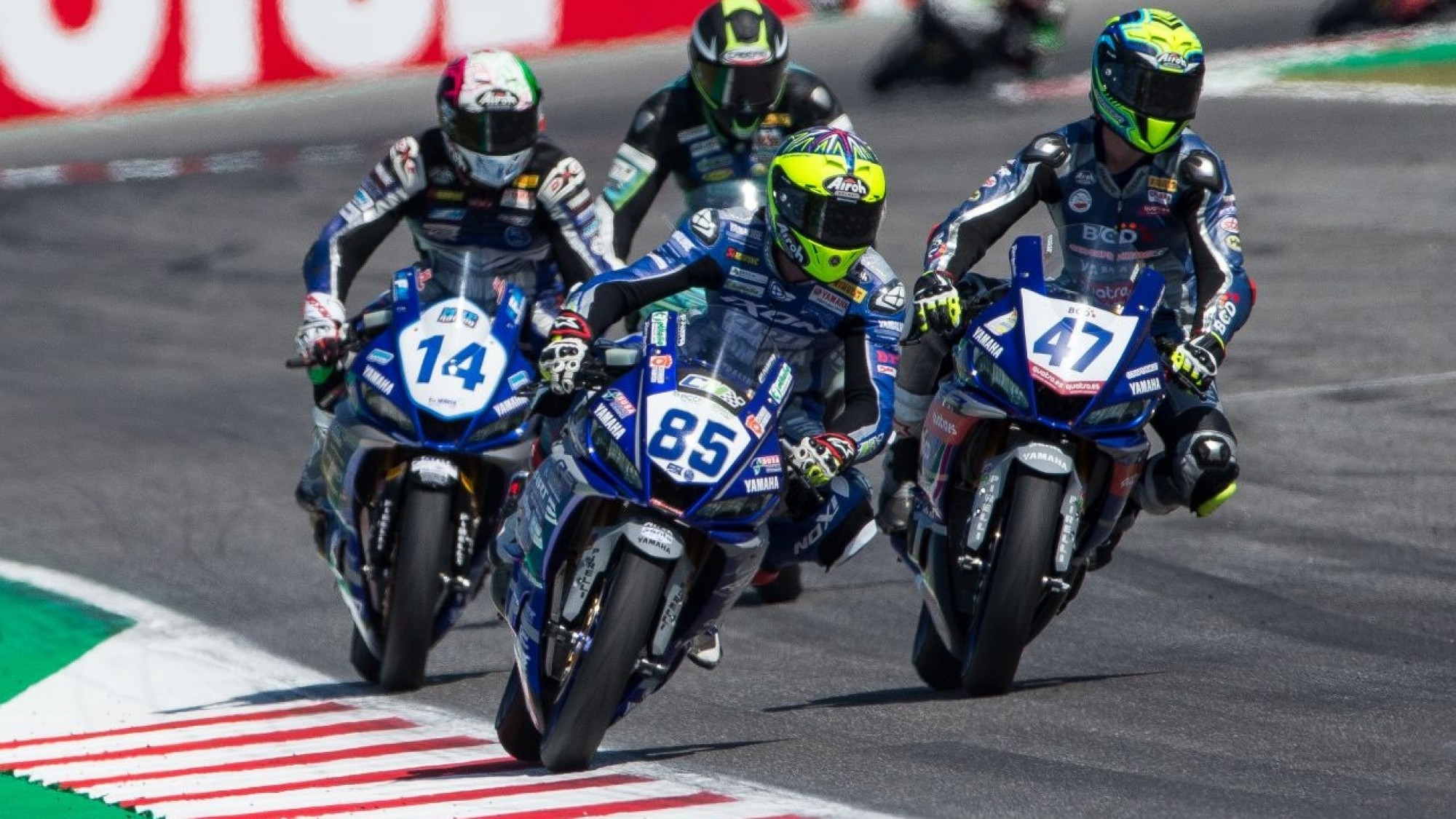 As 2020 nears, the all-new class for forthcoming season is ready to open the latest young motorcycle racing talent onto the world stage

Interest in the all new Yamaha R3 bLU cRU FIM European Cup, which will run alongside the FIM Superbike World Championship in 2020, has proved high, with young riders from Europe and beyond quick to sign up to showcase their talents on the world stage.

The announcement of the Yamaha R3 bLU cRU FIM European Cup has seen riders from as far afield as Brazil signing up within days to contest what promises to be an exciting addition to the race schedule at eight of the European WorldSBK rounds in 2020. Such was the demand that the age limit has now been raised to allow riders aged between 12 and 16 years to contest the inaugural season of the Yamaha R3 bLU cRU FIM European Cup and, while the 36-rider grid is filling up fast, there are still places remaining. Registration for this unique series will remain open only until 28th February 2020.

The Yamaha R3 bLU cRU FIM European Cup has been designed as the ideal first step for young riders with World Championship aspirations. The series will be contested exclusively aboard Yamaha's YZF-R3 machine, a race winner in the ultra-competitive FIM Supersport 300 World Championship already this season, with a grid of 36 riders from around the world expected to line up for the opening round in 2020.

The Yamaha R3 bLU cRU FIM European Cup will be a fully supported series, with riders provided with a race-ready Yamaha YZF-R3, a full riding package including Pirelli tyres, coaching and technical assistance for an inclusive cost of Euro (€) 35,000 per season, allowing them to simply turn up and race.

This cost includes a dedicated pre-season test at the Misano World Circuit Marco Simoncelli on 23rd March 2020, where riders will be able to familiarise themselves with Yamaha's YZF-R3 ahead of the first race of the season, which will take place at the Assen WorldSBK round over the weekend of 18th and 19th April. The series will be televised, with races also streamed online and shown live on the big screens at each circuit.

Alberto Barozzi, Yamaha Motor Europe bLU cRU Racing Manager said: “We have been overwhelmed by the response to the announcement about the all-new Yamaha R3 bLU cRU FIM European Cup for 2020. We expected a lot of interest from European riders looking to take their first steps on the world stage, but we've been pleasantly surprised by just how many riders from overseas, especially from countries in South America, see the series as the ideal stepping stone to racing in Europe.

“This was always our goal; to make the series accessible to all riders, regardless of their nationality, and I think the level of interest shows we've achieved this. We still have places on the grid available, but young riders looking to showcase their talents to a truly international audience will need to be quick, as registration for the inaugural Yamaha R3 bLU cRU FIM European Cup will close on 28th February 2020.”

Follow the action from the Yamaha R3 bLU cRU FIM European Cup and the rest of the WorldSBK paddock with the comprehensive WorldSBK VideoPass!