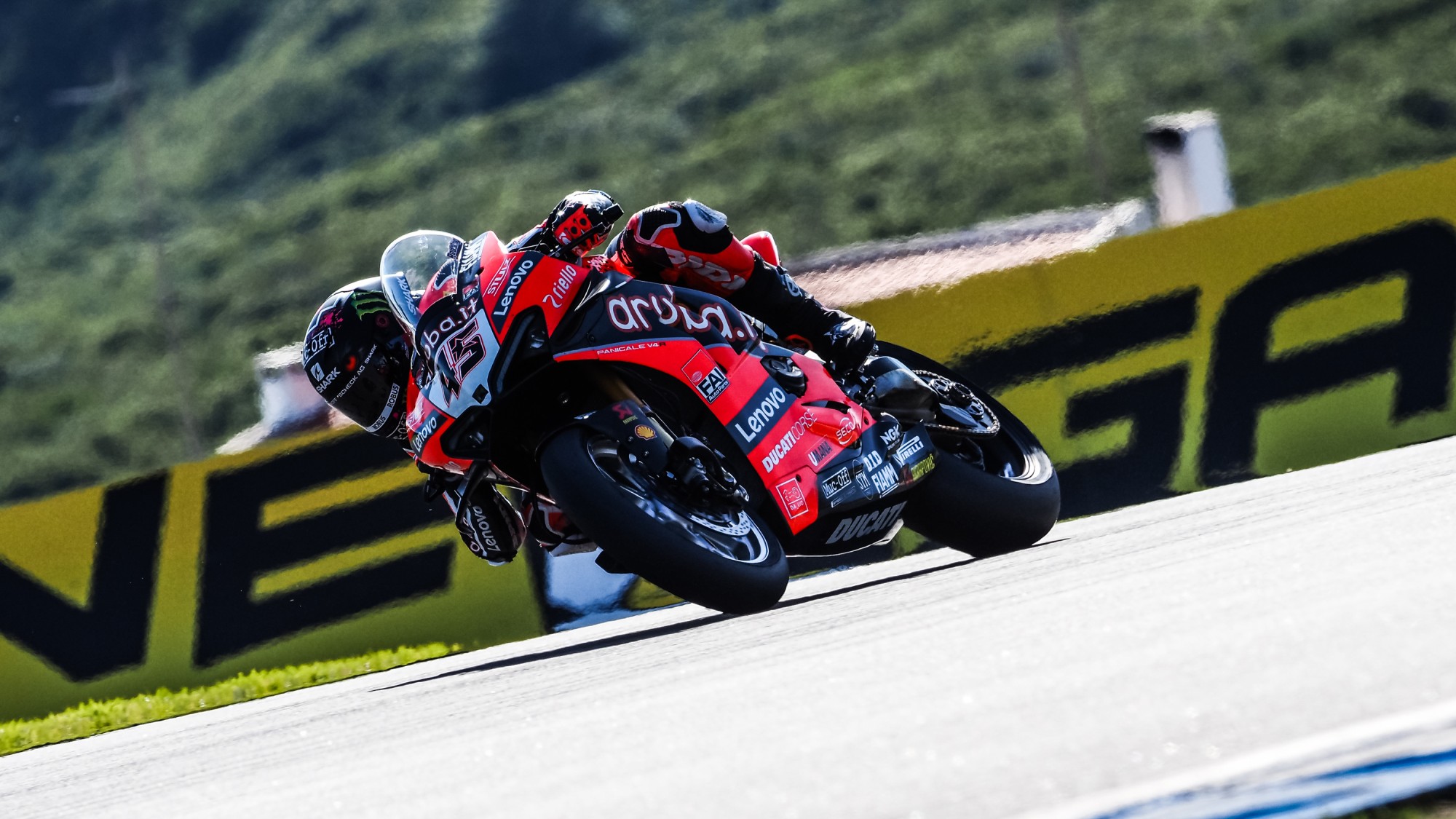 For the first time in 27 years, the MOTUL FIM Superbike World Championship took to the track at the Circuito Estoril with two Free Practice sessions and it was Scott Redding (ARUBA.IT Racing – Ducati) who topped the combined timesheets as he used his experienced at the Portuguese circuit to this advantage in the early stages of the Pirelli Estoril Round.

Redding had set the pace in the morning Free Practice 1 session and backed that up with the fastest time in Free Practice 2, posting a 1’36.886s in the last few seconds of the second session to pip Toprak Razgatlioglu (PATA YAMAHA WorldSBK Official Team) to top spot; the Turkish rider finishing the day in second place. Frenchman Loris Baz (Ten Kate Racing Yamaha) showed strong pace throughout the day and finished in third place despite a crash in Free Practice 2.

Baz went into Turn 1 as he tried to find the limit but lost the front end of his bike and was unable to bring the bike back to the garage himself after damaging a water hose on his Yamaha. The Ten Kate Racing team were able to repair his bike and the French rider returned to the track with around 10 minutes left in the session.

Five-time World Champion Jonathan Rea (Kawasaki Racing Team WorldSBK) put in the fourth best time of the day as he looks to secure both his 100th win and six title across the Estoril Round weekend, edging out teammate Alex Lowes by just a tenth of a second. American star Garrett Gerloff (GRT Yamaha WorldSBK Junior Team) was sixth fastest despite an off in the second session; the third Yamaha rider in the top six of the combined times.

Chaz Davies (ARUBA.IT Racing – Ducati) finished the day in seventh places, less than a second away from teammate Redding at the front of the field as he beat wildcard Jonas Folger (Bonovo Action by MGM Racing) by just 0.002s; Folger making his second appearance of the season as a wildcard. He was around a tenth faster than Michael van der Mark (PATA YAMAHA WorldSBK Official Team) and Leon Haslam (Team HRC), who completed the top ten.

Alvaro Bautista (Team HRC) finished the day in 11th place as the Spanish rider looks to bounce back from a challenging Magny-Cours weekend; but the Spanish rider crashed in Free Practice 2 at Turn 7. Tom Sykes (BMW Motorrad WorldSBK Team) was in 12th place, ahead of Ducati-bound Michael Ruben Rinaldi (Team GOELEVEN) in 13th.

You can follow more WorldSBK action with the WorldSBK VideoPass!