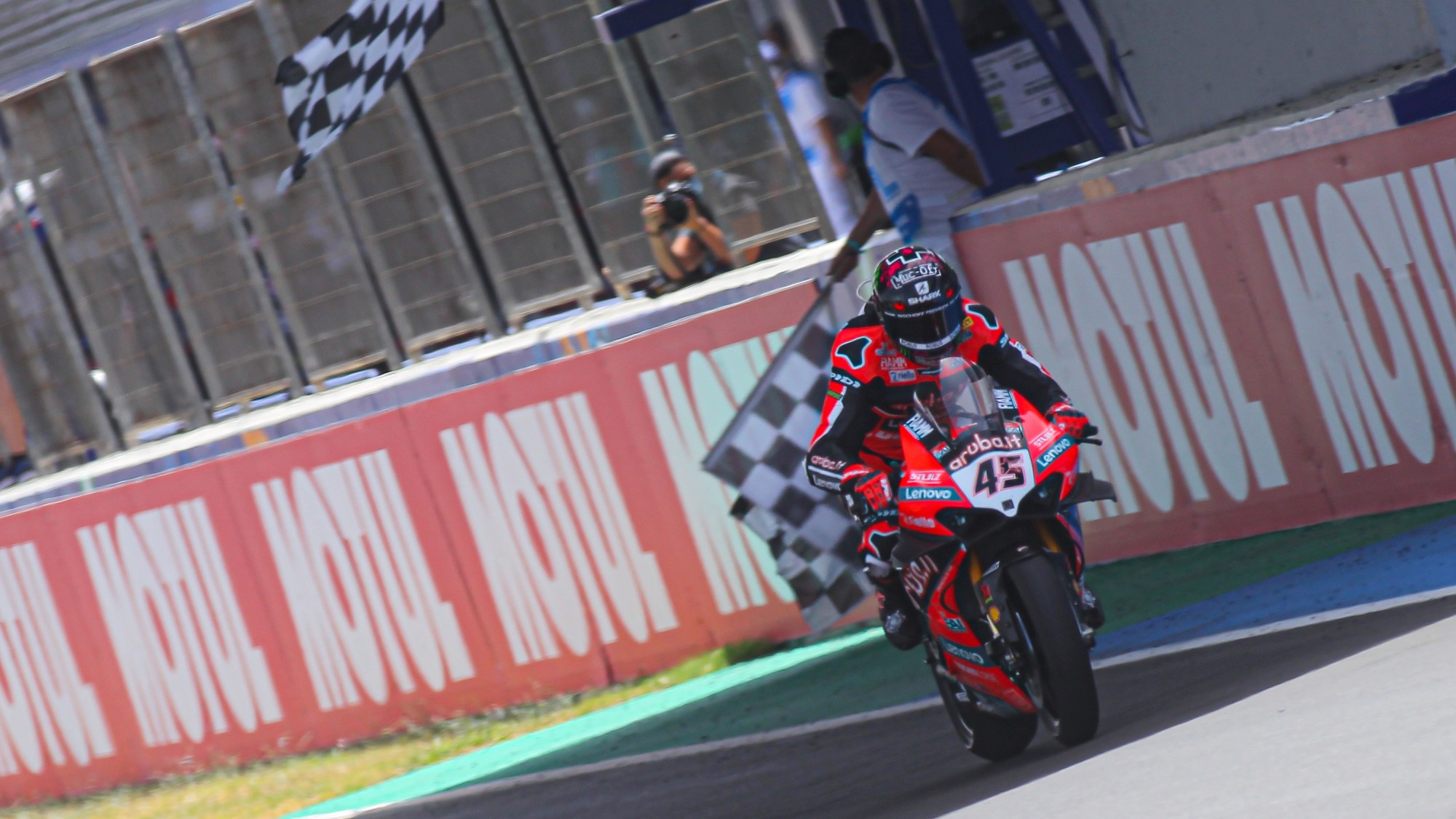 The long wait for race action in MOTUL FIM Superbike World Championship came to an end with a thrilling Race 1 for the Pirelli Spanish Round at the Circuito de Jerez – Angel Nieto. Scott Redding (ARUBA.IT Racing – Ducati) claimed a hard-fought victory to claim his first WorldSBK win; the first time since 2004 that there have been four different winners in the first four races.

IT'S A ROOKIE WIN!@Reddingpower makes it four different winners from the first four races, the first time that has happened since 2004!#ESPWorldSBK pic.twitter.com/8z2rYaVBBb

Redding had to fight his way past Toprak Razgatlioglu on Lap 11 to move back into second place, passing Turkish rider into Turn 6 to move into second place before instantly starting to apply the pressure to Rea. It took just three more laps before Redding would make the move for the lead.

The race winning move came on Lap 14 out of 20 when Scott Redding (ARUBA.IT Racing – Ducati) passed Jonathan Rea (Kawasaki Racing Team WorldSBK) down into Turn 6; using the power of his Ducati to get alongside before forcing the five-time WorldSBK Champion wide to claim the race lead and his first victory since moving to WorldSBK.

Rea came home in second place ahead of Razgatlioglu, who had to fend off a last-lap charge from Chaz Davies (ARUBA.IT Racing – Ducati) to hold on to third place. Davies tried to make moves at the right-hander of Turn 1 and around the outside of the Turn 6 hairpin, but he ran wide; Razgatlioglu holding on to take third place with Davies in fourth.

Loris Baz (Ten Kate Racing Yamaha) was the top Independent rider in the race with fifth place, running in the lead quartet for the majority of the race before a late charge from Davies moved him down to fifth place. Michael Ruben Rinaldi (Team GOELEVEN) continued his impressive weekend with a sixth-place finish from a 10th place start.

Alvaro Bautista (Team HRC) finished in seventh place, four seconds away from Rinaldi and almost in a race of his own in the latter stages as he finished eight seconds clear of eighth-placed Marco Melandri (Barni Racing); the Italian finishing an impressive eighth place after making up 11 places throughout the race. Alex Lowes (Kawasaki Racing Team WorldSBK), who led the Championship coming into the race, finished in ninth after being passed by Melandri in the latter stages.

Tom Sykes (BMW Motorrad WorldSBK Team) was running in the leading group but suffered a technical issue as he approached Turn 1 in the early stages of the race, ruling him out of contention in the early stages of the race. He was able to take the bike back to the pit lane despite the issue. Sykes was able to re-join the race on Lap 12; the issue not proving to be terminal.

Sykes’ issue was not the only issue during the race as Michael van der Mark (PATA YAMAHA WorldSBK Official Team) retired from the race on Lap 8, lots of smoke coming out the back of his bike forcing him to retire from Race 1 as he was running in the top 10. Federico Caricasulo (GRT Yamaha WorldSBK Junior Team) suffered a high speed crash at Turn 4 but was able to ride the bike back to the pit lane, although it ended his race, while Leandro ‘Tati’ Mercado (Motocorsa Racing) also suffered a crash at Turn 6.

You can follow more thrilling WorldSBK action with the WorldSBK VideoPass! 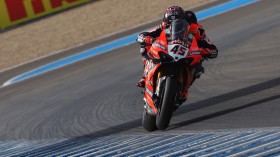