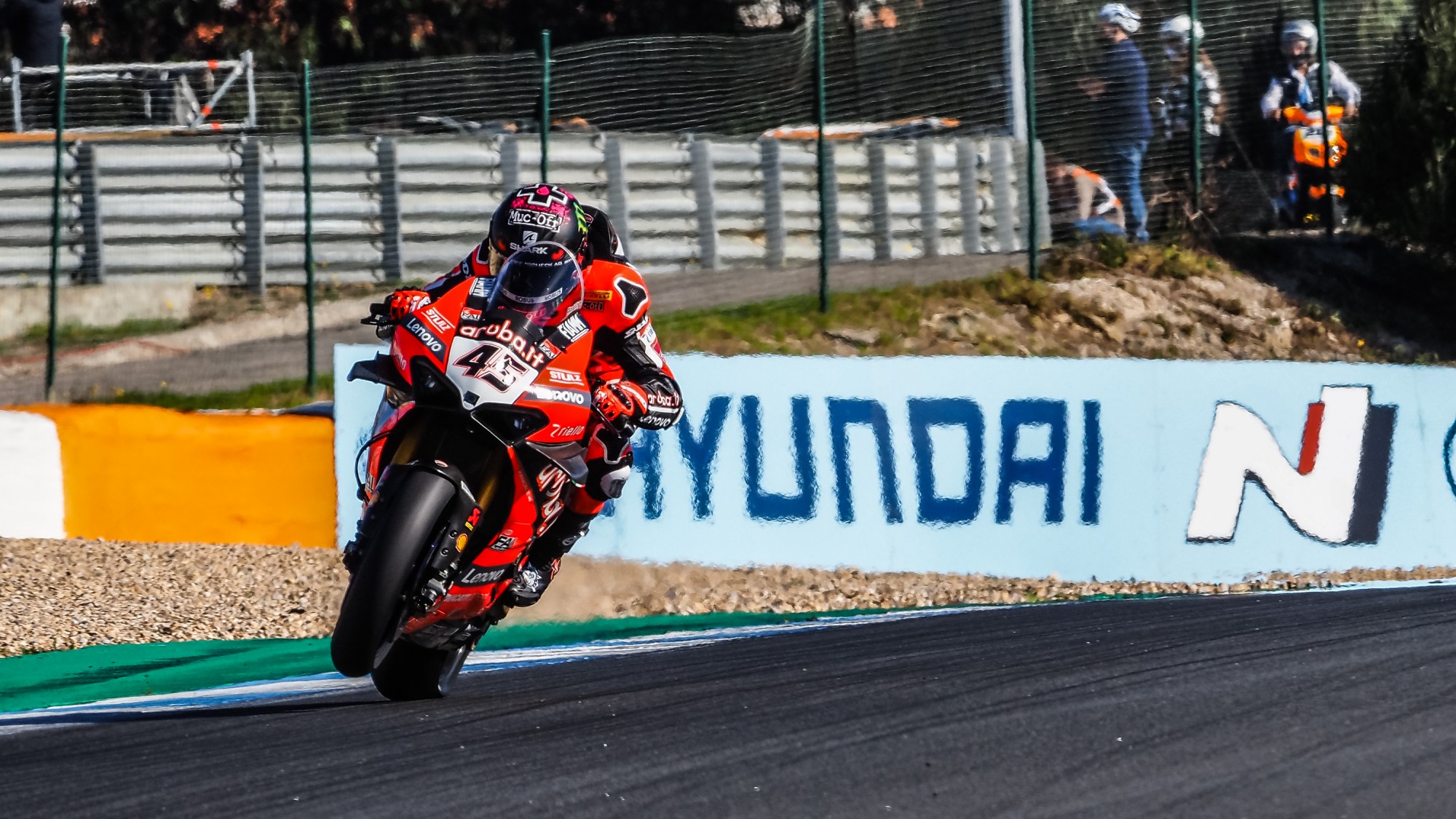 The MOTUL FIM Superbike World Championship returned to the Circuito Estoril for the first time in almost three decades with Scott Redding (ARUBA.IT Racing – Ducati) using his experience of the circuit to set the early running in the Pirelli Estoril Round as he topped the opening practice session of the weekend.

Redding raced on the circuit when he was competing in 125cc and Moto2™ and was straight on the pace at the Portuguese circuit as he posted a 1’37.181 to top the timesheets ahead of American sensation Garrett Gerloff (GRT Yamaha WorldSBK Junior Team) continuing to impress in his rookie season as he finished the session as the lead Yamaha rider. Loris Baz (Ten Kate Racing Yamaha) was third after the 50-minute session.

Eyes on the new track!

You can follow all the action from the Pirelli Estoril Round with the WorldSBK VideoPass!