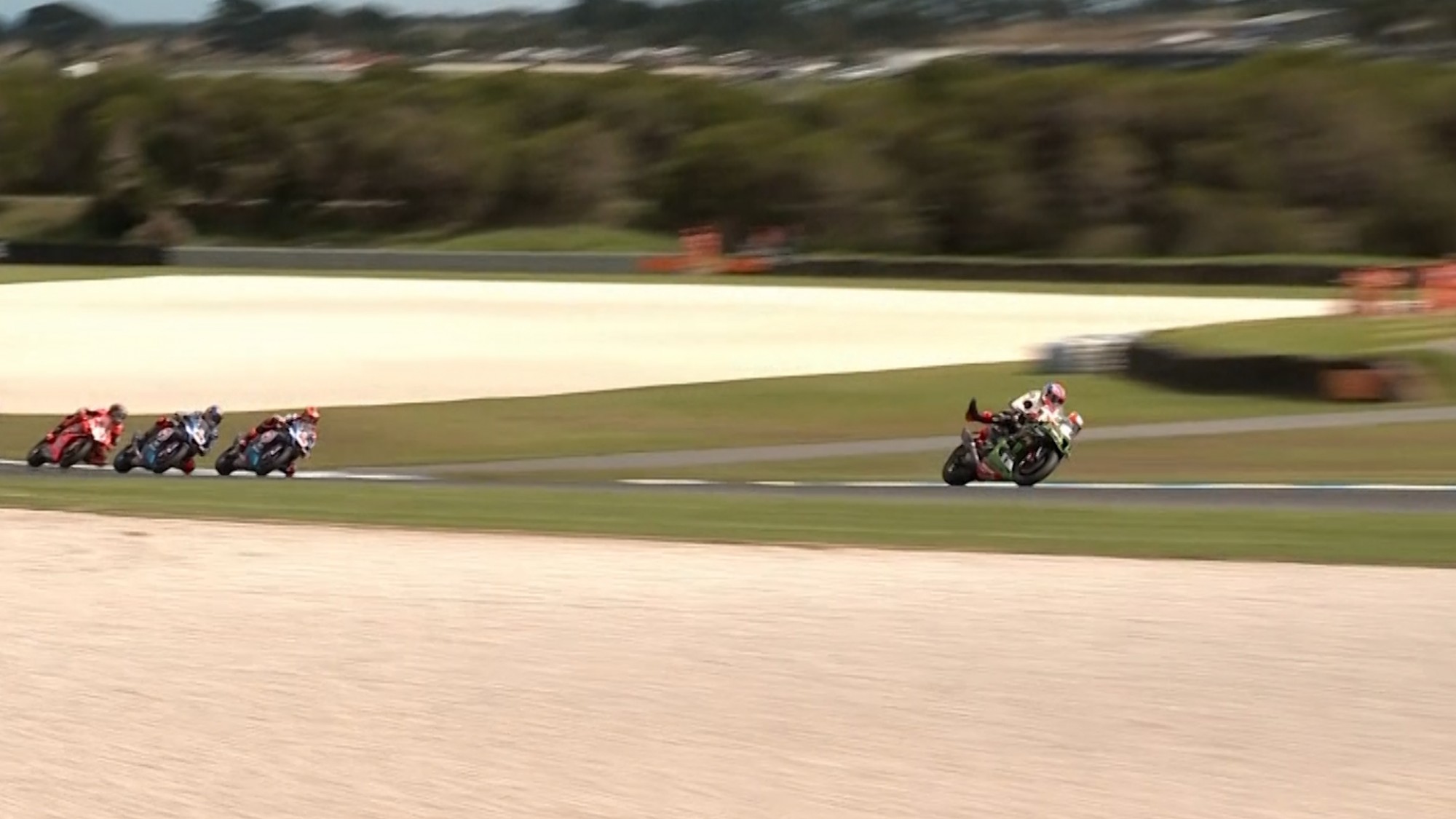 The 2020 MOTUL FIM Superbike World Championship season started with controversy as polesitter Tom Sykes (BMW Motorrad WorldSBK Team) and five-time Champion Jonathan Rea (Kawasaki Racing Team WorldSBK) made contact on the opening lap. Rea had jumped to the front at the start, but Sykes fought back with Rea taking to the gravel at Lukey Heights following the incident.

The incident occurred at Turn 9 on the Phillip Island circuit, a long, left-handed corner. Both were able to continue but Rea had to take to the gravel on the outside of the corner before he could re-join the racetrack and eventually did in 18th and last place. A high-speed accident on Lap 5 as Rea made his way through the field meant he didn’t finish the race.

Both riders gave their view on the incident, with Rea saying: “I got a really good getaway. Then Tom came up the inside at Turn 4, I went back inside. Just going into Lukey Heights, I got hit from behind and that’s all I knew. I was very lucky to keep it upright in that gravel as it got quite deep – I used all my motocross skills! I guess I was dead last with a huge gap, I went into tyre conservation mode, but I was super-fast, I was catching the guys in front. When I caught the guys, I made some passes stick, but the pass on Rinaldi I went around the outside and got too far offline and onto the bumps and lost the front and rear together. I am pretty frustrated with myself as I thought we were making good headway until that point.”

This is the first time Jonathan Rea has not finished the first race of the season in his WorldSBK career.

When discussing his day, Sykes commented: “It was a very tricky race. We got off to a decent start then got caught out on the first lap by Jonathan into a couple of turns. One was Turn 3, that almost caught me out. And then obviously I didn’t learn from my mistake because on his entry into Lukey Heights, the slow entry he had, again caught me out. I wasn’t able to pull my bike down and there was contact. So, sorry for that. It’s never nice to make contact in this sport, especially the speeds we’re doing. It’s a shame he wasn’t able to stay on the track from a racing aspect.”

With battle lines drawn, you can watch the remainder of the round and the season with WorldSBK VideoPass!