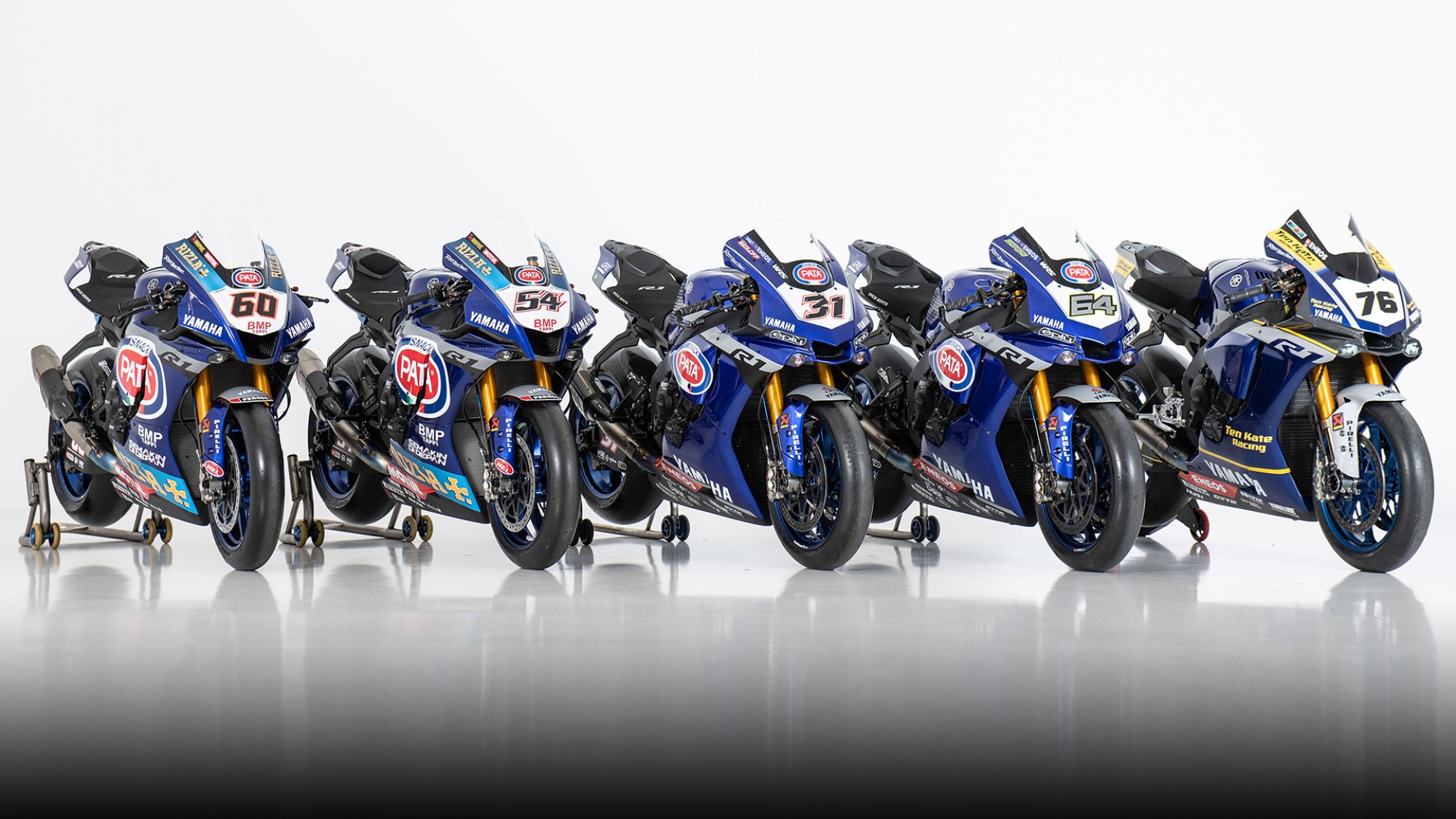 Ahead of the 2020 MOTUL FIM Superbike World Championship, the PATA YAMAHA WORLDSBK OFFICIAL TEAM have pulled the covers off their title challenger and unveiled their colour scheme for the forthcoming season. Both Michael van der Mark and new teammate Toprak Razgatlioglu will showcase the resplendent Pata Yamaha livery, which remains more-or-less identical to the 2019 colours.

Pata enter their fifth season with Yamaha, having been partners with Honda, Ducati and Aprilia before that. Sylvain Guintoli and Alex Lowes were the first riders together with the Pata Yamaha project, but now, with both riders moving on, Michael van der Mark enters his fourth season on the bike whilst Toprak Razgatlioglu enters his third season in the WorldSBK category, his first at Yamaha.

Van der Mark has been a race winner in the last two seasons and will want to be a title contender in 2020, with the new YZF R1 being unleashed onto the WorldSBK grid. Three wins and a WorldSSP title to his name, the Dutchman’s goal of more consistency and a return to the top three in the standings overall are realistic and achievable.

Over on the other side of the garage, Razgatlioglu stunned everyone during the same weekend Michael van der Mark won his first WorldSBK race; back in 2018 at Donington Park in Race 2, the Turkish rider burst through the order to take a podium, just behind van der Mark. Last season, Razgatlioglu won in fine style in a final lap shoot-out with Jonathan Rea at Magny-Cours in Race 1, which was the 800th WorldSBK race and an instant classic.

Yamaha also launched their Independent team liveries too, with the GRT Yamaha WorldSBK Junior Team and Ten Kate Racing Yamaha remaining in more or less the same colours as 2019. Both teams were well within the top four throughout the season, with the GRT Yamaha set-up achieving a podium in their first ever WorldSBK with Marco Melandri and front rows with Sandro Cortese.

In 2020, GRT field reigning WorldSSP runner-up Federico Caricasulo alongside MotoAmerica Superbike race winner, Garrett Gerloff. At Ten Kate, Loris Baz achieved 16 top ten finishes despite missing the first 13 races. He was challenging for the podium towards the end of the season.