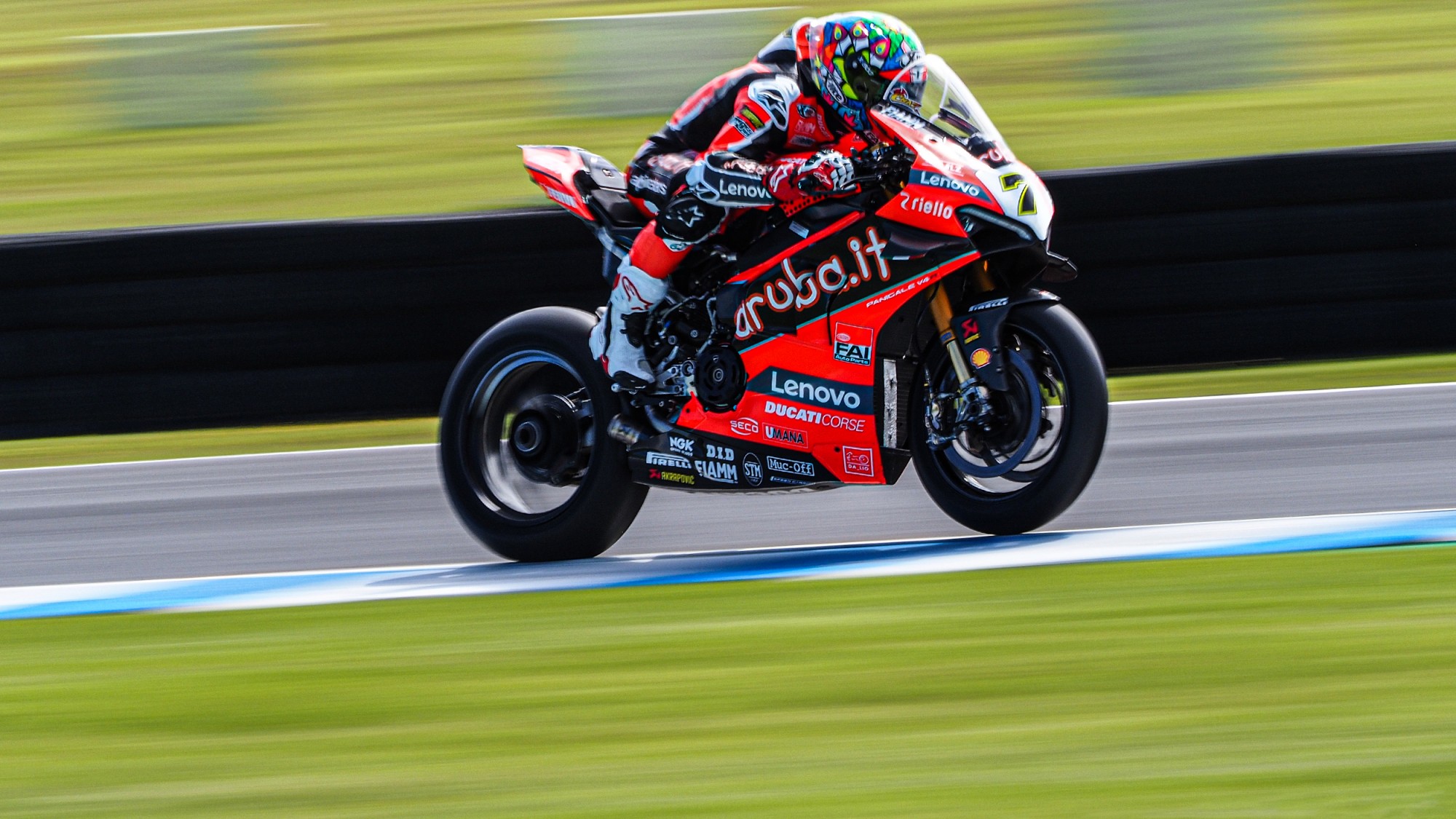 The close racing at Phillip Island told a story of competitiveness in the Championship, with all five 2020 manufacturers in the all-time top speed records

Phillip Island’s fast, sweeping final corner leading onto the start and finish straight gives MOTUL FIM Superbike World Championship bikes a chance to use their engines at full power. This can be shown by seven of the top ten speeds in WorldSBK history being recorded at the 2020 Yamaha Finance Australian Round,

All five manufacturers from 2020 – Yamaha, Honda, Kawasaki, Ducati and BMW – are represented in the top ten all-time top speeds list after the Phillip Island weekend. Ducati lead the charts with Kawasaki and Honda close behind. Yamaha’s fastest speed puts them sixth on all the time list while BMW are ninth.

It was an impressive run for Team HRC with their brand-new bike at Phillip Island in terms of top speed, recording the third and fourth highest speeds recorded with 329.3km/h and 327.3km/h. Alvaro Bautista and Leon Haslam rode their Honda CBR1000RR-R to the incredible speeds during the race weekend as the bike made its competitive debut. It was a solid start for Honda upon their return to World Superbike competition as a factory effort, with plenty to look forward to as the season continues.

The new top speed record was set by Chaz Davies (ARUBA.IT Racing – Ducati) as he recorded a top speed of 330.3km/h during the weekend. It was a full kilometre per hour faster than Race 2 winner Alex Lowes (Kawasaki Racing Team WorldSBK). The speed advantage Lowes had on the straight could be part of the reason he was able to pass then defend from teammate Jonathan Rea during the second encounter.

Rookie Scott Redding (ARUBA.IT Racing – Ducati) placed in fifth. Redding’s debut weekend in WorldSBK was a success after he scored three podiums for Ducati in the three races at Phillip Island. This means both factory Ducatis, like Hondas, are in the top five. Both the Honda and the Ducati feature some of the newest Superbike technology, showcasing the Championship at the forefront of technical innovation.

Race 1 winner Toprak Razgatlioglu (PATA YAMAHA WorldSBK Official Team)’s top speed was enough to put him sixth on the all-time list, as the lead Yamaha rider on the top speed records. He is just ahead of Loris Baz (Ten Kate Racing Yamaha) who, interestingly, set his top speed in 2020 despite running a 2019 engine. It shows the performance of the Yamaha engine throughout the last couple of years has been consistent; Baz was able to be in the front running group in Race 2 despite the year-old engine and led a race for the first time since 2014.

The first non-2020 record on the list belongs to two-time Champion Max Biaggi, set in 2012 on an Aprilia. The performance of the Aprilia eight years ago, recording a top speed of 324.6km/h, was enough to keep it ahead of Tom Sykes (BMW Motorrad WorldSBK Team), whose speed of 324.3km/h makes him the top BMW rider on the list, thus representing all five 2020 manufacturers.

You can watch more World Superbike action throughout 2020 using the WorldSBK VideoPass!