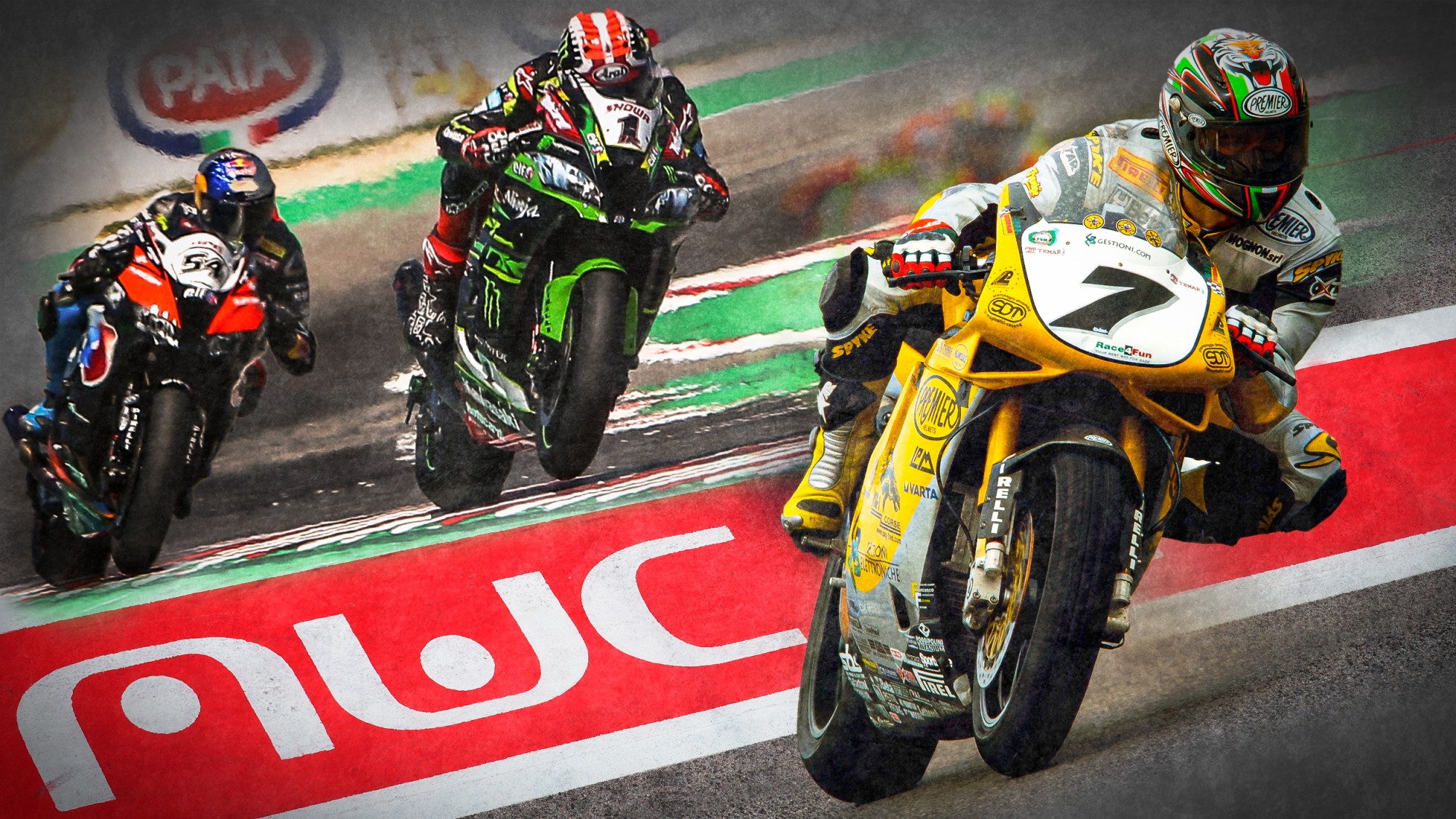 Unparalleled history, battles for the ages and an atmosphere like no other: welcome to Misano!

2020 has thrown everything at everyone, with the COVID-19 pandemic and its many consequences. However, the WorldSBK season is nearing its resumption and the final round of the year will be at the Misano World Circuit “Marco Simoncelli” – originally scheduled this weekend. Opened in 1972 and welcoming WorldSBK almost every year since 1991, many stars have graced the hallowed ribbon of tarmac; historic comebacks and breath-taking final lap battles, all kinds of fairy tales, records and memories can be traced back to this arena of excellence, enveloped in excitement and emotion.

The first ever visit saw Ducati’s Doug Polen do the double in 1991, albeit on a different direction and layout to today. Ducati eventually became the most successful manufacturer at Misano, 137km south of their Bologna factory. Of their 30 victories, some of their biggest names have won: Carl Fogarty, Pierfrancesco Chili, Troy Bayliss and most recently, Alvaro Bautista in 2019’s Tissot Superpole Race – Ducati’s 80th podium in Misano, a milestone not matched anywhere else.

Through the years however, there’s been plenty of iconic moments. 1994 saw Kawasaki hit the top step with Scott Russell – although they’d wait 20 years to do it again, whilst Giancarlo Falappa took victory in his final race before a career-ending injury. 1995 saw Mauro Lucchiari take his first double, which would turn out to be his only WorldSBK wins whilst 1996 saw John Kocinski become the first rider in WorldSBK history to achieve the double as a rookie on his debut. In 1999, Carl Fogarty took his first win at the track, following a final lap battle with teammate, Troy Corser.

The new millennium saw new battles and in 2001, Misano welcomed a duel with Troy Bayliss and Ben Bostrom in Race 1, before Bostrom started a five-race win streak in Race 2. Bayliss doubled up in 2002 – repeated in 2007 – whilst in 2004, one of the greatest races ever occurred. Pierfrancesco Chili stormed the field from 15th after an intermediate tyre gamble, passing Regis Laconi’s Fila Ducati on the last lap to take one last win. 2005 witnessed Laconi’s last hurrah whilst in 2006, Andrew Pitt’s first – and last – WorldSBK win. In 2008, it was Max Neukirchner’s second and last win in Race 1 and Ruben Xaus’ last win and podium with Race 2 victory

Jonathan Rea’s winning career started at Misano, when he won for the first time in Race 2, 2009. The sixth-youngest winner in WorldSBK, Rea’s added seven more wins to his tally at the track, all for Kawasaki. The manufacturer was back winning in 2014 with Tom Sykes’ double, before Sykes and new teammate Rea took a win each in 2015. 2017 saw a dramatic final lap clash with Chaz Davies and Rea, giving Tom Sykes a win. 2019’s Race 2 had a last lap Kawasaki showdown, as Rea denied Toprak Razgatlioglu a first WorldSBK win, making him the most successful rider ever at Misano.

Misano remains an unpredictable circuit for riders and manufacturers alike. Six constructors have won races whilst some seven have been on pole. 22 different riders have taken victory at the track whilst an additional 25 have achieved podiums. Having said that, Misano has played host to 19 double wins since 1991, with some of the most iconic being Aaron Slight’s first career double in 1998, Aprilia’s first double with Troy Corser in 2000 and Ruben Xaus’ first career double in 2003.

One of the most atmospheric events in WorldSBK, the 2020 version of Misano will be unequivocally different but as usual, unique and exciting. There will be as much action and drama as ever before and with a new weekend secured, we may well see one of the closest WorldSBK seasons in years played out in one of the most euphoric and historic settings. Year after year, history is made at this iconic venue and 2020, despite its best efforts, shall not deter more records being smashed.

Follow the return to action in World Superbike for 2020 with the WorldSBK VideoPass!