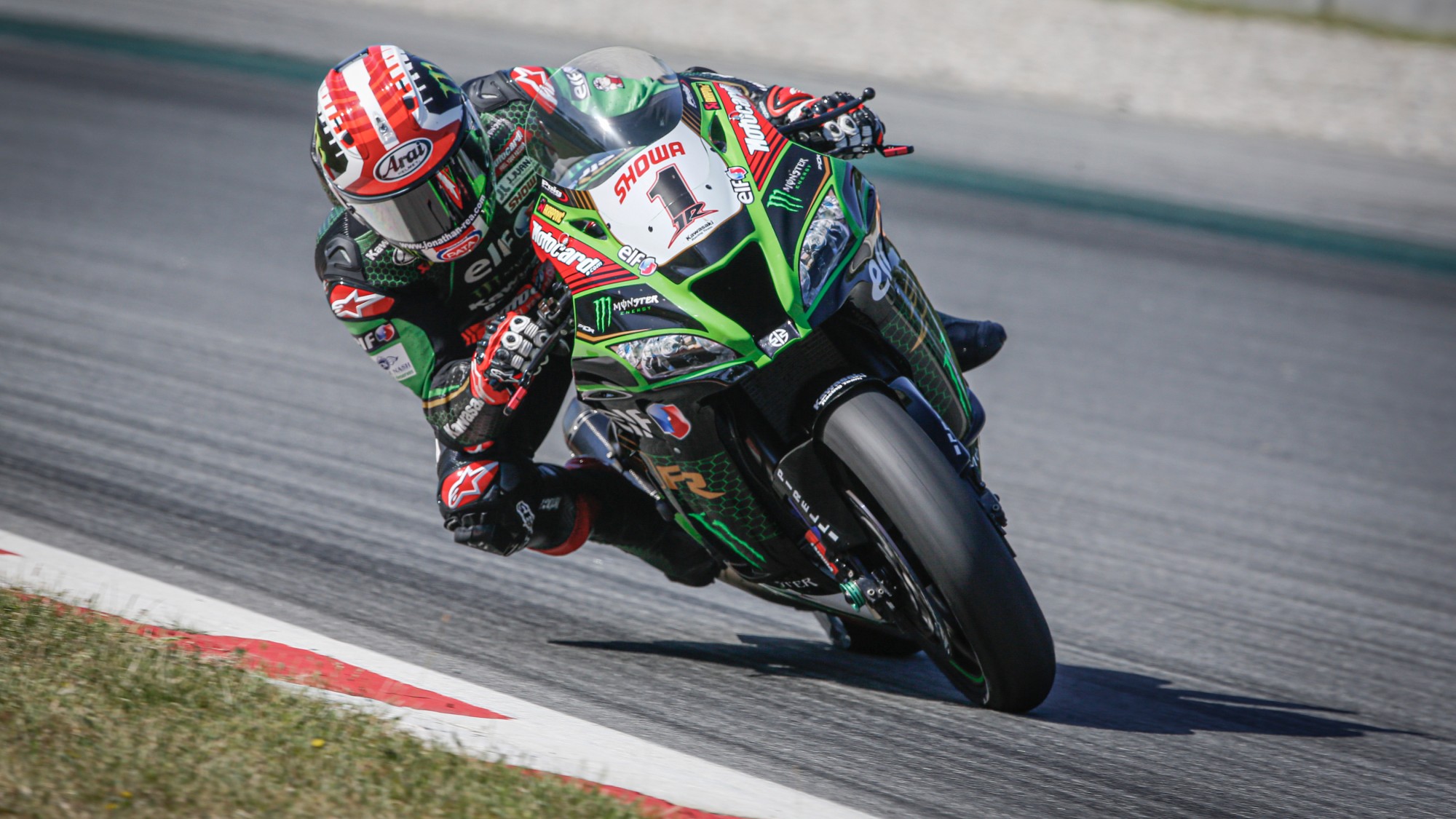 The 2020 MOTUL FIM Superbike World Championship is just weeks away from igniting the battle once again but before that, there’s plenty of testing. The Circuit de Barcelona-Catalunya welcomed the motorcycles back out on track this morning, with drama and excitement filling the first half of the day. Leading the way at the end of the opening session, it was Jonathan Rea (Kawasaki Racing Team WorldSBK), marginally clear of his pursuers.

With a track temperature of nearly 40 degrees Celsius, Jonathan Rea was fired up and eager to remind everyone exactly who is #1. The reigning five-time Champion set over 30 laps as he focussed on race setting and working in the high temperatures, whilst it was Scott Redding (ARUBA.IT Racing – Ducati) in second place and Alex Lowes (Kawasaki Racing Team WorldSBK) in third. Redding suffered a minor technical issue early in the session but was OK, whilst Lowes’ focus is on braking into slow corners and also, perfecting the set-up for the rear end of the bike.

It was an impressive start for Chaz Davies (ARUBA.IT Racing – Ducati), as he completed the top four. Davies made small, incremental improvements at Misano last month and now aims to dial in his Ducati Panigale V4 R in Barcelona. Inside the top five was the first of the Hondas and Alvaro Bautista (Team HRC), who was a late improved and returns to a circuit he knows well from his MotoGP™ days. Yamaha’s Toprak Razgatlioglu (PATA YAMAHA WorldSBK Official Team) was back up to speed. A new chassis part from Yamaha is at his disposal but the primary focus is the rider.

Departing teammate Michael van der Mark was sixth and looking for more grip, one second from top spot in seventh and seeking grip solutions. Eighth place welcomed the return to action for Eugene Laverty (BMW Motorrad WorldSBK Team), who didn’t test at Misano but has since enjoyed positive testing at the Eurospeedway Lausitz in Germany. He was just 0.002s ahead of teammate Tom Sykes, with both having chassis modifications and suspension work to do. Tenth place belonged to Loris Baz (Ten Kate Racing Yamaha), meaning he was top Independent.

Here we go! @garrettgerloff is out on track for the first time ever here at @Circuitcat_eng ! #YamahaRacing | #WeR1 | #RevsYourHeart | #WorldSBK pic.twitter.com/DkGc8c5dwW

Other notable moments throughout the morning included a small crash from Garrett Gerloff (GRT Yamaha WorldSBK Junior Team) at Turn 4, brought on by a small technical issue. Scott Redding’s tech issue didn’t hinder him as he went back out, but it was Leon Haslam (Team HRC) who suffered. A crash between Turn 7 and 8 brought out the Red Flag and the British rider was taken to the medical centre. He has a bandaged right ankle but was otherwise fine.

Top six after first session of day one:

Remember, you can enjoy the test and live timing here, whilst building up to the 2020 season with the WorldSBK VideoPass! 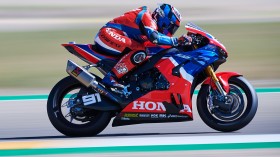 The ‘Pocket Rocket’ fended off his 2019 WorldSBK runner-up teammate, as Honda’s new WorldSBK project continues to go from strength to strength 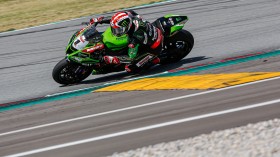