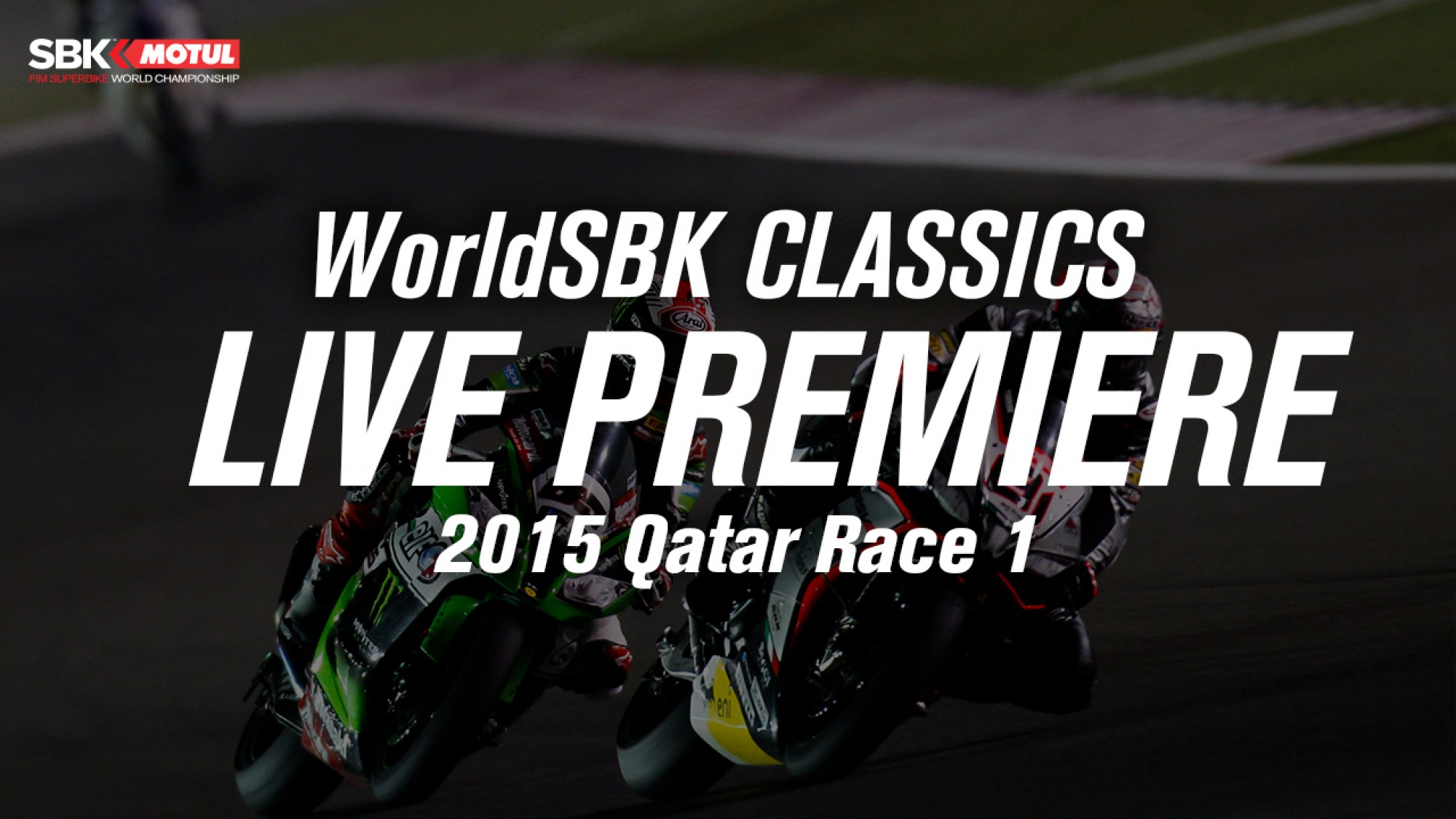 Jordi Torres’ (now MIE Racing Althea Honda Team) first win in MOTUL FIM Superbike World Championship will be premiered on WorldSBK’s Facebook and YouTube channels on Thursday at 2pm. Torres claimed a sensational victory in Race 1 at Losail in 2015 when he battled with Jonathan Rea (Kawasaki Racing Team WorldSBK) until the final corner.

Torres started the 17-lap race from sixth with Rea starting second, just behind polesitter Tom Sykes (now BMW Motorrad WorldSBK Team). Sykes led the race throughout the first half before his Rea overtook Sykes to take the lead. Rea’s lead would be short-lived as Torres claimed the lead after just two further laps.

The pair pulled away from Sykes and continued to battle throughout the final six laps of the race; the battle heading down to the final corner at Losail. Torres would hold on to claim his first ever WorldSBK victory as he held off Rea, who had recently claimed his first Championship.

Previous classic races that have been premiered can be found on our YouTube channel on this playlist featuring races such as Hockenheim 1996 Race 2 and Buriram Race 2 2016, plus more classics such as Carl Fogarty taking a sensational victory against teammate Troy Corser from Misano 1999 can be found on our YouTube channel as well as Max Biaggi and Noriyuki Haga’s epic battle from Donington Park Race 2, 2007 or Jonathan Rea (Kawasaki Racing Team WorldSBK) battling Chaz Davies (ARUBA.IT Racing – Ducati) at Aragon Race 1 from 2015. Pierfrancesco Chili’s stunning comeback from Misano 2004 is also available to watch.