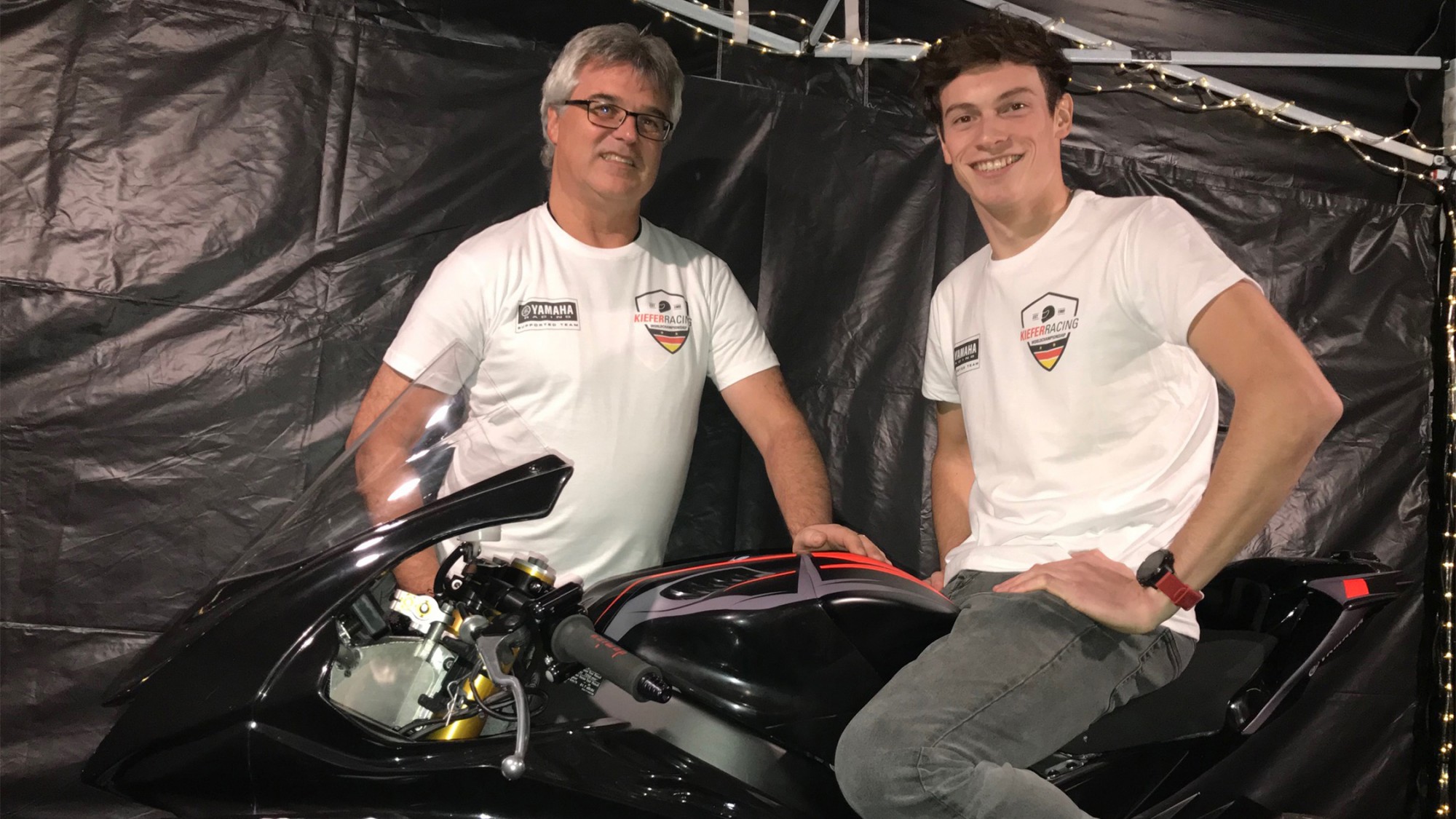 German team Kiefer Racing have recently announced that they will join the WorldSBK paddock for 2020 to contest their first season in the FIM Supersport World Championship.

The team presented their 2020 program on Friday 29th November, also introducing their line up for next year. Moving together to WorldSSP with his 2019 Moto2™ team, Lukas Tulovic will ride onboard one of the Yamaha YZF-R6 machines of the German squad, alongside 2019 WorldSSP podium finisher Thomas Gradinger, who will also join the new WorldSSP all-German speaking team for 2020.

Born in 2000, Tulovic began his racing career in 2013 taking part first in national championships before contesting for three years the CEV Moto2 Championship in Spain and picking up several podiums along the way. In 2018 he debuted in the Moto2™ World Championship with Kiefer Racing taking part to three events before joining the German racing outfit for a full season last year.
Continuing with the familiar environment of the Kiefer Racing team, a delighted Tulovic explained: "I am really looking forward to this new challenge, and I am very grateful to Kiefer Racing for having chosen to continue with me. Our plan was originally to grow together for three years in the Moto2™ World Championship, but then everything changed. Honestly, I am pleased about this new opportunity and happy that Kochen Kiefer still believes in me. Now we have a lot of work to do ahead of the new season, but I am highly motivated”.

Alongside Tulovic, Thomas Gradinger will be riding on the second bike of the team bringing over his wealth of experience to the all-new WorldSSP team. The Austrian rider joined WorldSSP in 2018 after becoming German Supersport Champion the year before. Gradinger made quick progress in his first season in WorldSSP, and by the end of the year, he became a regular top-5 finisher as he closed all the three remaining rounds of that year in fourth position. By the start of 2019, the Austrian also became a consistent podium contender with his Yamaha YZF R6 of Kallio Racing. At the 2019 MOTUL Dutch Round, he became the first Austrian rider to finish on the podium, as he climbed on the third step of the rostrum after an outstanding performance.

Eager to start working with his new team soon, Gradinger said: "I am so pleased to join Kiefer Racing and proud that such a prestigious team has chosen me! They won two World Titles, and I am sure that together we can achieve great success in WorldSSP too! I believe they have all the prerequisites to aim for a World Title in World Supersport. I have some experience in this championship, and that can help us achieve great results straight away. I am really confident ahead of 2020, and I’m looking forward to starting next season”.

Follow Kiefer Racing preparing their debut in the 2020 World Supersport World Championship with the WorldSBK VideoPass.