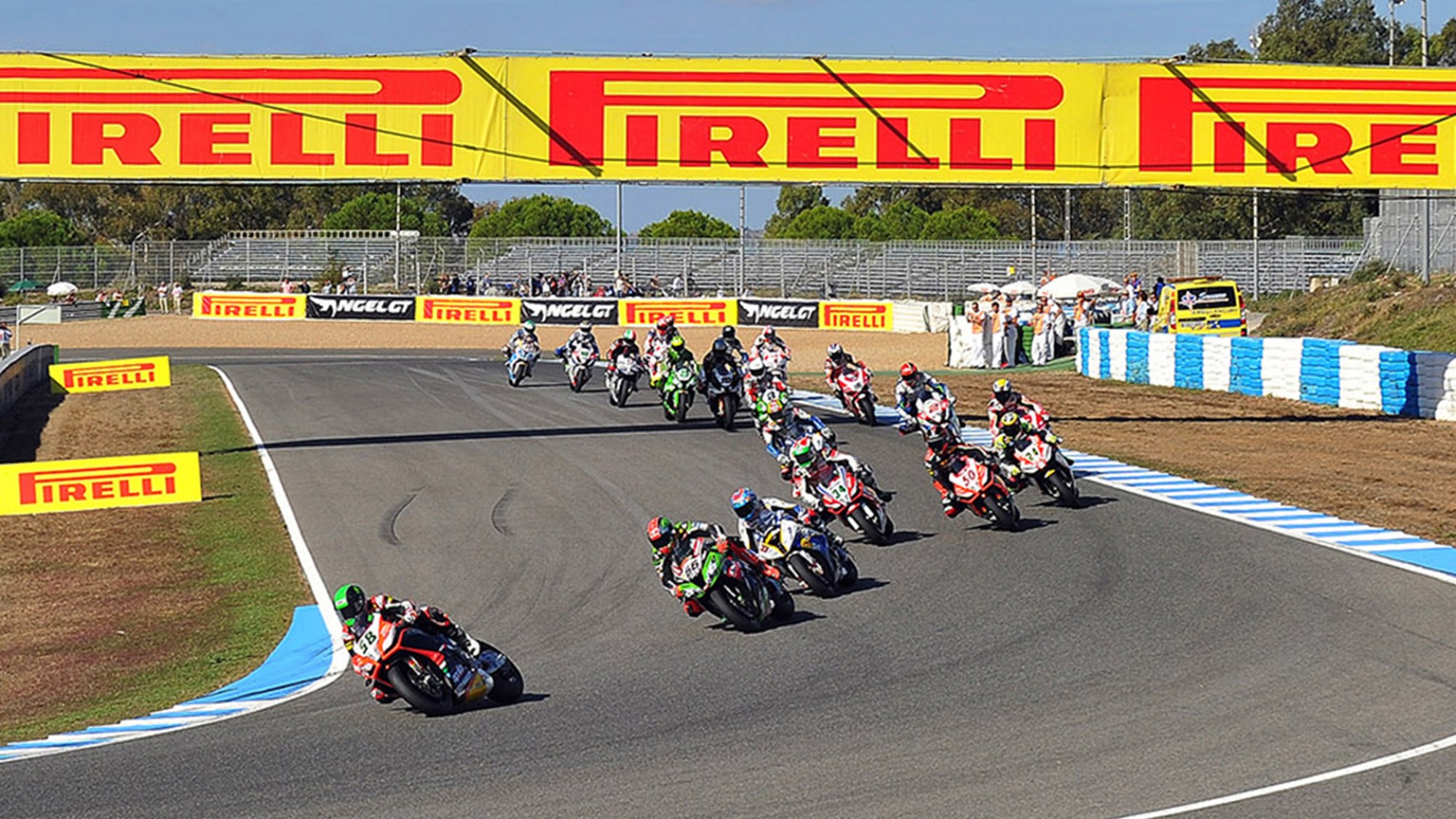 MOTUL FIM Superbike World Championship will be showing the full race from Jerez 2013 Race 1 on Facebook and YouTube. The live showing will begin at 3pm CET (GMT+1) and will feature the race in full as the Circuito de Jerez – Ángel Nieto held the final race of the season. Tom Sykes and Eugene Laverty (both now BMW Motorrad WorldSBK Team) led the Championship heading into the final race round of the season. Jonathan Rea (now Kawasaki Racing Team WorldSBK) was in the commentary box for the race.