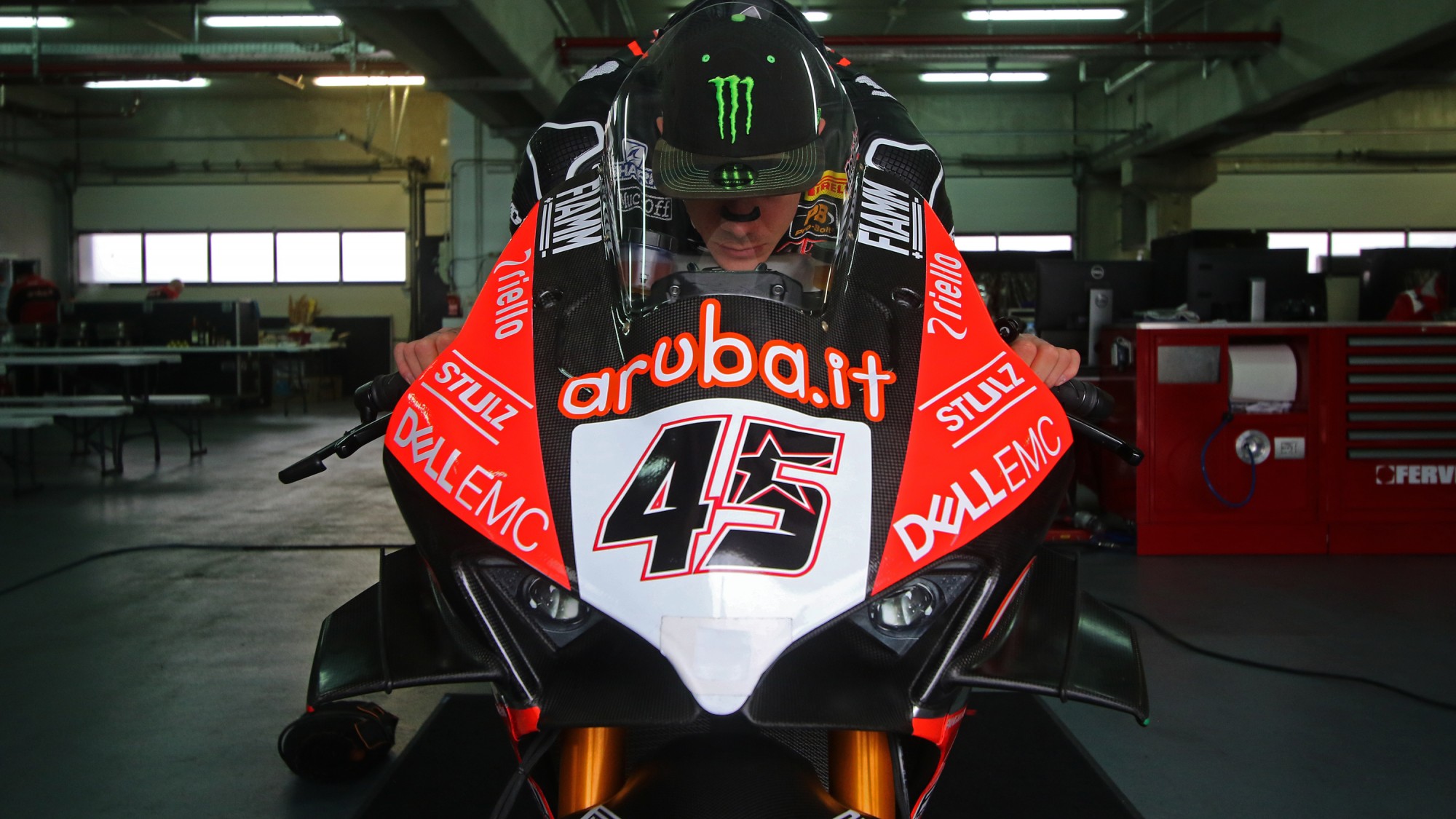 In part 2, the Aruba.it Racing - Ducati newcomer opens up on life away from the tarmac, including family, his passion for boxing and a newfound calmness and clarity

When half of your life is spent on racetracks, the highs and lows come as fast as the bike under you. But what happens away from – and beyond – racing? If part 1 of our interview with Scott Redding (Aruba.it Racing - Ducati) focused on the meat and bones of his career, this second and final installment dives into everything that has surrounded the 27-year-old along the way. He is, after all, “that same kid from Gloucester” – one that has the same joy as anyone else for family, friends or fiesta. Here is Scott Redding, in his own words.

I’ve been out of the UK my whole life. It never bothered me, I don’t get homesick. As soon as I turned 19, 20, I went to Spain and never really came back. I grew up like that.

I’ve got a great connection with my dad, my uncle and my sisters, but I don’t need to see them all the time. That’s the way it is.

My dad comes to a lot of the races, he was driving the motorhome for me in MotoGP™. He just likes watching the racing, he doesn’t really get involved. You won’t see him in the paddock at all throughout the day, he’ll come in the evening.

My uncle’s been by my side a lot of the time. He doesn’t like travelling so he wasn’t with me in MotoGP™, it’ll be a similar thing this year. It doesn’t make a difference to me if I’ve got a big clan or not. If people want to come and watch, there’s no pressure to me.

I’ve known Chaz for a few years. I used to race on his kart track when I was younger. He used to hand trophies out to me! We get along really well. I really like the kid, he’s down-to-earth, normal, no ego. I can’t say a bad word about him at all.

He had a similar situation to me, with really no money behind, working with average material. I maybe had that bit of a breakthrough where I just caught the eye; when I was just about to fall off the cliff, I got help.

I’ve had some d***head teammates and I’ve had some good teammates. It’s one of those things. Off-track, we can be civil; if I beat you, shake my hand and say, ‘well done’, because if you beat me, I’ll do the same. Some riders can’t do that, and we don’t get along well, but most of my teammates have been, within range, pretty okay.

I only started vlogging because I liked it. People would say that I should vlog, that I’m a character, I do mad s***… 80% of it I can’t show you! People want to see that. I’m trying to show to people that you don’t have to be this square robot, that can’t do anything to be successful.

When I went to BSB it was blowing people’s minds. I was staying out late at night, having parties in the motorhome, everyone having fun, dancing around – and winning the next day! People couldn’t get their heads around it!

Last year was so clear, I could be myself and still get results. I don’t want to change that. I want to show people how you can be and still be successful.

With the vlogs, if people look back to that now they’ll be like, ‘what motivated that kid to do it?’. And it’s probably that mix of hunger-slash-anger of not being able to show myself in MotoGP™. As much as the vlogging wasn’t ideal, it probably helped me to be successful again.

I do work hard, I still train. I broke ligaments in my leg last January; one month out. After three days training, I broke my femur. The team said: ‘you ain’t much use to us, see you later’, but I went: ‘hold up, I’ll be back for the first test’. It was in three weeks, but I didn’t care. Doctors said I needed 8-9 weeks. I didn’t have 8-9 weeks! I needed three weeks to be back. That was my mindset. I could only just about walk, but I could do it.

A lot of it’s in your mind, how much you want to be successful. You have to keep working away. A lot of people in that position would take 8-9 weeks off as an excuse. I was like: no, I can’t, I need to win that championship, I need to start now!

When I leave the racetrack, I don’t want to talk about racing anymore. When it’s done and the door’s closed, give it an hour and I’m done. People keep asking me the same questions, what about this, what about that… I get that it’s an entertainment thing, people like to talk about it. But racing is my job.

I have a mad passion for boxing. When I finished racing in 2018, there was a big part of me that thought, if I don’t race, I want to try and make it was a professional boxer. I can’t do the two, so I just do it for fun.

I love the way the technique is involved, the graft and hard work. It’s about you and the other guy. Racing is about you and your machine; your machine can play a big part in your results. In boxing it’s one-to-one in the ring – end of story.

For training it’s the best thing. It keeps you level, it keeps your feet on the ground. If you’re getting bashed about, it makes you think, ‘keep it real, keep it down’. It just makes you feel a calmer person, I like that.

I also do a lot of cycling and motocross, I enjoy that more, it gives me a lot of adrenaline. I also like to party a couple of times, don’t get me wrong. To be out with my friends and just send it real hard, have a good night. I want to go out and enjoy my life, I risk it enough!

Spending time with my girlfriend has been the biggest thing for me. Since I found her, she’s helped me a lot. I feel very content, grownup. I feel quite ready to be calm and grow up in a way where I can focus my attention on my other things, like the boxing and my racing. I don’t have to worry about other stuff around me. I feel safe.

Winter testing resumes in Jerez and Portimao next week – follow all the action thanks to WorldSBK VideoPass!